Opinion Your Airbnb guest could be a tenant. Until the law is cleared up, hosts are in limbo

In 2016, a Victorian court decided an Airbnb arrangement was a lease. 'Guests' could be protected by tenancy law, including against eviction. And in this case the host was evicted for subletting. 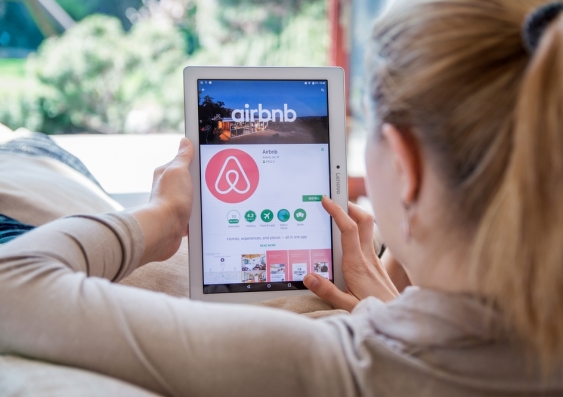 A Victorian court decision that an Airbnb agreement had the status of a lease has profound implications for guests and hosts. Image from Shutterstock

With summer holidays around the corner, many Victorians may be thinking about offering their homes through a home-share platform, such as Airbnb, while they get away themselves. Airbnb’s terms of service describe home-share arrangements as a “licence”. Legally, a licence can be terminated at any time and a guest who does not leave is a trespasser.

This would impose significant legal obligations on hosts, who would be regarded as landlords. Guests, if considered tenants, would have all the associated legal protections.

For example, if a guest refuses to leave the premises, the host/landlord would have to follow the eviction process required by tenancy law. This has happened in California. Australian courts will eventually have to decide this issue.

How did the court arrive at its decision?

The court’s decision involved a tenant who offered the premises to guests on Airbnb. The court decided the tenant had breached the terms of the lease by subletting the premises. The tenant was evicted, as tenants cannot sublet without the landlord’s consent under tenancy law.

The court focused on the relationship between the tenant and the guest and determined that the host had given “exclusive possession” of the premises to guests. In Victorian tenancy law, exclusive possession is required to create a lease.

The court said it did not matter that each guest’s stay was only a few days, or that the Airbnb terms described the arrangement as a “licence” rather than a lease.

The decision is controversial because home sharing on Airbnb is similar to boarding arrangements (where the host provides accommodation and services such as cleaning), hotel rooms and serviced apartments. These arrangements are usually regarded as a licence, not a lease. This is because the host has access to the property during the guest’s stay (for example, to do cleaning), so exclusive possession is not given to the guest.

In fact, Airbnb arrangements are unlike typical tenancy agreements. They specify check-in and check-out times, furniture, linen and towels are usually provided, and “house rules” (for example, on noise levels and smoking) may restrict the guest’s use of the premises.

In addition, Victorian residential tenancy laws do not apply to premises ordinarily used for holidays. Potentially, this could exclude premises used for home sharing.

The situation may be different in other Australian states and territories, which, unlike Victoria, exclude from residential tenancies legislation agreements for the purpose of a holiday. However, not all home sharing is done for holiday purposes. For example, it’s also used for travel for business.

The court’s decision means tenants who provide rented premises on Airbnb without the landlord’s consent may breach their own tenancy agreement and be evicted. However, the court stated that the particular circumstances of each case must be examined.

For example, hosts who provide only part of the premises (such as a bedroom and shared used of a kitchen) but who continue to reside in the premises will not be subletting. This is because they have not provided exclusive use of the premises.

However, if the host is away from the premises, then residential tenancy law may regulate home-share arrangements. This would give guests (now considered a tenant) stronger legal protections, including protection from eviction. The decision shows a court can ignore the description of the arrangement in an agreement if it determines exclusive possession has been provided.

Airbnb provides support to hosts and guests in the case of a dispute over a stay. It also provides compensation to hosts (akin to insurance) if guests damage the property or cause the host financial loss. However, if a host is found to have obligations under residential tenancy law, these obligations belong to the host/landlord, not to Airbnb.

The contentious aspect of the Supreme Court’s decision is its treatment of short-term hotel-like accommodation as a lease. However, it strongly suggests that residential tenancy law may regulate whole-of-premises home-share arrangements. That’s likely to come as a shock to Airbnb hosts - owners and renters alike.