Opinion ‘Houston… when will we have liftoff?’ Interpreting the US Federal Reserve

The Federal Reserve is winding down its quantitative easing programs and all eyes are on it to see when there will be “liftoff” of the federal funds rate from zero. 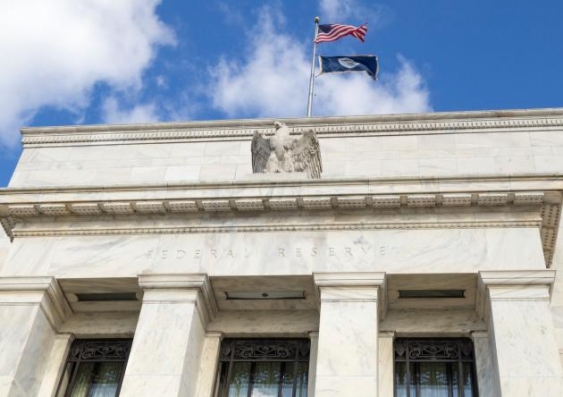 OPINION: Six years after the dramatic collapse of Lehman Brothers, the United States economy is finally showing signs of a stronger recovery from the global financial crisis. The Federal Reserve (Fed) is winding down its quantitative easing (QE) programs and all eyes are on it to see when there will be “liftoff” of the federal funds rate from the zero lower bound.

In its last policy statement, the Fed used the phrase “considerable time” in describing how long it will continue its zero interest rate policy. Indications are that most members of the policy committee believe the first rate hike should occur in 2015.

Why do we care about the Fed’s policy statements?

The amount of digital ink spilt over the phrase “considerable time” has been striking (many news articles have considered the subject including Marketwatch, the Wall Street Journaland CNBC). And it begs the question, why does everyone care so much about what the Fed says in its statements?

If the Fed were entirely unpredictable, then we would expect anyone worried about future interest rates (such as financial institutions, homeowners or small businesses) to care a lot about any hint as to what the Fed might do. But the Fed is not unpredictable in this way.

The Fed and other central banks behave in a fairly systematic fashion — sometimes referred to as the Taylor rule. This can be characterised as a mathematical adjustment of the policy interest rate in response to changes in inflation and the unemployment rate (or an estimate of the output gap). If this mathematical formula implies a negative interest rate, then the Fed will be constrained by the Taylor rule in applying a zero lower bound rate.

But do we pay attention to the Fed’s policy statements just to discern when its policy committee thinks inflation and the unemployment rate will imply a positive rate based on the Taylor rule? And does the Fed have some special information about when this will happen?

The answer to these questions is “probably not”. Yes, the Fed has good forecasters. But the reason why analysts study its statements is that it also has the ability to keep the interest rate at zero, even when the Taylor rule implies the rate should be positive.

Why would the Fed want to keep rates at zero in the future? The short answer is that perceptions it will do so can stimulate the economy in the here and now. And forward guidance about future rates can be used as a policy tool even when current interest rates are constrained by the zero lower bound.

By signalling that interest rates will be lower for longer than under their “normal” policy, the Fed is hoping to convince households and firms to increase their debt-financed spending. Specifically, lower future short-term rates should lead to lower current long-term rates, which stimulates current expenditure on durable goods and capital investment.

There has been a lot of academic analysis on the effectiveness of unconventional monetary policies. The evidence for QE is mixed. It does seem to influence the prices of targeted assets. But it is less clear if it does so without an offsetting effect on the prices of other assets.

QE has been most effective when the Fed’s announcements about it have changed expectations about future monetary policy. QE can be seen as a signal that the Fed will do whatever it takes to prevent deflation, including keeping interest rates lower than would be implied by their normal policy.

As for forward guidance itself, there are challenges in identifying its quantitative effects on the macroeconomy.

In recent research, Mariano Kulish, Tim Robinson and I studied expectations of the length of time interest rates would be kept at zero. We found these expectations increased when the Fed significantly changed its statements about future policy.

For example, in mid-2011 the Fed’s policy statement became explicit about the timing of the expected liftoff. It moved from outcome-based to calendar-based guidance. In response, estimates of the expected duration of zero interest rates increased significantly. Output growth and inflation also seemed to react to the guidance at this time.

This case study demonstrates how forward guidance can work when the Fed makes its intentions clear.

The success of the Fed’s forward guidance policy is also supported by the recent stronger growth for the US economy. And it explains why everyone watches the Fed so closely for any indication of when liftoff will actually occur.