Companies that install independent directors not only cause shareholder losses but also weaken every aspect of a firm's performance, writes Peter Swan. 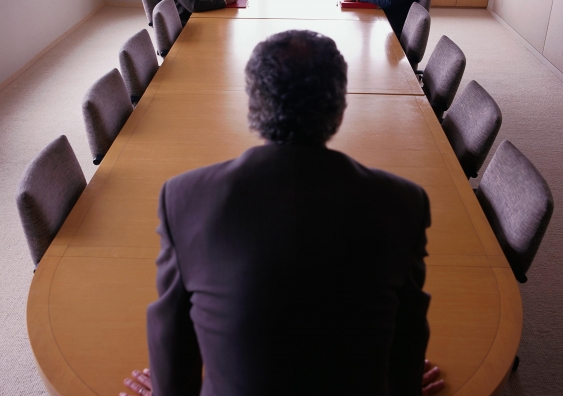 OPINION: The Australian Institute of Company Directors is pushing for company directors to be better protected from lawsuits, arguing concern about jail time and fines is impacting director decisions and ultimately stunting company growth.

But the push comes at a time when new research shows board make up might not be optimal, and in fact the organisation advising Australia’s largest companies is systematically recommending against the most productive board structures.

Unlike the US Securities and Exchange Commission that mandates board structure rules by legislative fiat, Australian boardrooms are mercifully relatively free of the compulsory dictates of government. The exception is APRA-regulated financial and insurance firms.

The ASX Corporate Governance Council, established by the Australian Securities Exchange in 2002, prides itself on promoting international best-practice corporate governance in Australia and improving board guidelines and disclosure on Australian boards.

But it is understood the Council carries out no research, nor does it audit the consequences of its recommendations. Our research (LINK) leaves its claims ringing hollow.

Breaking down some common assumptions

Carried out on SIRCA’s Corporate Governance Database, the research concentrates on all firms that have appeared in the top 200 largest over the past 12 years.

The Corporate Governance Council’s main recommendation is that boards and their committee structures should be dominated by “independent directors” with no links either to management or significant shareholders. Another is that the roles of CEO and board chair are distinct and as a result should not be shared in a dual role.

In reality, the effect of these rules when implemented is to progressively deprive boards of the two groups most likely to create wealth for shareholders:

We examined shocks to firm performance induced by the removal from the board of the two types of gray directors and their replacement by independent directors.

Important controls were factored in, including the GFC

By including what is called “firm fixed effects” we controlled for an infinity of unobservable characteristics that could never be measured or captured by matching a firm with supposedly similar firms.

We also controlled for the industry in which the firm resided, interacting with the year in which the observation occurred so that general patterns in firm performance caused be events such as the global financial crisis that adversely affected all industries to differing degrees did not skew the results.

We found no evidence of “reverse causality” in which prior board structure affected future firm performance.

In general, we found that every measure of firm performance worsened the larger the proportion of independent directors.

A significant indicator of excellent performance is the proportion of incentivised gray directors on the audit committee.

Additionally, a higher proportion of regular gray directors on the company board itself is advantageous.

The presence of more incentivised gray directors on the audit committee does the most to improve board performance since management perks and waste and inefficiency are felt most keenly by large shareholders who have the most to lose from poor governance.

It is the presence of the most knowledgeable directors on the firm’s overall board who know the business of the firm most intimately that is most beneficial to performance.

And having the roles of the CEO and board chair in common is actually advantageous to performance, contrary to the dictates of the Council.

Uncannily, it would seem that if we simply reversed ASX Council recommendations we could produce the best possible governance structures.

One of the many ways in which independent boards systematically destroy shareholder wealth is through making ill-advised and poor takeover decisions and investments.

The higher the proportion of regular gray directors on the overall board, the better the market’s reaction to the firm’s takeover announcement.

It would seem that wealth enhancing takeovers are better decided by knowledgeable outside directors who were once executives, not “independent” directors defined on the basis of their lack of direct firm knowledge and experience.

Who is tougher on pay?

We separately examined CEO and director total pay levels. CEO pay is negatively influenced by having a higher proportion of fellow executives on the board. This indicates that colleagues rather than “independents” are tougher monitors

We also found that cash distributions in the form of dividends are increasing in the proportion of incentivised gray directors. Managerial perks and other forms of waste are facilitated by management retaining more of the available earnings.

Ultimately, it would appear that firm adherence to the Council’s recommendations has not only engendered direct shareholder losses of up to A$50 billion but has also weakened every aspect of firm performance investigated.

Peter Swan is a Professor of Finance at UNSW's Business School.

This opinion piece from The Conversation is an abbreviated version of an article that appeared in the Australian Shareholder Association magazine, Equity, June 2014.