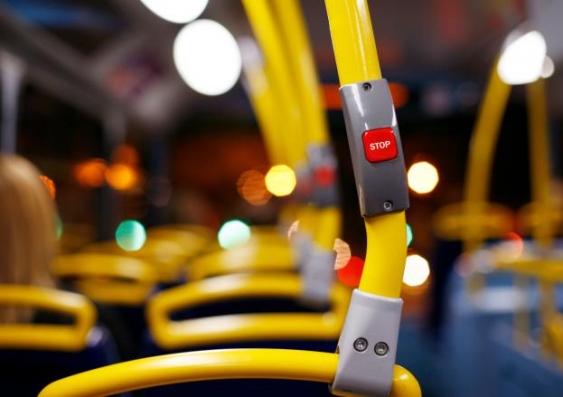 OPINION: Two years ago, University of Queensland researchers Paul Frijters and Redzo Mujcic published a couple of working papers documenting substantial, statistically significant discrimination on the part of Brisbane bus drivers, especially against people of colour. Interestingly, the authors also found that Asians were not discriminated against, a finding I find hard to reconcile with the anecdotal evidence I have come across in Sydney, for example.

There were many other important findings in the Mujcic-Frijters study that quantified various aspects of discrimination in an innovative manner that could be a template for further studies.

UQ initially issued a press release to announce these findings and outlets such as The Sydney Morning Herald picked up the study, which curiously — given its important quantification of white privilege — was never published and did not get publicity afterwards. Last week, in the wake of two contributions in The New York Times and Forbes by Yale law professor Ian Ayres, we learned why. It is not a pretty story.

According to numerous contributions in Core Economics, The Australian, The Brisbane Times, The Washington Post and many others, it seems that a day after the press release, UQ administrators told Frijters — the supervisor of then PhD candidate Mujcic — that the research had to be pulled out of the media and was not to be published because it had not received ethics clearance.

This discovery seems to have been prompted by a media adviser for Brisbane bus company TransLink asking how a study apparently involving fare evasion could receive ethics clearance.

Fare evasion? No, not really. Frijters and Mujcic had 29 young adult testers — duly mixed by sex, ethnicity and attire — board TransLink buses and insert an insufficiently funded fare card into the scanner. The testers then told the bus drivers, “I do not have any money but need to go to (a destination about 2km away)”. The bus drivers were thus prompted to make a call whether to allow the testers to stay on board.

In the flurry of contributions and discussions in various outlets during the past few days, facts and open questions have emerged. Was deception involved? Having written extensively about the issue of deception in economics and other social sciences, I believe it was not: the testers had insufficiently funded fare cards and as part of their research had to go to the destination that they gave the bus drivers. Hence there were no deceptive statements. Of course, bets are off on this one if the testers had sufficient money on them or valid fare cards.

Did Frijters, by all measures one of Australia’s most productive economists, follow the ethics procedures then in place at UQ?

If no deception was involved, then he apparently did. Was it fare evasion? No. The bus drivers could decline the request for a free ride. Were bus drivers entitled to let people who had insufficiently funded fare cards ride free? They apparently did, as persuasively argued by Rabee Tourky in Core Economics. He says that in the wake of the Daniel Morcombe murder in 2003, Brisbane bus drivers were instructed to use judgment when such requests were made.

Some of these questions do not have easy answers. With the benefit of hindsight, ethics clearance on a higher level might have been a good idea, if only to protect the researchers from over-the-top administrative responses — including a demotion for Frijters that UQ ultimately had the good sense to reverse, and Mujcic’s inability to get his dissertation research published.

In a 2008 issue of Science, economist John A. List — a Nobel prize contender — defended field experiments that involve lack of ex-ante informed consent or ex-post debriefing. Arguing that notifying experimental subjects is often neither possible nor necessary because of the minimal risk involved, he said: “In a natural field experiment, the analyst man­ipulates experimental conditions in a natural manner, whereby the experimental subjects are unaware that they are participating in an experiment. This approach combines the most attractive elements of the laboratory and of naturally occurring data: randomisation and realism.”

This seems to describe the Frijters study well — and is increasingly an accepted point of view among behavioural and experimental economists.

Ethics clearance requirements — implemented in response to scores of well-documented examples of human subject research abuses and universities’ concerns for liability and reputation — have become a considerable drain on researchers’ scarce resources in Australia and elsewhere.

Occasionally ethics clearance requirements are applied in questionable ways in that the gatekeepers feel entitled to make judgment calls on the quality of ­research. I consider this an unacceptable infringement of academic freedom. It is in any case — in the light of List’s position, as well as the Frijters situation — time to have a conversation about these issues, so as to lift the administrative and regulatory fog.

That ethics clearance requirements have escalated, and unreasonably so, seems widely acknowledged in that several universities now have fast-track procedures for low-risk research.

It seems that UQ in 2012 had such procedures in place, although apparently there was wriggle room for interpretation. Its subsequent position on Frijters-Mujcic seemed to warrant at best an updating of procedures that were found wanting.

I simply do not see a case for suppressing this research given its unquestionable importance, and given that no deception seems to have been involved.

Academic freedom is an important good and should be defended vigorously. It is deplorable that the ongoing UQ saga has come at a high cost to both researchers. Their time could have been spent much more productively, although I am confident that the saga has provided Frijters already with many examples for his Australian Research Council-funded research into socially undesirable behaviour.

Given that UQ continues to insist it responded appropriately, and given the facts that have emerged in the past few days, it seems clear that UQ administrators at this point are an interested party and as such ought to excuse themselves from further attempts to assess what happened.

The accusation of maladministration that is now in the open ought to be dealt with by truly independent investigators.

UQ and Frijters should commit to implement whatever recommendations such investigators come up with. It is to be hoped that Frijters soon can go back to what he does best: research that addresses important real-world problems in innovative ways and gets noticed, and recognised worldwide, for exactly that reason.

Andreas Ortmann is a professor of experimental and behavioural economics at UNSW.

Economic theories that have changed us: experimental economics