Opinion Conditions alter but one certainty is high petrol prices

Here we go again. Petrol prices are skyrocketing and the usual defenders of the big oil companies and major retailers are out there saying there is nothing wrong, writes Frank Zumbo. 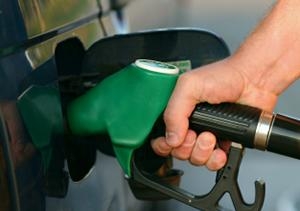 OPINION: Here we go again. Petrol prices are skyrocketing and the usual defenders of the big oil companies and major retailers are out there saying there is nothing wrong. We are calmly told that we have higher petrol prices because of the falling Australian dollar and uncertainty in the Middle East. The funny thing is that when we had a strong Aussie and relative calm in the Middle East we also had high petrol prices.

The only common thread, other than an ongoing rip-off, is that there never seems to be any shortage of commentators who are quick to tell us that there is nothing wrong with petrol prices regardless of how high those prices are and how weak or strong the Australian dollar is.

Even the so-called Australian Competition and Consumer Commission petrol commissioner always seems to have an explanation for the high prices. On the rare occasion when the commissioner has had possible reservations about prices, he has also been quick to say he can only act if there is evidence of illegal conduct under competition laws. Leaving aside any possible debate about what he can and cannot do, the question remains as to why we have such a role.

Let's be clear. This is not about reflecting on what an individual petrol commissioner has done or could have done, but rather to ask if there is any point in having the position when the person is no different to any other individual ACCC commissioner and has no specific powers to deal with petrol matters.

The real debate centres on what Chris Bowen was thinking when he previously appointed a petrol commissioner and whether he would have done anything different in terms of the individual appointments. Go through the old ministerial speeches and transcripts and you will see that Bowen was passionate about having the post. Bowen was also hoping to do all sorts of things on petrol issues, but he did not have the numbers to get his flawed FuelWatch scheme through the Senate.

Maybe Bowen's petrol commissioner and that scheme were to go hand in hand, but when FuelWatch fell over in the Senate you had to wonder if having a commissioner still made sense. Interestingly, we may well still get an answer given that as the new federal Treasurer, Bowen has a role in deciding whether or not to reappoint a petrol commissioner. Will Bowen try to save money and abolish the role, or will he continue to spend money on a position that in practice may not have any material or other impact on petrol prices?

What interesting political times we live in. We have a Treasurer who has been given a second chance to tackle petrol prices and even the cost of living generally. What will Bowen do this time around? Will the ACCC be given new powers to tackle any petrol or other consumer rip-offs? Will our competition laws be strengthened if Bowen and the Labor government are re-elected?

While we may need to wait for some answers, there is one thing Bowen can do immediately to try to get to the bottom of any petrol rip-off. He can ask the ACCC to inquire into the operation and possible manipulation of what is called the Singapore Benchmark price for unleaded petrol. That benchmark is essentially the starting point for the calculation of Australian wholesale and retail petrol prices. Put simply, if that Singapore benchmark price is inflated or manipulated, Australian wholesale and retail petrol prices will be inflated or manipulated.

Significantly, the Singapore benchmark is basically calculated by an independent reporting agency called Platts, which uses pricing information it receives voluntarily from traders in the regional petrol market. Traders report the prices of recent trades in petrol or oil to Platts, which then assesses the pricing information and publishes benchmarks that are subsequently used as the basis for calculating the Australian wholesale and petrol prices.

Questions are now being raised about such benchmark prices in the aftermath of the London ''Libor'' interest rate benchmark scandal, in which that benchmark was found to have been manipulated.

The European Union is already investigating possible manipulation of oil benchmarks by energy traders. Surely it is time that the ACCC did its own inquiry into the Singapore benchmark for unleaded petrol. There is nothing like international co-operation between the ACCC and other competition agencies to stamp out anti-competitive conduct that could be costing Aussie motorists dearly. Over to you, Treasurer.

Why petrol is dearer in the capital