Opinion Education a key part of any Australia-China FTA

If Tony Abbott and Andrew Robb are serious about the future of Australia’s education sector as a key export earner, the FTA negotiations at hand seem like a practical place to start, writes Laurie Pearcey. 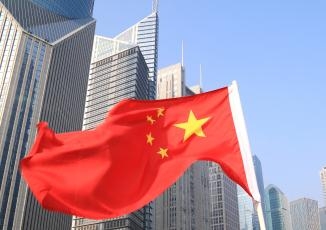 OPINION: Moves by China to open its services sector in World Trade Organisation talks, and Tony Abbott’s push to speed up a bilateral free trade deal have raised new questions about how Australia should pursue expanded trade with its biggest customer.

Under Labor, negotiations were stuck in a cycle of impasse followed by lofty reassurances of political will on the sidelines of high-level bilateral visits, and the free trade agreement (FTA) became the elephant in the room throughout the life of the last government.

Abbott will be keen to restore credibility to a process that has long been the subject of some derision in business circles.

To Labor’s credit, Julia Gillard’s heavy lifting earlier this year to secure the high-level strategic dialogue has provided some formidable architecture for the new government to bring about a conclusion to the negotiations.

So who has the most to gain from an FTA?

Modelling for the Australia China Business Council by the Centre for International Economics suggested that Australia’s GDP stood to gain an annual boost of 0.7 per cent over two decades with an FTA in the bag.

While unusual for a Coalition government, Andrew Robb’s carriage of the trade portfolio puts the space firmly in the Liberals’ camp; the National Party’s role in cabinet process will inevitably lift the bargaining power of Australia’s primary producers.

The stakes are high for Australia’s farmers, bankers, fund managers and companies looking to increase their investment footprint into China.

Australia’s $15 billion international education sector has been missing in action in most of the discussion around the FTA.

China has perhaps the most protectionist system in the world when it comes to international student recruitment.

We have done incredibly well out of the status quo. Last year Australia had close to 150,000 Chinese students – the largest source country and almost a third of all enrolments in the system. The economic benefits from China’s appetite for our world-class degrees to the broader Australian community are immense.

Yet Australia’s market share is slipping. Enrolments in Australia have been heading south for three years, even though the number of Chinese students studying internationally recorded growth of close to 18 per cent last year alone.

The woes of the sector are well known – a high Australian dollar, increased competition from the US and Europe, and changes to skilled migration pathways have all been well documented.

Barriers to recruitment in China

What’s less known is the reality confronting international providers on the ground in China, which are legally prevented from directly recruiting in the market and are required to play second fiddle to recruitment agents often juggling an array of competing study destinations.

Irrespective of their accreditation and standing in their own countries, foreign providers are prevented by the Chinese system from taking advantage of the many opportunities and advertising directly across China’s media for recruitment purposes.

This would be like banning Coca-Cola or BMW from placing billboards in their biggest international markets – it is effectively blocking some of the most well-regarded names in education from building their brands in the world’s largest and most rapidly growing market.

Australian ministerial speeches are rightly peppered with language promoting the sector as a major export earner, yet China’s ministry of education does not officially recognise international education as a trade industry, and foreign providers are precluded from entering into revenue-enhancing partnerships with their Chinese counterparts.

That’s not to say that Australia’s education providers are entirely in it for the fees – China overtook the US as our nation’s number one knowledge partner last year, and more and more quality partnerships driven by research outcomes are emerging daily.

Put simply, there needs to be a balance struck between a pragmatic recognition by both governments of the commercial issues involved in student recruitment on the one hand, and Australia’s growing network of Chinese research partnerships on the other.

The removal of barriers to recruiting students in China for Australian education providers would be a significant win for the sector as part of an FTA. It would give Australia’s fourth largest export earners a bigger seat at the table, and allow them to continue their growing partnerships with recruitment agents and academic partners and provide world-class degrees to feed the rise of the Chinese middle class.

If Tony Abbott and Andrew Robb are serious about the future of Australia’s education sector as a key export earner, the FTA negotiations at hand seem like a practical place to start.

Laurie Pearcey is Director of China Strategy & Development at UNSW.