What kind of peace deal do you have if one of the major protagonists in the battle is absent, asks Frank Zumbo. 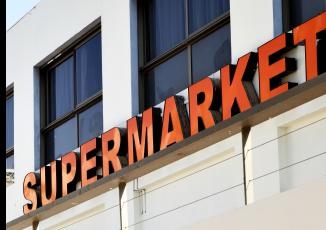 OPINION: You have to wonder when Coles, Woolworths and the Australian Food and Grocery Council, which describes itself as ''the leading national organisation representing Australia's $108 billion food, drink and grocery manufacturing industry'', announce a so-called new voluntary supermarket code of conduct.

If a large multinational supplier feels the heat when dealing with Coles and Woolworths, then just imagine how the poor struggling Aussie farmer would be feeling.

The proposed code has been presented as ''a historic agreement'' between Coles, Woolworths and the Australian Food and Grocery Council. But where were the groups representing Aussie farmers? Where was the National Farmers' Federation? Did those groups have a say in the final draft of the proposed code?

You have to wonder what kind of peace deal you have if one of the major protagonists in the battle is nowhere to be seen when a possible peace deal is announced. So clearly the proposed new supermarket code raises more questions than it answers. Who was involved in the negotiations? Were the farmers excluded from involvement in the final draft of the code? Did the farmers choose not to be part of the process?

We need to know who was consulted in preparing the final draft. The point is simple. If a code is to be generally accepted by an industry, then all key sectors of the industry need to feel part of the development of the code.

Such wide-ranging industry participation is particularly important when a code is intended to be voluntary. Unless enough industry participants and sectors sign up to the proposed code, you can be sure that the code will be destined to be ineffective or window dressing. That is why mandatory codes are always preferable.

That is great, isn't it? We have a proposed new supermarket code where supermarkets can choose to be bound by the code and can even choose to stop being bound by the code in future. To top it all off, it appears that, in finalising the proposed new code, key sectors, such as the farmers, seem to be missing. There is also the question of where the IGA group of independently run supermarkets sits in relation to the new proposed code.

The proposed new code is challenging to read, even for a lawyer. You need a bit of patience and a legal understanding to get your mind around it. There is a lot to be said for drafting industry codes as simply as possible, especially given that such codes need to be read and understood by the full spectrum of industry participants if the codes are to be generally accepted.

It is clear that while aspects of code are intended to be reassuring, there is significant wriggle room for the major supermarket chains to take advantage of in their dealings with suppliers. In places, it almost seems that whatever assurances or comfort a particular provision of the code may give a supplier, such comfort is watered down by an exception or another provision in the code that benefits a major supermarket chain.

If the devil is in the detail, then some of the exceptions that benefit the major supermarkets may be devilish in their operation.

What happens if a signatory to the code breaches the code? Well, there are presently no direct financial penalties for beaches of the proposed code. Under our weak competition and consumer laws, there are no direct financial penalties for breaching an industry code. That significant gap in our laws could be fixed very quickly by the relevant federal minister, Bruce Billson. Let's hope he does.