There is one simple solution to the debate on making childcare more affordable in Australia, writes Richard Holden. 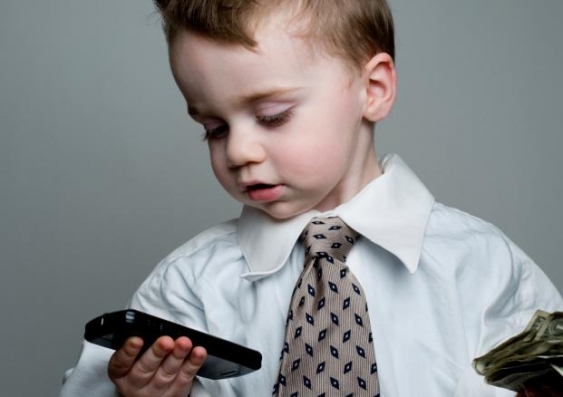 OPINION: If you want a recipe for a bad public-policy debate then combine the following ingredients: taxes, government spending, children’s welfare, gender equity and jobs.

However, there is one simple answer to the debate on childcare in Australia: taxation.

The Productivity Commission has delivered its verdict on the matter. It’s all terribly complicated. According to the commission we need sliding scales and means tests, carve outs and exemptions. It’s all a balancing act that can be performed only by a bureaucrat’s Excel spreadsheet.

I’m not convinced. It’s much simpler than that. Just make it tax deductible.

Childcare subsidies are not very complicated. We don’t need thick reports and we can do away with most of the agonised commentary. Let’s take a deep breath and get back to first principles.

Why does the government subsidise some things and not others? Two reasons. The first is dignity. We believe everyone should have a basic level of dignity. So we provide a basic level of services for health, education, housing and other things. And so we should. In some cases, this will also include the provision of childcare. For disadvantaged parents, affordable childcare can be essential to the ability to earn a basic living. Policies on childcare also reflect this understanding, though rising costs may be putting access of this kind under pressure.

The second reason government subsidises things is because free markets — though great — don’t always get everything right. Sometimes there are “externalities”. Subsidies are a way of “internalising” those externalities: preserving the magic of the market but getting the price signals right.

And so it is — or at least should be — with childcare. The market, left to its own devices, would provide too little and parents would consume too little childcare.

Why? There is a swath of evidence — such as that from Nobel prize-winning economist Jim Heckman — that quality early-childhood care has particularly large benefits for disadvantaged children. Formal childcare can be essential to addressing the needs of disadvantaged children in ways that mean they also require less support later in life. This is the whole idea behind “head start” or early intervention.

Affordable childcare is also important to supporting job-market participation by parents, particularly women. This has gender-­equity implications, which society should care about. But it also has implications in terms of workforce productivity. Remember that G20 pledge Tony Abbott (correctly) made? With taxes on income and a free market for childcare, parents also rationally under-consume childcare. The playing field is tilted in favour of them doing more of it themselves because they are not taxed on the labour they provide in taking care of kids but have to pay in after-tax dollars for market-based childcare. Tax deductibility of childcare levels the economic playing field. Case closed.

There may be good arguments — based on dignity and the needs of disadvantaged children — for providing childcare subsidies. But the key challenge on childcare is about economic participation.

In this context, we subsidise childcare not because it’s like healthcare, or a basic right, but because income taxes distort people’s decisions about how much time to spend at work versus at home. Those income taxes are vital for a whole range of reasons, but when they distort other decisions — like how much to give to charity — we fix it by making things tax deductible. And that’s precisely what we should do with childcare. There is a complicated set of questions about who should provide childcare, and standards and accreditation. Sometimes, we may want to insist children be cared for in a formal setting: there are arguments for the educational and social benefits of formal daycare. In other contexts, we may think parental flexibility, or individualised care, is more important.

But just because the government pays for (part of) something doesn’t mean it needs to set up a separate agency to oversee how it is provided. In most cases, we think parents are well placed to decide how best to spend any subsidy, or tax deduction, they receive for childcare.

Anyone who has children knows caring for them is a joy, a privilege, and a responsibility freely taken up. Work is also important. It gives people another sense of purpose, affords the dignity of providing for oneself and a family, and produces tax revenue for the government.

How to balance those things is perhaps the greatest challenge a working parent faces. But for government, the answer is simple.

Make childcare tax deductible. Provide a subsidy for those who earn below a certain income. Then stop.