Opinion Future of broadband going down to the wire 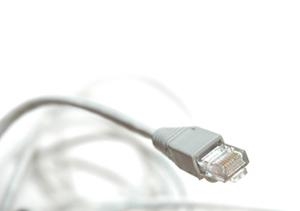 OPINION: With the departure of senator Stephen Conroy after Labor's recent switch to Kevin Rudd, it is opportune to consider what might now happen to the national broadband network.

There is no doubt the NBN was Conroy's ''baby'' with the Victorian politician having nurtured, protected and driven the project with the zeal of a religious leader determined to recruit as many new followers as possible. For Conroy, the NBN was a vision to be pursued at seemingly any cost.

Conroy's line was simple. We were asked repeatedly: How could anyone doubt the superiority of fibre to the premises?

The super speed of fibre and the view that fibre would enable endless amounts of content to be streamed into almost every Australian home were the cornerstone arguments in Conroy's passionate pursuit of his version of the NBN.

It has been a devastating line of attack and Conroy has been relentless in pursuing any critic of the NBN who dared to speak out. The problem was always going to be that Conroy's NBN was just one possible path to high-speed broadband. Much like different religious leaders having different paths to the ultimate goal, there was always going to be a difference of opinion as to the most appropriate path to a national high-speed broadband network.

Fixed versus wireless was going to be the obvious first point of contention. This is closely followed by the debate about fibre to the premises or fibre to the node. Ultimately, however, the real debate would always centre on the relative time and cost of pursuing the different paths to a national high speed broadband network.

Here the point is simply that Conroy's NBN is by far the most expensive version of a national high-speed broadband network.

Trying to connect almost every home with fibre was always going to the stumbling block and the ever-present threat to the NBN. That is assuming there would be a sufficient, ongoing amount of skilled labour and technical expertise at an affordable price to sustain a project of an increasingly unknown duration.

The danger of a large cost blow-out will constantly hang over Conroy's NBN. A nice-sounding vision of connecting almost every home to fibre can soon become an economic nightmare. Ongoing delays in deploying Conroy's NBN will add considerable costs to an already very expensive project.

These cost blow-outs eventually get passed on to consumers one way or another. More problematic for consumers is that construction delays in the NBN would mean that it would take longer for consumers to get access to the promised higher broadband speeds.

So, while Conroy pursued his NBN with zeal, it was always going to be a race against time. The NBN was only guaranteed while he remained the the Broadband and Communications Minister and so long as Labor stayed in power. Any change in minister or government would inevitably cause a rethink, or at least a risk of a new minister wanting to put his or her mark on the project.

If there's one thing that is certain in politics, it is that each minister wants to cast a project in his or her image. A new minister often means a new approach or nuances on the previous minister's approach.

Will Conroy's NBN survive in its present form? Time will tell if the new Minister for Broadband and Communications, Anthony Albanese, has any new ideas of his own. With the NBN still in the relatively early construction stage it is clearly vulnerable to change now that Conroy has gone.

The workforce and engineering challenges that have delayed the construction of the NBN are likely to cause a reassessment sometime soon. Then there is the lingering debate as to whether fibre to the premises is ''superior'' as claimed. Yes, fibre may be superior if you want to be connected to a landline and download lots of content on a regular basis, but it may not be superior if you want the mobility and convenience that wireless provides.

Any assessment of ''superiority'' depends on the requirements of each individual consumer and a ''one-solution-fits-all'' view was the inherent flaw in Conroy's NBN.

It makes more economic sense to provide a fixed broadband network that provides a basic high-speed service with fibre to the node, with the potential for high-end users of broadband to be able to upgrade to fibre from the node to the premises. And let's not forget that wireless will become the preference for all but the people who prolifically download content.

Frank Zumbo is an Associate Professor in the School of Taxation and Business Law at UNSW.