Gough Whitlam was a transformative and revolutionary leader in economics and his understanding of the arts epitomised his great vision for Australia, Richard Holden and Johanna Mendelssohn tell The Conversation. 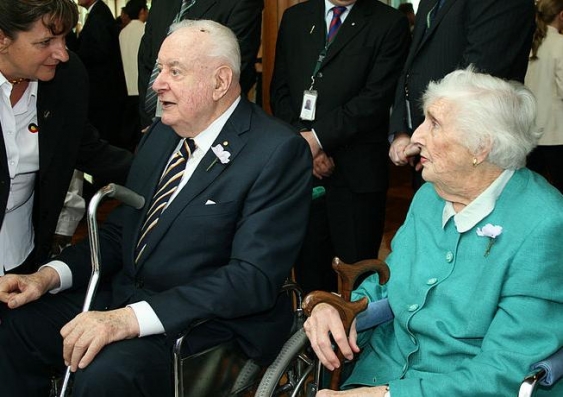 Gough Whitlam is remembered as a transformative and revolutionary leader and his understanding of the arts in particular epitomised his great vision for Australia, Richard Holden and Johanna Mendelssohn tell The Conversation.

A giant of modern Australian politics and Labor prime minister from 1972 to 1975, Whitlam's death, aged 98, has triggered a flood of tributes.

Like no other PM before or since, Gough Whitlam redefined our country and in doing so he changed the lives of a generation … Our country is different because of him.

Despite spending less than three years in office before being sensationally dismissed by the governor-general, Sir John Kerr, the Whitlam government enacted a series of reforms, including the extension of publicly funded health care (through Medibank, now Medicare) and higher education, a raft of changes in social, Indigenous and arts policy, and the establishment of diplomatic relations with China. His government’s legacy continues to be felt today four decades after it lost office.

The Conversation spoke to two UNSW experts about Whitlam’s achievements and legacies:

Business and the economy

The Whitlam government is remembered as transformative and revolutionary: sometimes fondly, sometimes not so fondly. In the economic sphere, the most salient memory is typically ballooning spending, a failure to appreciate the perils of inflation, and allowing a wage-price spiral from 1974. This was bad. Really bad.

But there is also a hugely positive side of the Whitlam economic ledger. The introduction of the Trade Practices Act in 1974 brought Australia into the modern economic era in dealing with harmful monopoly practices. The revolutionary 25% cut in tariffs acknowledged, and did a lot to further, the crucial role of international trade for Australia. In this sense, Whitlam put a lot of faith in markets – a faith that was frankly rather lacking under Robert Menzies.

What Whitlam did wrong – and there was plenty of it – was relatively easy to fix. What he did right was incredibly hard to do. And that is the economic legacy for which he should be remembered.

Gough Whitlam’s understanding of the arts and what they can do and be for people epitomised his great vision for Australia. It wasn’t just the money – it was the way he trusted those most involved in the arts to make professional decisions.

To him we owe the Australia Council, with its continuing belief in arm’s length funding (without political interference). We owe not just the National Gallery of Australia with its magnificent collections and superb staff, but the many exhibitions of major art from other counties that now come to us. It was Whitlam who personally endorsed the Australia Council’s proposal that the Australian government would indemnify rather than pay insurance premiums for priceless art that toured the country. That has saved us tens of millions of dollars in premiums over the years, and brought us art we otherwise could never have seen.

To him we owe the free rein given to Nugget Coombs in enabling the magnificent support of Aboriginal and Torres Strait Islander art – art forms that now internationally define this country.

Whitlam showed that true leadership is putting policies first, thinking of the needs of the people ahead of their wants, planning for the long term.

Richard Holden is a Professor of Economics at UNSW.  Joanna Mendelssohn is Program Director, Art Administration, School of Art History and Art Education at UNSW.

Read the full article in The Conversation.