It's time universities put more money and effort into socialising international students who daily face situations in which they embarrass themselves, offend people, or are misunderstood, writes Gigi Foster. 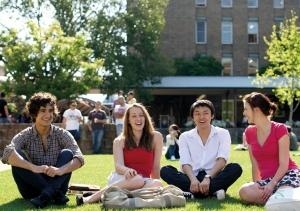 OPINION: Long after we have forgotten the atomic weight of potassium, we remember from our school years how we are expected to answer a figure of authority; how to respond when someone gives us a gift; when to make eye contact; and how to self-deprecate exactly the right amount, so as to appear neither incompetent nor a tall poppy. A large part of education is about learning how to behave in different social contexts.

The most successful education systems in the world not only train students’ conscious minds in what behaviours are expected in which situations, but also condition them into unconsciously aligning themselves with groups and ideologies.

The conditioning of Australian children operates on many fronts.

There are the pledges of allegiance to the country and the school community that regularly feature in primary schools. There are the punishments meted out both in schools and at our dinner tables for bullying other children; for inadequate effort exerted towards achieving academic goals; or for disrespect shown to rules and authority figures.

There is the praise used to reward children when they are more polite, more creative, or more charming than we expected.

As a community, we push our young people in countless ways into a position of subservience to the norms of behaviour that we Australians find acceptable, by displaying for them – everywhere they turn – the raw power of the groups into which they are being indoctrinated.

These groups can give, and they can take away, and our children observe this every day.  It is this dynamic that ultimately creates our children’s loyalty to groups, and their consequent capacity to function in society.

Groups have long been recognised, particularly in social psychology and sociology, for their influence on individuals’ behaviour.

The educational peer effects literature in economics, to which I have contributed most recently, here: grew from the hypothesis that the composition of our learning groups affects our performance.

Yet the influence of groups on performance isn’t explained by statistics alone.

Consider the case of international students in Australia.  Thousands throng to our campuses each year from an incredibly diverse range of countries and backgrounds.

Australia is not alone in this, of course:  many other Western nations also receive students from all over the world.  Yet the way in which we treat these students once they arrive on our shores differs a great deal.

The approach of Australian universities in general is to be very hands-off in regard to social indoctrination.  The students are here for a degree, or so runs the line, and so a degree is what they shall have.

We take their money and let them enroll in our courses, which for safety’s sake we ensure are accredited, and we give them more or less the same amount of support that domestic students are provided in regard to finding housing, activities, and social groups, and in becoming oriented to university routines.

But these young people are often vastly different from Australian domestic students.  They have not received 18 years of indoctrination into Australian groups and ideologies, and many therefore find themselves to be strangers in a strange land.

The heuristics they were taught in their home countries about what behaviour is expected in which circumstances simply can no longer be relied upon.  They are faced daily with situations in which they embarrass themselves, offend people, are misunderstood, or put others into awkward positions because they have learned social lessons that no longer apply, and the Australian tertiary system is not designed to re-train them quickly.

So what do other nations do?  The best example I know of is the American liberal arts tertiary education system, of which I myself am a product.  The American Ivy League university or high-calibre liberal arts college brings all of its students, from across the country and overseas, to live together on a single campus, where it re-educates all of them.

Both domestic and international students find many of their previous heuristics to be unreliable.  They must cope with living on their own for the first time; they must learn to relate to, even room with and be advised by others who were raised in different countries and circumstances. They attend college sports events and rallies, join college activity groups of every variety imaginable, and learn college songs and traditions.  They are undergraduates for a full year longer than Australian students, they usually live on campus in the midst of their institution’s power, and they come to their tertiary education as blank slates, with no selection of specialisation upon entry:  their full identity is explicitly unformed at the point of entry.

All of this translates into quicker, more complete indoctrination, for all students.

In Australia, we try to raise our children to display “tolerant” behaviour, and many domestic university students will consciously try to accept apparent out-group members, like international students. Like any human being however, domestic students, finding themselves to be part of a dominant group will perennially be at risk of denigrating, rejecting, or ignoring those who are obviously not part of that group and therefore seem weaker, due to their own natural instincts to dominate.

This struggle between our allegiance to our groups and our primal instinct to control and dominate is observable even in our university hierarchies.

Members of the educational bureaucracy themselves adhere to certain ideals, yet are also faced with materialist incentives activated by their greed.

In Australian tertiary education, for example, the greed of educational bureaucrats frequently wins out over socially beneficial ideological motives, is often accompanied by cheap talk, and can lead to an expansion in bureaucracy beyond the socially efficient size.

This idea is not new in economics (see James Buchanan’s contributions, among others: but it and its counterforces – including the embedding of stronger loyalty to our educational institutions – are central to explaining our institutions and our behaviour.

Paul Frijters and I explore this struggle in our new book with Cambridge University Press, An Economic Theory of Greed, Love, Groups, and Networks.

Long live the pledge of allegiance at our primary schools and the uniforms at our high schools.  It’s time our universities caught up with the game of groups.

Dr Gigi Foster is a Senior Lecturer in Economics at the Australian School of Business, UNSW.

Economics: What’s love got to do with it?

How economics lost its identity in Australia, and how to get it back