Opinion How the gender balance increases the company bottom line

Prime Minister Julia Gillard is facing a similar problem to other women in top roles – being judged by different and often more superficial standards than their male peers, writes Rosemary Howard. 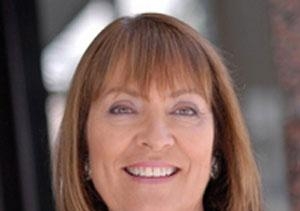 OPINION: Today is the 101st anniversary of International Women’s Day, a day celebrated around the world to mark the legal, political, social and economic achievements of women.

The change in corporate governance gender reporting requirements for listed companies is to be applauded. The Australian Securities Exchange now makes it mandatory for top companies to report on how they are managing gender balance and gender diversity in their workplaces all the way from the board down.

The theme of International Women’s Day for 2012 is Connecting Girls, Inspiring Futures – meaning if we set the right example for our girls and young women now, they will be inspired to a brighter future for all. And yet the movement of women into top leadership roles in Australian organisations has been excruciatingly slow.

It is now regarded as “big news” when someone like Martin Parkinson makes an announcement that the Treasury will adopt a long-term target of making 35% of senior executives women by 2016 from 23% in 2011.

In Australia women have comprised the majority of university graduates in Commerce, Economics and Law – all those feeder disciplines into leadership roles – for over two decades now. There are 1.3 women to every one man in our university system – we are investing a lot of money in educating our women. So you may wonder why there are comparatively few women on the senior leadership career path.

Perhaps it is best to look at the example of one who has risen above the ranks, to become the first female Prime Minister of Australia. She appears to be able to win the support of her work colleagues convincingly but is unable to connect with voters. I fear what we see here are the challenges that senior executive women across Australia face every day being played out very publicly in federal politics.

Here is a leader who has successfully managed a complex minority government to achieve a remarkable amount of legislative change in a short period of time. However some of her public persona revolves around commentary and cartoons on her hair, voice, and marital status, rather than on achievements as the first female PM of this country. Even after thousands of years of history, women in leadership roles are still judged by different and often more superficial standards than their male peers.

Gillard has taught all executive women an important lesson: take a close look at your career-defining moments.

The change to ask companies to report on how they are managing gender balance and gender diversity in their workplaces may be thought to relate just to board positions but it’s actually about the whole organisation and it became mandatory for listed companies just over a year ago.

More recent changes to Federal Government legislation will now see reporting on gender diversity outcomes for employers of over 100 people. Some companies are doing quite well in regard to their reporting and the programs for for both women and men that they’re introducing to support gender balance in the workplaces. Not all though.

Some organisations are saying they want more time to compile the numbers, while others just think it is not relevant to their business. For example a lot of the more traditional companies – such as mining – still don’t have any women on their boards. And in terms of representation in their workplace, it’s not looking much better either.

A particular career point of failure for women is the child-rearing years where we need to do a much better job of providing part-time and remote flexible working arrangements for parents.

Indeed, the lack of women in middle to senior positions – in the corporate and not-for-profit sectors – contributes to Australia’s growing talent shortage. We’re essentially wiping out half of our working population. It’s not only a loss of potential talent, but it’s an economically poor way of doing business.

It’s not enough for some women on corporate boards to be getting ahead; we should be campaigning for women at all levels.

Australian companies may well ask what is in it for them. Well, the ambition of women can be rewarding to women themselves as well as the company they work for. It increases global competitiveness, and gives a boost to Australian GDP.

Research from US not-for-profit organisation Catalyst and other global studies point to the fact that all aspects of organisational performance – customer experience, operational excellence, community engagement and the bottom line – are much stronger when there is diverse representation on the board, with up to 35% higher return on shareholder equity.

Major listed companies are catching up with gender balance. ASX and Federal Government initiatives that require companies to be transparent and list gender outcomes are a positive step forward.

The wheels of change are in motion, and we need to maintain the passion and momentum as we’re not there yet. When we reach our goal with gender, we can address our other diversity challenges including ethnicity and age.