Perhaps the real question that the Labor Party needs to ask itself is what conditions need to be in place for any leader to succeed, writes Chris Styles. 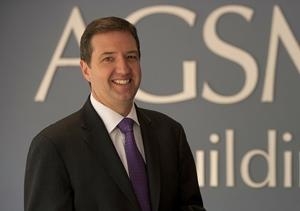 Julia Gillard emerged victorious but polls will no doubt continue to predict a huge loss for this Government on election day and MPs in marginal seats are understandably nervous.

But would a new leader really make a difference to their chances?

Research into the impact of leadership on performance in a corporate setting suggests that the answer to this question is both yes and no.

The environment in which the organisation is operating and the characteristics of an organisation can have a much bigger impact than who is the leader. So for instance, a new CEO taking over a well-run organisation in a booming market with no real competitive threat is likely to look good irrespective of what she or he does. For a while.

This scenario translates easily to politics. After stepping aside for Bob Hawke in 1983, Bill Hayden famously said that a drover’s dog could lead the Labor party to victory. But the opposite is true as well. A dysfunctional organisation in an environment that doesn’t value what it offers is going to struggle in the short term no matter who the leader is.

Most CEOs and their spin doctors are well aware of this. At annual meetings when the numbers look good, success is often attributed to a great leadership team that made sound business decisions. When the numbers aren’t so attractive, market downturns, exchange rates and other aspects of the environment are usually a big part of the explanation. Of course, the truth can be found somewhere in between.

Perhaps the real question that should be asked by the Labor caucus and the Labor party itself, is what the conditions need to be for any leader to succeed.

If the Government was a company it might ask itself if it had a well understood set of values, a clear mission and strategy, as well as the systems, processes and people that enable it to execute effectively. Simon Crean’s comments yesterday suggested this wasn’t the case. When he said, “What we have to stop doing is revolving the door and start churning out good policy that we persuade the community about”, doesn’t suggest they have a clear strategy.

Ensuring everyone in the organisation understands what it stands for is also crucial. While maximising value for shareholders should be a shared goal across a corporation, it is the means by which that is done that requires real commitment across the organisation. The recent narrative from the Labor party has all been about division rather then a cohesive vision for the nation.

Another issue is the timeframe for making real change. In the short term, an organisation and the environment in which it operates is fixed. But to achieve a lift in performance the organisation will have to change and re-shape itself to better fit the needs of its stakeholders. This means understanding those needs, prioritising and then operating in a way that delivers.

When markets sense a new CEO is making real change and a pathway to improved performance is clear, a gradually improving share price follows as promises are delivered. The performance of Telstra over the last few years is a good example. Sol Trujillo’s troubled regime was replaced by the well respected David Thodey who has gradually gained the confidence of investors as reflected in the share price.

Changing leadership is not a quick fix. If the polls are anything to go by, it might take Gillard some time to fix whatever has gone wrong – if she can achieve that at all. However whether Gillard had been replaced by Kevin Rudd or a drover’s dog, six months may not be enough.