The promise of free trade zones and their apparent rapid national proliferation gives the Australian investment community every reason to be optimistic about China’s sustainable future, writes Laurie Pearcey. 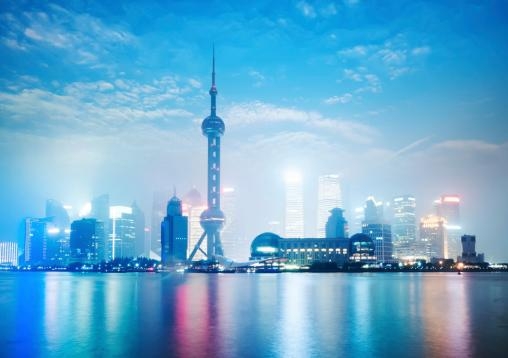 OPINION: As markets commence the new year in a sense of panic on the back of an uncertain outlook for China’s economy, I am brought back to a bookshop discovery I made in 2001 and the pending doom and gloom which loomed as I completed Gordon G. Chang’s The Coming Collapse of China.

Chang contended that the entrenched inefficiency of China’s gargantuan state-owned enterprises, coupled with a proliferation of non-performing loans on the books of China’s banks spelled doomsday for the Chinese economy and its Communist bosses within five years, or “perhaps ten, before it falls”.

With the recent run on the Aussie dollar and equity markets jittery on the back of continued contraction in China’s purchasing managers’ index (PMI), you’d be forgiven if you missed the recent news pointing to record iron ore exports from the Pilbara.

Yes it seems that most mainstream analysis of the Chinese economy still remains shackled to this debate that has consumed so much airtime, column space and Treasury brain cells since China’s stimulus saved Australia’s bacon in the aftermath of the global financial crisis.

What’s so remarkable (or otherwise depending on your perspective) about our obsession with Chinese headline data, is that China itself has long moved on from the myopic pursuit of growth.

From former premier Wen Jiabao’s 2007 public declaration that the Chinese economy was “increasingly unstable, unbalanced, uncoordinated and unsustainable”, to the moderation in headline GDP numbers as Beijing eased back on post-GFC stimulus in 2011, the Communist Party has been telling us for years that China’s sustainable economic future depends on a successful transition.

The long-term nature of Chinese economic planning cycles simply don’t bode well for equity markets and the political fortunes of Western leaders who face the ballot box every few years – voters and investors don’t have the attention spans to accommodate anything else but quick fixes and conventional boom and bust cycles.

This is not to underestimate the challenges confronting China’s leaders as they embark on a crucial period of reform or to dismiss the powerful vested interests standing in the way – but Beijing is in possession of a formidable arsenal of the necessary fiscal, monetary, political and structural levers to engineer an elixir of sustainability to the Chinese economy.

While the effects of the pilot Shanghai FTZ opened last year are yet to reverberate in China or internationally, the FTZ concept has the potential to revolutionise the way foreign companies interact with the entire Chinese commercial ecosystem.

Much has been written about the internationalisation and convertibility of the Renminbi (RMB), yet the substance of the reform needed to initiate this has been missing in action and the FTZs are a tangible step in the right direction.

With full RMB convertibility, a suite of tax incentives and streamlined approvals to reignite foreign direct investment as well as liberalised interest rates, FTZs will potentially remove Hong Kong as a buffer zone between foreign companies looking to trade with China.

Importantly, Hong Kong’s role as a major financial services hub and gateway to the Chinese interior is increasingly under threat by the emergence of mainland FTZs and the latest announcement will not go unnoticed in the former British colony.

This has significant implications for the longevity of the Reserve Bank of Australia and Treasury’s positioning for greater ties with Hong Kong to support RMB denominated trade and capital flows.

Political and social tension between Hong Kong and the mainland is increasingly the norm.

The gradual deregulation of China’s IPO framework, coupled with the perceived stubbornness and entrenched conservatism of Hong Kong regulators means that it is increasingly missing out on lucrative mainland IPOs – FTZs and ongoing reform suggests Hong Kong’s days as Beijing’s laboratory and platform for international investment are numbered.

FTZs by themselves will not liberate China’s latent capacity and their proliferation across China must be spread evenly where possible between established eastern seaboard markets such as Tianjin, Shanghai and Guangdong on the one extreme, and hinterland hubs such as Chengdu and Chongqing on the other.

Nor will they provide the “decisive” role for private market forces that China’s leadership has promised, and major state-owned enterprises including the behemoth centrally controlled banks will undoubtedly dominate the opening years of FTZs.

But in just the same way that Special Economic Zones such as Shenzhen provided the policy basis for Chinese growth over the past three decades, FTZs will establish the parameters for broader reform that will consolidate post-Mao China’s foundations the world’s low-cost manufacturing hub with its inevitable future as an enabler of global trade and investment.

The promise of FTZs and their apparent rapid national proliferation gives the Australian investment community every reason to be optimistic about China’s sustainable future.

Laurie Pearcey is Director of China Strategy & Development and Director of the Confucius Institute, UNSW.