Opinion A more sustainable Australia: staying in work as we age

Older workers have enormous value, but it remains to be seen what their health and disability profiles will be and which employers will reap the benefits of population ageing, writes Rafal Chomik. 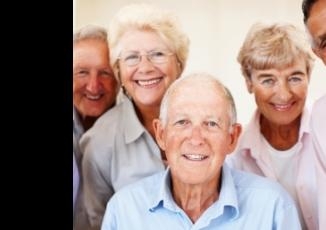 OPINION: Retirement ages across the Organisation for Economic Co-operation and Development (OECD) countries are rising to keep up with greater life expectancy, to the dismay of those keen to retire and the relief of those who want to keep working.

The economic case for higher labour force participation among older workers is strong – in Australia a five percentage point increase in the participation of 50 to 69-year-olds is projected to be worth 2.4% of GDP in 2050. That would fill most of the 2.75% fiscal gap that the Treasury estimates will result from population ageing.

But will increases in average life expectancy be accompanied by more years in good health, allowing us to work longer than we have in the past? And if not, can the potential chronic health problems of an older workforce be accommodated in the workplace?

There is much debate over whether living longer means we’ll be chronically ill for longer. In the 1980s, James Fries, a gerontologist at Stanford University, first argued that as average life expectancy had increased because medical, environmental and behavioural changes have reduced premature death, so would ill health and disability be compressed by delaying the onset of chronic illness into the final years of life. He said total years of poor health would be reduced; a hypothesis known as “morbidity compression”.

An alternative model is that the onset of ill health happens at the same average age and the gains in average life expectancy merely extend the total years of morbidity.

A third possibility involves a dynamic equilibrium in which ill health is delayed and total years of ill health remain unchanged.

The evidence on trends in morbidity is still largely inconclusive. Most research is based on US data with studies that show compression, expansion, as well as limited change in levels of morbidity. The most recent large study, released last month, found evidence of a significant compression in morbidity among older Americans.

A 2009 study by Carol Jagger at the University of Newcastle in the UK looking at EU countries found considerable international variation in trends, with nine countries where disability-free life expectancy increased and four countries where it decreased.

Closer to home, the picture is also mixed, not least because the necessary longitudinal data is scarce. A recent report by the National Sustainability Council notes that baby boomers aged 53 to 62 in 2007-08 had greater rates of obesity, diabetes, hearing loss, arthritis, and high cholesterol than the same age group in 1989-90. Part of the reason for apparently worse health is because a greater proportion of the younger cohort survived, albeit with greater health issues on average.

Risk factors such as obesity and chronic conditions such as diabetes that we’re observing earlier in life (due to screening, for example) do suggest greater health complications in future. But disability and functional limitation from these conditions may still be delayed by enabling technology or cures.

The Australian Institute of Health and Ageing (AIHW) reports that between 1998 and 2009 increases in life expectancy at age 65 included more years at the end of life with a disability and with severe functional limitations. But on the positive side, these were on top of increases in disability-free life expectancy at age 65 – from 7.1 to 8.2 years for males and 8.7 to 9.7 years for females.

As new data comes on stream, the next step for researchers will be to project the rates of healthy life expectancy into the future. Some are doing this already by extrapolating trends and calculating the probabilities of moving into ill health.

A massive global effort to understand the health challenges across countries reveals that in Australia and elsewhere, musculoskeletal problems, particularly lower back pain, are the top causes of “years lost to disability” among older people. It is an area to which more research funding should be dedicated.

What does this mean for an ageing workforce?

Health barriers to employment can be overcome if such conditions and capabilities can be accommodated to allow people to work.

Government responses include providing services that help individuals and employers by way of advice and through subsidies for workplace modifications. Changes to incentives around benefits mean that individuals on Disability Support Pension (DSP) can now work up to 30 hours per week without losing benefits. And the National Disability Recruitment Coordinator works with businesses with 100 or more employees to help them employ and retain people with a disability.

Perhaps we can also appeal to employers' self interest. After all, older workers have enormous value. They have mature judgement, reliability and loyalty, corporate memory, and lower levels of occupational health and safety incidents. Business can also benefit from workers that resemble their client demographic.

With the right modifications and assistive technologies, older workers can be as, if not more, effective than other employees.

Some industries are absorbing older workers at higher rates than others. Currently, the industry with highest proportion of older workers is agriculture, forestry, and fishing – 30% of its employees were aged 55 or over in 2012. Since 1995, the education and health-care industries have seen the greatest gains.

It remains to be seen what the health and disability profiles of older workers will be and which employers will be able to adjust and reap the benefits of population ageing.

Rafal Chomik is a Senior Research Fellow at the ARC Centre of Excellence in Population Ageing Research, UNSW.