David Murray’s Financial System Inquiry may call for the removal of superannuation tax breaks but the government’s tax discussion paper, due to be released next week, is unlikely to do the same, writes Gordon Mackenzie. 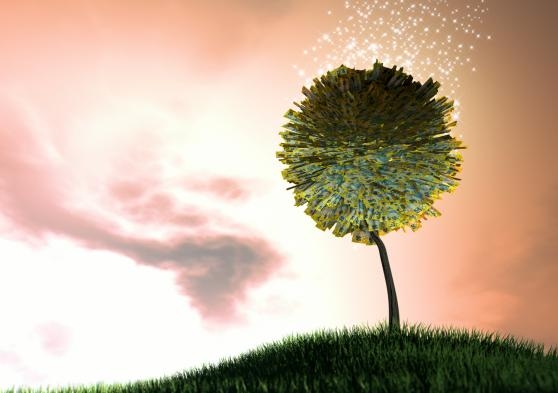 OPINION: David Murray’s Financial System Inquiry may call for the removal of superannuation tax breaks but the government’s tax discussion paper, due to be released next week, is unlikely to advocate similar changes.

The FSI inquiry report recommends articulating the overarching purpose of the superannuation system so that future tax changes can be measured against the objective.

It says the purpose of superannuation is to “provide income in retirement to substitute or supplement the age pension”. This then prescribes, in theory at least, the tax breaks individuals can get from the system.

In this case, the maximum tax break an individual should get from superannuation would be roughly equal to the net present value of the age pension paid from age 65 to the median life expectancy.

The age pension is designed to keep people out of poverty after they leave the workforce. Yet how does the inquiry’s definition of superannuation fit with financial planning theory which says that people need to aim for 70% of pre-retirement income to maintain their lifestyle?

It makes redundant any discussion about whether the current compulsory contribution limit of 9.25% provides an adequate retirement income. It also implies that superannuation should attract few tax breaks.

The theory is don’t use taxes to incentivise saving

Second and third, tax benefits only go to the wealthy who have disposable income to save and who have access to information to maximise the benefits of saving, such as accountants and lawyers.

Finally, tax concessions don’t increase savings, they just move preferences to where people save.But the reality is that they are used.

The report observes that superannuation tax breaks distort behaviour and favour the wealthy. However, a number of its observations will be difficult for the government to implement.

The inquiry report endorses Ken Henry’s tax review recommendation to reduce the tax benefits of popular negative gearing investing as well as the over-taxation of income from deposits. It also advocates that income from large superannuation balances should attract more tax, however this has a whiff of retrospective tax about it.

Another suggestion that post-tax contributions should be further limited is also unlikely to be adopted by the government. Few people use these concessions and they benefit empty nesters who are selling down to enjoy a hipster inner city lifestyle rather than those trying to minimize their tax obligations.

The report says the system that taxes super earnings at 15% in the accumulation phase but not in the retirement phase, leads to asset allocation distortions, tax arbitrage and prevents funds offering “whole-of-life” financial products. However, it is doubtful whether any of these problems are tangible and important enough to warrant changing the system.

Finally, the report suggested removing the company share dividend imputation system and reviewing the capital gains tax discount. Interestingly, the report argues these incentives distort asset allocation yet both these measures were introduced with the intention of removing tax distortions.

Imputation credits were introduced to lower the cost of capital towards equity rather than debt funding. The capital gains tax discount was introduced to prevent the over-taxation that potentially arises from capital gains all being taxed in one year leading to higher marginal tax rates.

However, the report’s focus on changing interest withholding tax on foreign lending institutions should be addressed. This tax distorts the funding decisions of financial institutions and places Australia at an international competitive disadvantage. If it has to be paid then almost invariably it will be paid by the Australian borrower, not the foreign lender, so it just raises the cost of capital with little revenue to be gained.

Should these tax observations be included in the tax issues paper? They seem to warrant considered discussion but with two overarching caveats.

First, superannuation is a very long-term savings vehicle and changes reduces confidence in the system.

Second, savings in the system are there based on the good faith continuance of existing tax laws. In the past 35 years there has been only minor changes that adversely affected existing superannuation account balances.

However, the chances of the government implementing these tax changes is slight.

Though Treasurer Joe Hockey backed the report’s recommendations to lower fees for super funds, it is unlikely that many of the report’s observations in terms of tax will go ahead.

Adverse changes to the superannuation system are off the table for the first term of this government apparently. If superannuation tax breaks are measured against the age pension, a significant proportion of the population will be adversely affected.

Changes to capital gains tax is also unlikely to go ahead as most countries differentiate between regular income and capital gains. What remains is imputation credits for company dividends. Adverse changes here would be politically unwise as they are very popular among mum and dad investors and super funds.

Gordon Mackenzie is a senior lecturer in the School of Taxation & Business Law at UNSW.