New Dean for the Australian School of Business

Vice-Chancellor Fred Hilmer has announced the appointment of Geoffrey Garrett as Dean of the Australian School of Business. 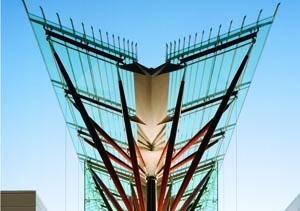 UNSW Vice-Chancellor Fred Hilmer has announced the appointment of Geoffrey Garrett as Dean of the Australian School of Business.

Professor Garrett will replace Professor Alec Cameron, who is moving to a Deputy Vice-Chancellor post at the University of Western Australia.

Currently Dean of the University of Sydney’s Business School, Professor Garrett has had a distinguished international career. He has held continuing academic appointments at Oxford, Stanford and Yale universities and the Wharton School of the University of Pennsylvania as well as global leadership positions as President of the Pacific Council on International Policy in Los Angeles and Dean and Vice Provost of the UCLA International Institute.

“I am delighted Professor Garrett has agreed to take up this position,” Professor Hilmer said.

“The Australian School of Business is recognised as one of the region’s leading business schools, with world-class teaching and research capabilities. At a time of change in the global and regional business and educational environment Professor Garrett comes with impressive credentials to take the School forward.

“I also take this opportunity to thank Professor Cameron for his immense contribution to the University.

“Alec played a major role in bringing together our Faculty of Commerce and the Australian Graduate School of Management to form the ASB, becoming its founding Dean in 2007. Under his leadership the ASB has grown to become a leader in the Asia Pacific and a business school of world standing,” Professor Hilmer said.

Professor Garrett will take up the Deanship by mid 2013. Professor Greg Whitwell will be Acting Dean of the School in the interim.