Nobel Prize-winning economist Professor Joseph Stiglitz will discuss the Global Financial Crisis, its impact and the future of the world economy, in a public talk at UNSW tonight. 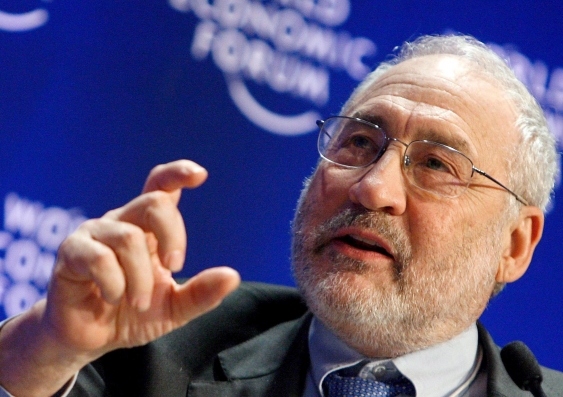 Nobel Prize-winning economist Professor Joseph Stiglitz will discuss the Global Financial Crisis, its impact and the future of the world economy, in a public talk at UNSW.

One of the world’s most distinguished academics, he served as Chairman of the Economic Advisors under President Bill Clinton and Chief Economist at the World Bank, which makes him well placed to analyse the recent worldwide financial crisis and suggest ways forward.

He suggests that many of the current diagnoses of the GFC were wrong. Although conventional wisdom suggests that the financial sector had caused the problem with bad banking, and regulation would allow the banks time to heal while there is an economic stimulus to help the economy recover, he suggests that excessive household leverage and an overhang of real estate will continue to cause problems for decades to come. He will suggest some structural transformations he believes are necessary to ensure a full recovery.

Professor Stiglitz was awarded the Nobel Prize in Economics in 2001. In 2011 he was named by Time magazine as one of the 100 most influential people in the world. A Professor at Columbia University in New York, he is a member and former chair of its Committee on Global Thought. He also chairs the University of Manchester's Brooks World Poverty Institute.

Professor Stiglitz is in Australia as a guest of the Economic Society of Australia, sponsored by The Crawford School of Public Policy at the ANU. His talk will be at the Sir John Clancy Auditorium at the UNSW Kensington campus on Monday 7 July.

The event will be live streamed. Go to the event website for details.

Vital signs: The GFC and me - 10 years on, what have we learned?