Opinion Nothing being done to help ripped-off consumers 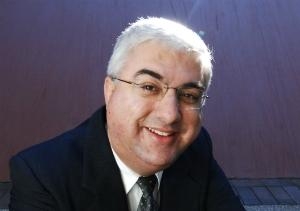 OPINION: With the cost of living going through the roof you have to ask, who has the guts to tackle the issue at a federal level? Tackling the cost of living means getting tough with the growing number of companies that rip off consumers. Major petrol retailers, the big banks, electricity companies, insurance companies and the major supermarkets all need to be made accountable. It is no coincidence that the escalating cost of living comes at a time when we are seeing record profits from all those companies that have come to corner the market. The notion of a free market has been distorted to mean that monopolies, duopolies and oligopolies are just free to rip off consumers. That’s why we need effective competition laws. Who has the guts to give us the effective competition laws we so urgently need?

Let’s start with the federal Labor government. Will Julia Gillard, Wayne Swan and David Bradbury give us effective competition laws? Probably not, as time is fast running out for them and the federal government. The harsh reality is that MPs like Bradbury will feel the heat of any failure to bring down the cost of living. Bradbury, in the federal seat of Lindsay, could even be an early casualty of a federal Labor loss come September. Lindsay, like so many Federal seats around the country, is made up of families being ripped off by the monopolies, duopolies and oligopolies. Chris Bowen previously gave us the ACCC petrol commissioner, but was appointing a new ACCC commissioner the way to tackle the escalating cost of living? Of course not, for the simple reason that the petrol commissioner was not given any new legislative powers to tackle the games played by the major petrol retailers.

One would imagine that federal Labor would have realised by now that having more ACCC commissioners was not the answer. In fact, there was always the danger that these would be seen as window dressing, as having more ACCC commissioners is just no substitute for having effective competition laws. Why has federal Labor failed to put downward pressure on the cost of living? Quite simply because they have failed to deal effectively with the growing number of monopolies, duopolies and oligopolies that enjoy extracting as much out of consumers as they can get away with. The poor consumer simply gets ripped off and is forced to hand over more and more of the family budget to these insatiable monopolies, duopolies and oligopolies. What is needed is a comprehensive review of our competition laws; and that is, interestingly, where there is currently a clear policy distinction between federal Labor and the opposition.

So while federal Labor refuses to have legislation for the new commissioner, their old mates, the Greens, see the merit of such legislation. There’s nothing like a difference of opinion between federal Labor and the Greens to promote a robust and healthy policy debate. Let’s not forget senators Barnaby Joyce and Nick Xenophon, who have also been standing up for small business and consumers. Both recognise how critical small businesses are to the competitive process and correctly view monopolies, duopolies and oligopolies as threats to the free market. For them a general divestiture power to break up the monopolies, duopolies and oligopolies is a vital part of Australia’s competition laws. The US and Britain have a general divestiture power in their competition laws; so should we.

Then there’s Bob Katter. Katter should be carefully watched. Katter also has a clear commitment to small businesses and farmers, and his people could pick up one or two Senate seats in the election. There are plenty of Queenslanders who love Katter and who would vote for his team to send a message to those in the major parties who have done nothing to prevent struggling Queensland farmers from being destroyed by the monopolies, duopolies and oligopolies. Another group to watch is the DLP, with its committed Victorian senator John Madigan. Madigan and the DLP should not to be underestimated as they could be part of the balance of power in the Senate after the election. Madigan speaks passionately about the plight of Australian farmers and small businesses and everyone should listen closely to what he has to say.