It would be truly tragic if Australia's retirement income policy was compromised for short-term political gain, writes John Piggott. 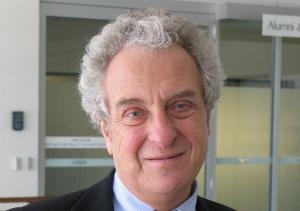 OPINION: Australia’s retirement income system is the envy of the world. International commentators are always saying how lucky we are, having the system we have. A transfer system that is affordable, because transfers are flat-rate and don’t go to the rich, and sustainable as the population ages. A pre-funded system robust enough to withstand the stresses of the global financial crisis, providing the basis for earnings-related retirement income.

No wonder the Mercers Global Pension index, which measures integrity, adequacy and sustainability of retirement income policy, consistently has Australia in its top three worldwide.

But this huge policy asset may yet be torn apart, not by external forces beyond our control, but by fractious political brawling over its taxation. We’re talking here about people’s lifetime planning. They’re already dealing with uncertainties in the labour market and investment returns. Adding tax risk is politically irresponsible and shows indifference towards the citizenry.

It should not be a taxation arena for governments to visit for a short-term revenue grab. We have the world’s best retirement income design, with the world’s worst retirement taxation regime. It’s time to get a perspective.

In most advanced economies, contributions to workplace pensions are tax-free, the pension funds themselves pay no tax and when the beneficiary receives his retirement income, it’s taxed at his marginal personal rate. This is what economists call an expenditure tax – you’re taxed on what you have to spend. Sometimes pension economists call this the EET system – contributions are exempt (E) from tax, investment returns are exempt (E) from tax, benefits are taxable (T).

Under certain conditions, the outcome would be the same if you taxed contributions and then exempted investment returns and benefits – TEE – except that the government would get its revenue sooner. These two arrangements can be thought of as broadly equivalent.

This expenditure tax paradigm is distinguished from the income tax paradigm, which taxes the return on investments and savings (TTE). With an expenditure tax, the return on the saving is tax-free, allowing the full power of compound interest to work over time towards a larger accumulation. The implicit deal with the worker is, postpone your consumption until retirement and we’ll give you a tax break.

The EET arrangement for retirement works well, and without controversy, in many countries. As a piece of tax design, it has many advantages. It does not distort the price of current consumption relative to the price of future consumption.

This is an important choice and removing price distortion helps. It also dramatically reduces asset price distortions. The two major retirement assets in most advanced economies are pension accumulations and the owner-occupied home – and in most advanced economies, as in Australia, the home in effect faces an expenditure tax, TEE this time. Taxing these two assets in a similar way helps allocate resources sensibly.

So why has Australia’s superannuation taxation always been such a political hot spot? One important reason is that when its taxation was reformed in the ’80s, policymakers introduced a separate superannuation tax regime, removing the link with the personal income tax rate schedule. While the overall tax take is close to what might be expected from an expenditure tax regime, it means super taxes can be altered with no immediate impact on a pay packet, which is always convenient politically.

A second reason is that people pay attention to Treasury estimates of tax expenditures. These are artificial calculations of what might be if you replaced the current superannuation tax structure with a comprehensive income tax and no-one changed their choices. The tax treatment of both housing and super attract large tax expenditure numbers, primarily because of the zero or low taxation of investment returns – imputed in the case of housing (the rent you don’t pay). These tax expenditure estimates are a mirage and should not be used in this context. One reason you have a non-comprehensive income tax is that policy should not penalise people for prudent saving for their retirement, in a house or in super.

There is no economic analysis – at least, none for several decades – supporting the idea that a comprehensive income tax is a good tax. The income tax embraces several broad tax bases – labour, capital, and transfers. While there may be good reasons for taxing labour income from different sources the same and capital income from different sources the same, there is no reason to tax labour income and capital income the same. Most economic analyses suggest that it is best to tax capital income lightly to promote saving and investment. Which is what our current personal tax and superannuation tax systems do, if somewhat messily.

Equity is surely an issue in a country like Australia. But we have an excellent set of transfer policies that could be extended. And we could add an additional higher marginal tax rate for high income earners if we are concerned about the wealthy getting off too lightly. These are the instruments to use for equity, not the superannuation tax structure.

Having said all this, super taxes could still be improved. The Henry Review, accepting that benefit taxation at the personal rate was infeasible, sought to relate contributions taxes to the personal income tax but at lower rates, allowing for the fact the marginal rate when you are retired is lower than the marginal rate while you’re working. This would be a kind of TEE arrangement, capturing much of the advantage of the more widely used EET set-up. In the scheme of things, an acceptable improvement that would address the separation of super taxes from the personal income tax rate scale.

There may be other approaches, and related issues. Contribution limits, and perhaps lifetime limits, need re-examination. Super taxes can also be used to encourage people to take income streams rather than lump sums, as has been the case in the past in Australia.

What is needed is a deliberative and dispassionate review of superannuation taxation. Not something to be done in an election context; not something to be rushed. Ideally, something that wins bipartisan support. And an outcome that remains stable.

This is less impossible than current rhetoric suggests. We have bipartisan agreement on the superannuation guarantee itself, including, as I understand it, the increase to a 12 per cent mandate. On the face of it, this is a much bigger policy than its taxation.

It would be truly tragic if retirement income policy was compromised for short-term political gain. It’s one of Australia’s strengths as we shape up to the challenge of an ageing demographic.

John Piggott is professor of economics at UNSW and director of the ARC Centre of Excellence in Population Ageing Research. He served on the Henry Review panel, and was a member of the Ministerial Superannuation Advisory Committee.

This article was first published in the Australian Financial Review.