The superannuation system does not need more regulation; it needs a regulator equipped and prepared to use the powers it has, writes Scott Donald. 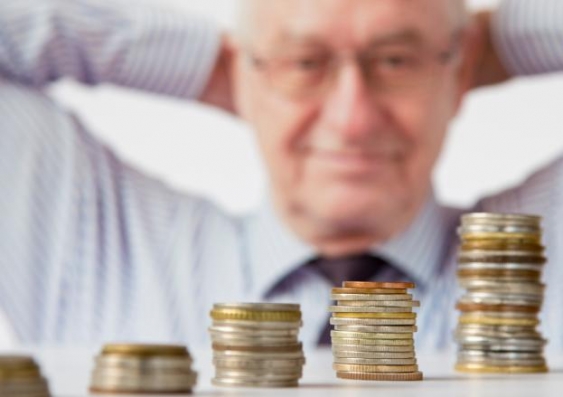 OPINION: Revelations that employees of Cbus, one of Australia’s largest superannuation funds, may have provided confidential member data to a union colleague has added fuel to the contention that all is not well in the superannuation world, governance-wise.

The news comes hard on the heels of the suggestion in the interim report of the Financial System Inquiry that the superannuation system may not be competitive, which also implies a governance deficit of some kind.

The news also follows more recent rumours that the inquiry is considering how to deunionise and depoliticise the superannuation system.

Calls for reforms to the governance of superannuation funds are not new. The 2010 Cooper review recommended a number of governance reforms, many of which are now in place.

One recommendation that was not accepted by the government of the day was that the equal representation requirement for board governance of superannuation funds should be scrapped.

This requirement was originally designed to ensure that both workers and employers were heard at the board table when key decisions were being made.

Ironically, that same requirement entrenches in super fund governance two groups whose relevance to superannuation some observers now regard as moot: employers, whose responsibility in a defined contribution system effectively ceases once the money has been contributed; and unions, whose influence outside the superannuation context has been waning in many workplaces over recent decades.

But is equal representation really the problem? Board members have to be sourced from somewhere.

Member elections, practised to a small extent today in the superannuation industry, face considerable logistical challenges. Even if those could be overcome, the likelihood of board elections becoming hostage to organised interest groups with undisclosed, ulterior motives is too great to disregard.

For all their flaws from a democratic perspective, nomination processes have the virtue of being cheap and transparent.

It seems more likely that the problem stems from directors feeling the need to represent their nominators, rather than the membership (as is required by law).

What if the equal representation system was enhanced with a dose of director independence, as was suggested earlier this year? Independence is often touted as a sort of probiotic for governance.

In the corporate world, independence serves as a counter to managerial influence on the board. In the world of superannuation it might counter outside influences, such as union or employer organisations or special interest groups.

It might also promote cognitive diversity in a system that, 25 years down the track already displays an unhealthy degree of inbreeding. But that assumes that the process for identifying potential candidates for board positions can break out of the tiny Petri dish that currently provides its gene pool and tap new sources of talent.

More problematically, for independence to work you have to be sure that the directors are genuinely independent and not simply informally nominated by those already represented on the board. This is too often the case in funds today.

As Professor Sally Wheeler and others have shown, this type of structural independence is of limited value. It creates the impression of independence but doesn’t necessarily improve board decision-making.

What is needed is genuine independence of mind and a determination to promote the best interests of members. An absence of incentives and pressures that distract from this goal is also necessary.

Make use of what you have

All those requirements are already present in the legislation and regulation imposed on the superannuation system.

This is an area where more effective oversight by the Australian Prudential Regulation Authority might yield results.

The fit and proper test applied by APRA to all individuals and boards gives it the power to effect real change in the organisations it oversees. APRA’s supervisors are ideally positioned to discern situations in which those incentives and pressures pose a risk.

The problem is that, although APRA talks at length about organisational culture and risk, it has limited resources and super funds are increasingly complex.

Moreover, an evolution in regulatory mindset may be required. A super fund is not a bank. Nor is it an insurer.

Super funds can lose money, as happened with Trio Capital, but the more insidious threat to the system is not localised fraud or investment crashes.

The bigger threat is the slippage in performance from lax governance and the potential for hidden linkages across the system to cause risks to propagate beyond their local origins.

The failure of HIH Insurance and the global focus on bank regulation evident in the various generations of the Basel accords spurred APRA’s understanding of risks in the insurance and banking sectors.

On the other hand, the incidence of failures in the superannuation system has been remarkably low.

Funds have merged, had their boards reconstituted or gone out of business but we have been spared, mercifully, the chastening effect of a full-blown failure by a major superannuation fund.

However, in that success lies the potential for complacency. The system does not need more regulation; it needs a regulator equipped and prepared to use the powers it has.

Scott Donald is Deputy Director of the Centre for Law, Markets and Regulation at UNSW.

Rejected super legislation is a chance to get it right