Opinion Time for a blunt lesson on HECS and price signals

An income-contingent loan system like HECS helps the market weave its magic, ensuring the price mechanism works even better. It’s time to stop apologising for it, argues Richard Holden. 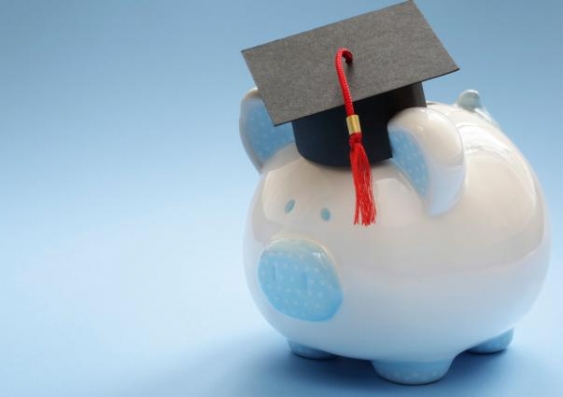 OPINION: There continues to be a lot of discussion about the future of tertiary education in Australia. Should fees be deregulated, places capped, interest on student loans charged at the bond rate? And on, and on.

In all of this debate, however, there has been across-the-board praise for the HECS system, designed by economist Bruce Chapman and implemented by the Hawke-Keating government. And rightly so: it allows students to pay their share of the cost of their education over time, and do so contingent on income. This does two things. First, it provides credit to students, thereby eliminating the need to have up-front cash to pay tuition fees. Second, it provides insurance against labour market risk. Loan payments are only due when a solid income is being earned.

All good, right? I sure thought so. Yet education policy scholar Peter Noonan recently said:

“Anyone who thinks that a system that blunts price signals can simply underpin price deregulation doesn’t understand economics.”

“HECS does blunt price signals but we don’t know whether it blunts them so much that it won’t work.”

Really? The argument seems to be that in a deregulated fee environment, an income-contingent loan (HECS) means prices aren’t as informative as in a market without HECS.

Well, I do understand economics and I beg to differ. In this market, HECS makes prices more informative, not less.

To see why let’s first be clear about just what a “price signal” is. The reason why people like me are fans of markets is because the market’s price mechanism has a remarkable ability to aggregate and communicate information. It can do what no central planner could ever hope to do.

My favourite story about how remarkable the price mechanism is in this regard comes from when I was living in Boston. I used to go to my local supermarket every day, and they had in-store-squeezed orange juice. One winter day, that seemed indistinguishable from the last, I noticed the price had more than doubled from $3.25 to $7.00. I also noticed an employee with a pricing gun changing the price of other juices in the refrigerator.

What had happened? It turned out that 18 hours earlier there had been a frost in Florida that had damaged orange trees, disrupting future supply. This had become known to traders, frozen concentrate orange juice prices had shot up, and local suppliers of oranges had raised their prices immediately in Boston. The supermarket manager, realising that in-store-squeezed juice and bottled juice were close substitutes raised the price of those, too. All in 18 hours — and all through markets.

So in a deregulated market for tertiary education in Australia what would be the price and what information would it convey? The price, of course, would be the cost of tuition. A high price would suggest a valuable degree — perhaps because of field of study (e.g. law or medicine), because of university reputation, or because of the quality of the education and educators. Right now prices are all essentially the same – so no price signal.

Different potential students have different information and perspectives on the value of those disciplines, universities, and faculties. The magic of the market is that the price of various degrees — in a deregulated market — aggregates and assembles all that dispersed information. This point was made forcefully by Austrian economist Friedrich Hayek in 1945 and was later formalised by the great American economist Sandy Grossman.

Now, there’s other information besides prices: rankings, word of mouth, ATAR cutoffs, and more. So prices wouldn’t be the only source of information in a deregulated tertiary education market, but still a very important one.

The key thing to understand in all of this is that most students are credit constrained. They don’t have accumulated cash to pay tuition up front. So they have to borrow. HECS allows them to do that on very generous terms. But suppose there was no HECS. What would happen?

Without the private loan market stepping in this would mean a whole host of students could not afford to pay for university. So they would not participate in the market. This would be terrible for them, but also terrible for the market. Their valuable information about the future would not be incorporated into the price for tertiary degrees and that would make even those who could afford to participate worse off.

The bottom line is that for markets to work well they need to be liquid — they need to have a lot of participants. The more liquid they are the better they are at aggregating and communicating information. When a huge chunk of people are credit constrained and can’t participate in the market that’s bad for them and bad for the market. Letting them in, as HECS does, sharpens the price signal.

Would it be sharper still without income contingent repayments? I think not. That would make students bear more labour market risk and drive more students out of the market for tertiary education. Both efficient risk-sharing and efficient credit-provision makes price signals better. And that’s precisely what HECS does.

The trap that Noonan and Davis have fallen in to is to think that because HECS makes students less responsive in their decisions to changes in prices it makes prices less informative. Not so.

It is an understandable mistake, for well-functioning markets do two things. They equate supply and demand, and they convey information. Both are pretty important! But it’s in fact the latter that is what a “price signal” is really all about—particularly in a market like that for tertiary education with dispersed information and a good deal of uncertainty about the future.

Hayek would have liked HECS. It helps, not hinders the market weave its magic. It makes the price mechanism work even better. It’s time to stop apologising for it!