Opinion The truth about FBT on cars

The Government's announcement that it's changing the rules on fringe benefits tax and cars is another example of just how difficult meaningful and principled tax reform is in Australia, writes Dale Boccabella. 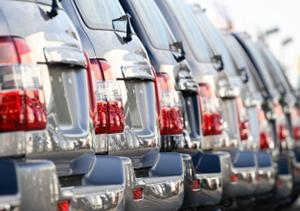 OPINION: If we needed another example of just how difficult meaningful and principled tax reform is in Australia, we got it recently in the reaction to the Government’s announcement that it would abolish the “statutory formula” method for valuing fringe benefits representing employer-provided cars. The reaction at times was hysterical.

Some of the claims were extreme and they are obviously calculated to put as much pressure on the Government to back down fully, or at least in part. These are the facts in regard to the relevant tax law.

Where an employer provides a car for the use of an employee, a fringe benefits tax liability might arise. There are two methods of valuing this type of car usage benefit. One is the “cost method” and the other is the“statutory formula” method.

The cost method works out the cost of operating the car for the year (for example, petrol, servicing, insurance). From there, the employer (with the employees help) establishes the percentage of private use (such as a weekend drive to country) and percentage of income producing use (travelling from work premises to clients) of the car by the employee.

This is done on the basis of kilometres travelled on each activity by the employee. This is ascertained by the employee, for the employer, by keeping a log book of income producing trips for 12 weeks in the first year in which the employee had use of the car.

The employer can choose whichever method suits them, including the one that gives the lowest taxable value. It is clear that the statutory formula method, like other presumptive tax mechanisms, is a simplification measure; it means an employer (or employee) can avoid the tax compliance obligations associated with keeping a log book under the cost method.

This is what a principled, equitable and efficient income tax system should be taxing. Fringe benefits tax (FBT) is a surrogate income tax on employees who receive benefits for private consumption, but one unfair aspect of the FBT regime is that it taxes all benefits at the top marginal rate of tax applicable to natural persons (currently 46.5%) even though the recipient of the benefit may be on a lower tax rate than 46.5%).

This means that where the statutory formula method gives a lower taxable value than the cost method, the taxpayer is getting a tax concession.

The removal of the statutory formula method simply moves this part of the tax system back to a principled position by removing a tax concession. These facts have been completely lost in the “debate”.

Start date could have been more prospective

In spite of the above, there is a legitimate issue about the start date of the new rules. The removal of the statutory formula method only applies to all new contracts entered into after 16 July 2013, but even then, the statutory formula can be used for the rest of the current FBT year (that is, until 31 March, 2014). After that year, only the cost method will be available.

All existing employee car usage arrangements can continue to use the statutory formula until the car is changed over. In this sense, these new rules are not retrospective. But, many employers and employees would have been in the process of arranging a new car on the announcement date but that arrangement may fall short of having a concluded contract.

In this sense, it is arguable that the Government measure does operate retrospectively for these employers and employees. To deal with the “immediate start date” issue and “retrospective” issue, the Government could have provided for a more generous deferred phase out of the statutory formula method (for instance, until March 2015).

In 2011, when the Government amended the multiple rates under the statutory formula method to move towards one rate (i.e. 20%), which increased the taxable value on most cars, the Government provided a transitional period whereby tax increases were progressively introduced over three years.

More important to the national interest, does this episode (which may not be over yet) say anything about the prospects for meaningful and principled tax reform? It is certainly not encouraging. It does send the message that those with tax concessions, and the industry serving those tax concession recipients, will not give up their concessions without a fight. It probably does not help where there is a lack of bipartisanship, which is the case with the removal of the statutory formula as the Coalition have indicated they will oppose this measure.

Similar to many areas of human conduct, the longer tax concessions remain in place as part of the tax system, the higher the level of normality that isachieved. Normality and entrenchment can reach the point where usersof the tax concession start believing that the concession is a normalpart of a benchmark tax system.

Some of those complaining about the removal of the statutory formula method may genuinely believe that the government is imposing a tax increase on them over and above what a benchmark income tax would impose, rather than seeing the government’s announcement as the removal of a tax concession.

Many complainants though will be moved by pure self-interest and these people know full well they have been accessing a tax concession. Sadly, our tax system is riddled with many significant tax concessions that depart from a benchmark tax system – such as the 50% tax concession on capital gains of natural persons, 100% exemption on all the gain made on the family home, generous tax concessions on superannuation, failure to tax all land under state land tax regimes.

Some not-so-apparent concessions involve negative gearing, or the current generous treatment of discretionary trusts and the lack of death duties. The longer tax concessions remain in our tax system, the more normality they will achieve. In turn, the harder it will be for future politicians to remove or scale back the concessions.

In a future where Australians demand more services from Government and at the same time resist higher taxes, scaling back tax concessions may be the least displeasing option to meet desired revenue needs. One heartening thing for future governments is that there are still many tax concessions worth a lot of lost revenue that could be wound back.

Dale Boccabella is an Associate Professor of Taxation Law at the Australian School of Business, UNSW.