Opinion Truth must be told about nation's productivity

According to the federal government, quick action to instigate stimulus policies saved the Australian economy. The real story is rather different though, writes Peter Swan. 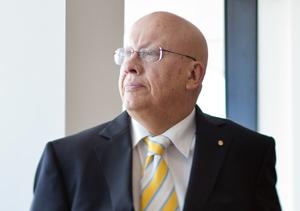 OPINION: According to the federal government, quick action to instigate Keynesian pump-priming stimulus policies saved the Australian economy from the ravages of the global financial crisis.

That was a good result for what was billed as the worst global crisis since the Great Depression.

The Keating "recession we had to have" was far more severe, with a fall of 3.1 per cent.

The real story is rather different, and to focus on the impact on Australians I report only per capita series from the Australian Bureau of Statistics.

What accounts for the divergence between these GDP and income measures, with a roughly 500 per cent difference?

In a recent issue of The Australian Economic Review, Alan Hall writes that due to a measurement inconsistency, the ABS (and other agencies) exclude the change in the terms of trade from the GDP estimates.

That is, the real GDP accounts reflect (or should reflect) values, and not physical volumes.

Thus, production computed from the GDP accounts fails to equate with real incomes and expenditure because the ABS neglects the real purchasing power gain in exports relative to the price of imports (ie the terms of trade).

If the price of our exports doubles or import prices halve, a dollar of exports buys twice as much.

That improves our income, production, and productivity.

To pretend that terms of trade changes in the real production economy are not happening is to behave like an ostrich and having one's head in the sand, and is perilous to our continued prosperity.

In the June 2008 quarter, Australia experienced a huge 15.9 per cent improvement in the terms of trade followed by a deterioration of 13 per cent from the December quarter of 2008 to the September quarter of 2009 that contributed the most to loss in income.

It is far from clear how pink batts and other stimulus measures counteracted this GFC-induced deterioration in the terms of trade.

It is certainly convenient for Wayne Swan (no relative of mine) that he can paper over the global financial crisis period using misconceived GDP figures.

The resulting charge laid against the Gillard government and its predecessors of destroying productivity growth is unfair.

Dean Parham, writing in The Australian last month, finds that productivity growth has disappeared in recent years, if not become negative.

The displayed figure showing growth rates in per capita GDP and income from the March quarter of 2004 to last year's December quarter reveals the true story.

Consistent with Parham's story of productivity failure, per capita GDP has stagnated with almost zero growth over this period (about 1 per cent) while true productivity growth, as reflected in the per capita income numbers, has hardly missed a beat, with the exception of the GFC period.

The overall growth rate in per capita disposable income is 2.35 per cent over this period, comparable with the 1990s, even after taking the crisis into account. This higher income and productivity growth again reflects better terms of trade that have improved by a massive 34.1 per cent since the September 2009 quarter.

In fact, Parham (in the Productivity Commission Report) recognises his pessimistic score card is largely driven by productivity improvements "to the extent that the favourable shift in the terms of trade has brought about a productivity decline (especially via mining), (and) that decline does not bring the usual concern in terms of its effect on the prosperity of Australians".

When these sustained terms of trade improvements cease, it is only then we will find out if Parham's "productivity-sapping regulations" have been allowed to take hold. In the meantime, the ABS needs to report a more honest and transparent set of GDP accounts in time to inform the coming post-budget debate.