There was no silver bullet or magic formula behind the Australian cricket team's turnaround Ashes win. Rather, it shows how building a culture of teamwork yields results, writes Chris Styles. 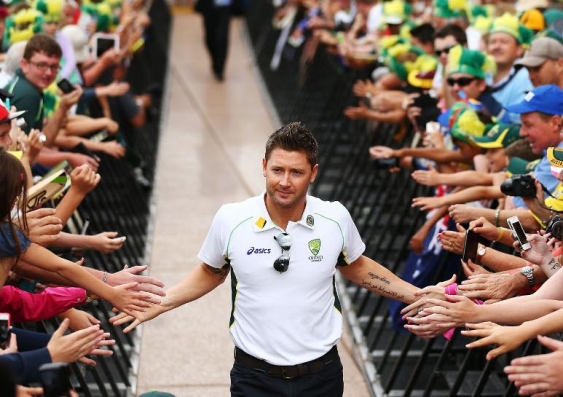 OPINION: Unless you have been living under a rock, you’ll know that Australia has convincingly won the Ashes 5-0. They have done this not by fielding a team of champions but rather, a champion team. Most agree, it has been a miraculous change of fortune from a side that lost the Ashes in 2013, and had a horror tour of India. In England they were called “the worst ever” and in both series that didn’t win a game.

Prime Minister Tony Abbott may have called them “The Unchangeables” at their civic reception in Sydney but “change” is what they did very well. How did they do it? I suspect there are many organisations and leaders who would like to emulate this kind of impressive turn around.

It is unlikely that there was a silver bullet or magic formula. There are however some clues that managers facing similar challenges may wish to take note of.

Firstly, the leaders in the Australian Cricket team and the team as a whole had to genuinely see a need for change. In Michael Clarke’s post match press conference he said that the tough times during 2013 provided the catalyst for change. He was quoted as saying: “We all said, ‘Enough is enough, we have to turn this around’”. More of the same was not going to work and the team collectively realised that change was needed if they were to step back on the winner’s podium. A crisis was not wasted.

Secondly, there was a distinct change in culture and atmosphere around the team. Much of this has been attributed to the approach of new coach, Darren Lehmann, who was appointed during the ill-fated English tour. On the team bus, for example, music and a few drinks now replace homework and briefings. Players talk of a sense of fun and enjoyment. At the same time, however, the work ethic is visibly strong and they are encouraged to be honest with each other when performances are poor.

Thirdly, much has been made of the fact that the team that played the first test also played the other four. This appeared to be strong motivation for the team to perform well. This aligns with the theory that a high performing unit achieves because of the whole rather than the individual sum of its parts. George Bailey has been cited as the player that did not perform his role (as a batsman) well, but his strong contribution off the field and to team morale has also been recognised (in addition to his catching!). Nonetheless, there was a hard edge to this - Clarke said before the fifth test that while finishing the series with the 11 players that started it might be “romantic”, they still had to pick the best 11 to do the job.

Finally, this was a team that was positive and resilient. Dispersed among periods of domination were times when it wasn’t going well at all. At the same time as being honest about where they stood and what was needed, the Australians retained a positive mindset that they could deliver. Confidence and self-belief in themselves, their team mates and their captain was strong.

None of this belies the role of good strategy and the ability to execute. The Australian bowling unit had someone who could send down thunderbolts at 150 kilometres and others who could starve batsmen of runs. The victors also had a “keeper batsmen” that could be called upon to steady the ship after a batting collapse. Perhaps this is yet another reminder that the hard analytics associated with strategy and tactics need to be complimented by the so-called “softer” issues around culture, motivation and people if any team is to succeed.

Many teams and organisations can point to smart strategies and talented individuals. Not all achieve great results. The English team are a good example. These attributes are perhaps necessary but not sufficient. Recognising the need for change when it’s needed, creating the right culture and atmosphere, and having a positive mindset may well be equally important. Perhaps the most important thing is that this decision to turnaround culture is endorsed, supported and executed from the top down.

Chris Styles is Deputy Dean and Director of the Australian Graduate School of Management, UNSW.

Embracing the unknown is the key to tapping workplace talent