There is no excuse for the pattern of black holes in the financial records of Australian companies, including online betting companies, writes Jeffrey Knapp. 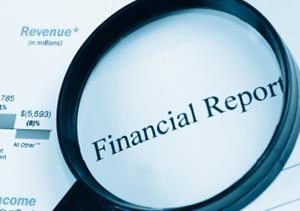 OPINION: I don't know what punters want – but I know what the Corporations Act wants.

A large proprietary company has to put an audited annual financial report on the public record.

The reason for the law is simple. A large Australian company that is economically significant has to be accountable on the public record because of the interests of its multitude of employees, creditors, customers and other stakeholders.

These stakeholders must be allowed to independently inform themselves of the financial affairs of the company.

An audited annual financial report is required to be lodged with the corporate regulator and made accessible to the public because of the broad and diverse interests of the company's stakeholders.

The excuses of secrecy, privacy and commercial-in-confidence do not override the interests of the company's stakeholders or the public interest enshrined in law.

Tom Waterhouse NT Pty Ltd is a large proprietary company, based on comments made by a company representative to Fairfax Media in May 2012.

Apparently the company then had 60 employees, turnover in the hundreds and hundreds of millions of dollars and 80,000 clients.

But the audited annual financial report of Tom Waterhouse NT Pty Ltd for 2012 is not available on ASIC's public database.

The clients of Tom Waterhouse NT have trading accounts with the company that have a character similar to at call accounts with a financial institution.

You would think at least some of those 80,000 clients might wish to refer to the company's annual financial report for 2012 to inform themselves about how the holder of their monies is travelling. You would think parliamentary committees and regulators dealing with online betting company issues might wish to refer to legally required financial information from these companies.

If ASIC had the resolve, I am sure they could find the knowhow.

During the last 18 months or so, there is pattern of large Australian companies overlooking the legal requirements of putting their financial reports on the public record and there is a pattern of ASIC doing little about it.

The financial information missing from the public record indicates both a parlous state of corporate regulation in Australia and bad government.

Jeffrey Knapp is an accounting and corporate regulation expert in the Australian School of Business, UNSW.