Opinion Weibo’s US listing: tweeting the end of the HK IPO? 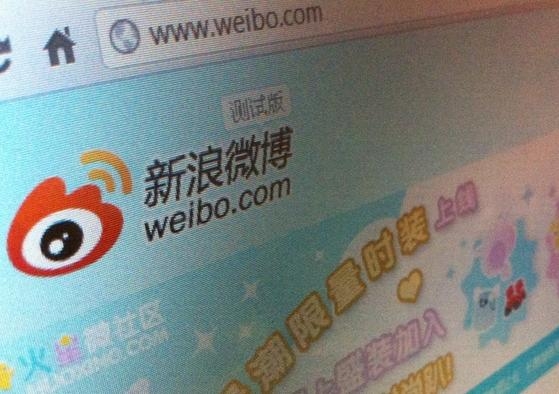 OPINION: With news that another Chinese tech giant is headed to Wall Street, Hong Kong appears to have again missed out on another lucrative IPO.

Valued at a phenomenal US$7-8 billion and boasting more than 600 million users in the world’s largest and rapidly growing internet market, Sina Weibo (China’s Twitter-style microblogging platform) is significant enough to make any investment banker drool.

So why has Weibo chosen New York and what are the implications of this decision on Asia’s competitive IPO landscape?

This is part of a new trend of mainland companies bypassing the traditional Hong Kong listing option in favour of more advantageous terms on offer in New York.

Negotiations between e-commerce behemoth Ali Baba and the Hong Kong Exchange collapsed in October last year with Ali Baba taking its business to New York, costing HKEx an estimated US $25 million in revenue and significant prestige.

Analysts attributed the breakdown to HKEx’s refusal to budge on key corporate governance issues and Ali Baba’s insistence on maintaining control of several board appointments.

There is no doubt Hong Kong has been a significant beneficiary of China’s “go global” expansion and that the former British colony has been a platform to facilitate Chinese investment overseas.

Hong Kong’s independent judiciary and rule of law provides an attractive firewall for international companies wanting to engage with Chinese capital with less exposure to risk.

But Hong Kong is increasingly being overlooked by mainland companies attracted by liberal US regulations like the possibility of dual-class share structures, more flexibility around board appointments and the ability to list without demonstrating profitability.

So has Hong Kong lost its competitive edge?

The answer is a beautifully straightforward yes and no.

I have written previously that social, political and economic tensions between the special administrative region and the mainland are increasingly the norm.

As Beijing continues to roll out its free trade zones and reforms around interest rate liberalisation and currency convertibility, Hong Kong will begin to lose much of its historic appeal.

Hong Kong’s rule of law and transparency is a significant value proposition for foreign companies seeking safer exposure to China, although the attractiveness of this to mainland companies is perhaps less clear.

Hong Kong cannot afford to lose out on any more lucrative technology listings. China’s internet and e-commerce industry is the space to be in – the e-commerce sector racked up an astonishing US$2.76 billion in trades last year alone.

Much of the energy in Hong Kong’s recent mainland IPO activity has been clustered around what are often state-owned Chinese banks, securities firms and developers pursuing stock listings in the territory.

These transactions often underwhelm investors who are simply unable to gaze beyond the smog currently looming over China’s economy and are perhaps understandably spooked by rumours of a credit crunch sparked by China’s potentially gargantuan shadow banking system.

The returns on a number of these transactions have been consequently disappointing.

These lacklustre debuts stand in stark contrast to the success of a number of Chinese e-commerce and technology IPOs, which seem to be consistently generating solid returns for investors – the value of last year’s Chinese listings on the two large US exchanges have increased by 53% on the NYSE and 28% on the NASDAQ respectively.

Indeed, Tencent (another big name in China’s booming e-commerce world), which listed in Hong Kong a decade ago, still trades in massive volumes and accounts for an estimated 2-3% of HKEx’s daily turnover.

These are fundamental questions that strike at the heart of the debate on Hong Kong’s economic future – the territory can no longer wine and dine on its historic status as a gateway to China.

Major Chinese players in the new economy are voting with their feet and Hong Kong will not break away from the status quo by wooing poorly performing mainland banking and financial services firms. This will not deliver returns to investors while China’s economy remains in transition and chatter persists on the newswires about unsustainable mainland debt.

Inevitably the debate has commenced within the Hong Kong community about whether regulators should compromise on corporate governance and listing standards in the interest of snaring a greater share of high profile transactions.

Hong Kong should be rightfully proud of its status as a major global financial hub and as a financial gateway to Asia.

But its challenge lies in deciding its interest in emerging as a future enabler of the expansion of the new Chinese economy underwritten by its strong transparency and the rule of law.

Hong Kong’s choice is by no means simple but its future prosperity cannot afford too many more tweets in New York’s direction.

Laurie Pearcey is Director of China Strategy & Development and Director of the Confucius Institute, UNSW.