Opinion Why the renewable target should be ramped up, not cut

If the Abbott government wants to cut long-term power costs, it should consider ramping up rather than weakening the Renewable Energy Target, write Peerapat Vithayasrichareon, Iain MacGill and Jenny Riesz. 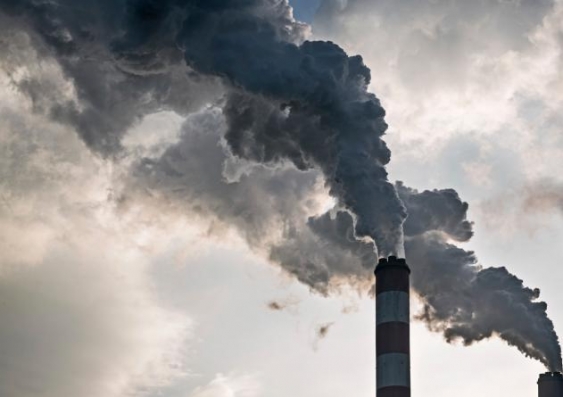 OPINION: It’s hard to predict which of Australia’s climate policies will survive, or perhaps even thrive, in the current parliament. But our research suggests that if the Abbott government wants to cut long-term power costs and risk to electricity consumers, it should consider ramping up rather than weakening the Renewable Energy Target (RET).

Recent UNSW modelling highlights that not only will renewable energy generation reduce greenhouse emissions, but it can also reduce the risks associated with high wholesale electricity costs from uncertain future gas price and carbon pricing policies here in Australia and Internationally.

Indeed, this modelling suggests that a much higher renewable penetration than currently legislated, let alone some of the watered down targets currently under discussion, could assist the Australian electricity industry to cope with an increasingly uncertain, and likely carbon constrained future world.

In particular, it is time to extend the discussion beyond RET costs and market impacts, to their potential contribution to reducing future risks for the electricity industry, and us all.

And the past week in Canberra has highlighted the uncertainties facing carbon policy developments day to day, let alone looking forward over decades.

Recent preliminary RET modelling from consultants Acil Allen, commissioned by the government itself, suggested that maintaining the RET at its legislated target might increase overall industry costs by around A$12.8 billion in real terms, but would result in lower long-term wholesale electricity prices and household electricity bills.

Acil Allen did acknowledge a very important caveat in their modelling - there is inherent uncertainty in the wholesale electricity price outcomes that determine whether customer bills go up or down under different future renewable energy targets.

In reality, there are major uncertainties in these “direct” costs looking forward over 15 years including new build capital costs, fuel costs, electricity demand growth and, in particular, carbon pricing.

Some of this is reflected in Acil Allen’s sensitivity analysis which included demand, fuel costs, capital costs and carbon price fluctuations. However, these represent a very limited perspective on major future uncertainties.

At what carbon price?

Acil Allen’s modelling assumes a zero carbon price in the reference policy scenarios with some sensitivity based around European Union carbon price permits of less than $10/ton of carbon dioxide and then climbing at 3% from 2021.

These uncertainties are also interdependent. Future gas prices seem almost certain to be influenced by future global carbon policies due to the lower emissions of gas compared to coal. Indeed, historical fossil fuel and carbon prices have exhibited considerable correlations in the EU and UK markets.

Our modelling has attempted to explicitly incorporate the major uncertainties in future gas and carbon price and explore their implications for overall electricity industry costs.

Based upon the government’s own projections for future gas and carbon prices, technology costs and demand, our modelling suggests that a renewable penetration of around 65%-75% in 2030 might actually offer the lowest overall industry costs and cost risks. This penetration is of course far in excess of the current target, which was legislated to achieve at least 20% renewable energy by 2020.

Our modelling, like all modelling, can only provide insights and guidance on challenging policy questions such as the future of renewables in Australia. However, our findings renewable generation can effectively mitigate cost risk associated with gas and carbon price uncertainty, with each addition of 10% renewable energy reducing this cost risk by an average of 20%.

So the additional cost of investing in renewable generation at present can be framed as an “insurance” or hedge against future extreme prices if and when the world becomes serious about addressing climate change.

Results of the modelling are shown in Figure 1 where standard deviation (SD) of costs represents cost risk. Figure 2 shows the probability distribution for the lowest cost generation portfolio at each renewable penetration level considered where the width of the distribution represents the extent of cost risk. Figure 2. Probability distribution of the generation cost for the least cost generation portfolio for each level of renewable penetration considered. Authors, CC BY-NC-ND

Investment in renewable generation is preferable to coal generation due to its high emissions, yet also to new investment in combined cycle gas turbines (CCGT), regardless of the future carbon price, due to the anticipated high and uncertain future gas prices.

Future generation portfolios with a large share of CCGT, and consequently far less renewables are likely to be exposed to considerable cost risk. CCGT plants are exposed to high and uncertain gas prices, and therefore play a small role in the lowest cost portfolios, in terms of both capacity and annual generation, even without a carbon price. This reflects the fact that baseload CCGT plants are of lesser value when bulk energy is being provided by variable renewables. Possible future carbon pricing only adds to these risks.

Modelling can play a key role in assisting policy makers and stakeholders to better understand their options, and their potential implications. However, with such high future uncertainty, it is vital that decision making takes into account the wide range of possible futures and the potential risks associated with particular policy decisions. And the RET review and its associated modelling could certainly benefit from better considering these questions.

Iain MacGill is Co-Director, Jenny Riesz is a Research Associate, and Peerapat Vithayasrichareon is a Research Fellow, at the Centre for Energy and Environmental Markets at UNSW.

Power to the people: how communities can help meet our renewable energy goals