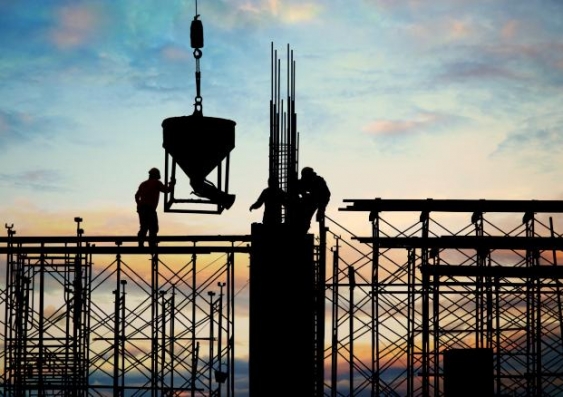 OPINION: After decades of “business as usual” complacency, Australia needs to urgently future proof its construction industry. Without meaningful reform, it’s not a stretch of the imagination to envisage a future in which the local Australian workforce is employed and managed by wholly foreign-owned business interests that direct profits overseas.

This is not yet another pessimistic take on risks posed by the sector’s toxic industrial relations environment or a reaction to the most recent round of revelations of alleged corruption on the part of the building unions; although these are critical factors.

The challenges the industry is facing are much broader than that; and our responses must be commensurately far-reaching. The sector is vital; it employs almost 10 per cent of the Australian workforce, contributes almost $100 billion a year to the economy (6.9 per cent of total national economic activity) and could add another $1.252 billion a year to GDP with just a 1 per cent increase in labour productivity, according to one recent analysis. Understandably, the Federal Treasurer, Joe Hockey, is pushing to get costs down and productivity up.

To do that we need an industry-wide strategy that considers all the factors driving productivity, as well as the IR debate. That means taking several steps back and considering the bigger international picture and where Australia currently fits in. This view suggests that, like car manufacturing, fast-moving changes, reform and restructuring elsewhere in the world are repositioning Australian construction companies unfavourably.

While there is plenty of controversy and debate over cost and productivity statistics it’s probably true to say Australia has lost much of its international competitive advantage since the Cole royal commission over a decade ago and that far too little has changed since the government’s industry commission report into the costs of major projects as far back as 1991.

Twenty-two years of economic growth and the continual focus on industrial relations has helped foster such complacency and has created a number of strategic blind spots around other much needed reforms, while other countries have been moving ahead on a broader range of fronts and innovating to position themselves at the top of the value chain.

Australia has been particularly slow to embrace the innovations that are being explored and implemented elsewhere in the world, such as sophisticated new business information modelling technologies that allow designers, builders, subcontractors and manufacturers to work more closely together and the revolution being ushered in by pre-fabrication technologies that are moving building off site and delivering products like modular bathroom units that can be installed more safely and in a fraction of the time it takes using conventional methods.

In the international commercial sector, new three-dimensional printers are starting to churn out precisely honed components in concrete and polymers, new mobile and augmented reality communication technologies are enabling builders to collect, monitor and access real time information simply by pointing their phones at building components and GPS remote controlled machinery and robotic systems are being developed to improve the logistics of transporting materials around sites. In residential building, Scandinavian, Chinese and Japanese firms are offering complete homes in flat-packs, ready to ship for quick assembly on site.

At the same time, an ever-growing list of foreign contractors is queuing up to break into the Australian market and current barriers to entry will likely disappear over time, enabling a whole host of new ideas and ways of working to threaten the dominance and complacency of local firms.

A large part of Australia’s resistance to change is cultural and under-the-surface. Australia’s construction industry is dominated by long-standing, complex systems of unspoken rules and work practices that have been cemented into place over generations and which are vehemently protected by many vested interests at both blue collar and professional levels. This kind of conservative thinking, embedded practices and resistance to change frustrates progress in reforming the industry.

This is reflected in a range of important global measures. Australia as a nation is relatively poorly ranked compared to its high levels of education and standard of living on international innovation league tables and we are widely considered ‘adopters’ of innovation from elsewhere, not leaders (with ranking below countries such as Estonia, NZ, UK, Austria, Malta and Iceland, Korean Republic and Ireland). The construction industry ranks particularly poorly and there is little to differentiate firms; most offer the same products and services and so compete largely on price. And those firms that do try to innovate find it very difficult to do so.

Conversely, however, industry homogeneity presents a huge opportunity for firms that can break the mould to differentiate themselves. Research shows that a 20 per cent improvement in productivity is within the reach of most firms, more for the long tail of poor performers. Research also shows that the productivity of two groups of workers on the same site doing the same job can vary by 50 per cent, and doing different jobs can vary by 500 per cent; which reinforces the opportunity that lies in flexibility, innovation and cultural change. In labour productivity alone Australian firms could reap enormous new competitive advantage. Depending on the type of building, labour costs makes up about 30 per cent of costs, so a 20 per cent improvement in labour productivity would cut total costs by over 6 per cent, representing savings of billions of dollar a year, enough to build several new hospitals.

Leadership is critical. The United Kingdom, which has clawed its way back up the global innovation rankings to third place in 2013 (Australia was 19th behind New Zealand in 17th) has a dedicated Minister of Construction, for example.

Whatever happens next in the sector’s industrial relations saga is only part of the story. Australia needs a broad and imaginative reform agenda for the construction sector which can unite disparate industry stakeholders around a common vision.

Yes, the destructive industrial relations environment must be resolved and alleged corruption must be investigated thoroughly. But the industry’s future demands we also put innovation, industry culture, engagement, collaboration, procurement, design and skills firmly on the agenda. This is what our competitors are doing. That would make for a really exciting debate. And we need everyone at the table – governments, regulators, construction firms, clients and unions. Every stakeholder has an important role to play when there are nimble new players knocking at the industry gate, but it needs courageous, insightful and focused leadership to get us there.

Martin Loosemore is Professor of Construction Management and Property at UNSW's Faculty of Built Environment.