Designs to change the world 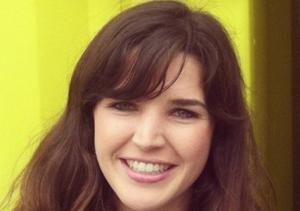 Now the world is taking notice, with the 23-year-old industrial designer winning the Emerging Young Entrepreneur competition in Canada, for her Outreach Vaccine Backpack and Motorcycle Rack (VACCi Pak).

The competition, part of an international conference exploring commerce and creativity, is open to entrepreneurs under 30 who are using technology to solve world problems.

Visits to East Timor convinced Hollie that something had to be done to reduce the country’s high mortality rate for children under the age of five. Further study with the School of Public Health and Community Medicine led to her idea for a more cost-effective method of delivering vaccines.

She now hopes to interest the Bill & Melinda Gates Foundation in developing the project.

“Now I really need to think about what’s next,” says Hollie. “I want it [VACCi Pak] to be a sustainable economic approach that ultimately makes sense for its local users.”

ShanShan Wang, Alfred Boyagdis and Marco Tallarida are in the running for the Red Dot Design Awards. The ceremony will be held in Singapore in October.

VACCI Pak -- how it works