Opinion Transforming architecture and design into a powerful force for change

We have a proposition that has the potential to save lives and alleviate suffering worldwide. It is to rethink conventional approaches to philanthropy, write Alec Tzannes and Judith Neilson. 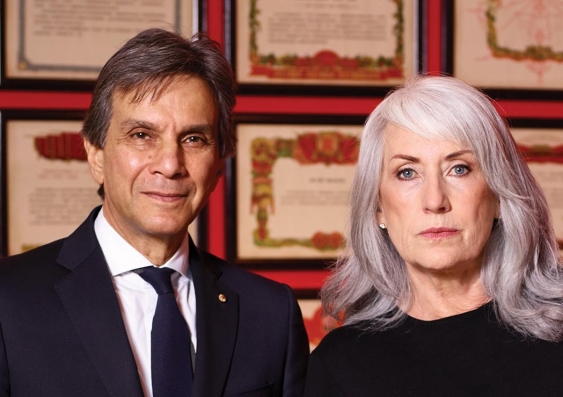 Alec Tzannes, Dean of the UNSW Faculty of Built Environment and Judith Neilson, philanthropist and the founder of the White Rabbit Gallery in Sydney.

OPINION: We have a proposition that has the potential to save lives and alleviate suffering worldwide. It is to rethink conventional approaches to philanthropy. While major philanthropic gifts to support medical research, for example, are well understood, as are donations, big and small, to respond to humanitarian emergencies, we believe philanthropy can be creatively broadened to considerable, positive effect.

We have chosen to make a difference by building a unique new knowledge bank within one of Australia’s most innovative universities to help transform architecture and design into a powerful force for change.

By developing low-cost, sustainable dwellings for the tens of millions of displaced people looking for a place to shelter tonight, and every single night, we can help restore the safety, dignity and hope of some of the world’s most vulnerable people. And in doing so, we can also learn how to utilise durable, sustainable design to improve the lives of every community, from the world’s substandard shanty towns to the urban fringes of modern cities.

This might sound like a grandiose goal. But we believe it is achievable with a long-term commitment to new research, advocacy and teaching specifically focused on achieving better places to live for people of modest means, with consequent improvements in social equity. A new Chair in Architecture at UNSW will enable a world-leading researcher and thinker to galvanise the best ideas from across the globe. An architectural vision of this scale requires long-term support – the new global leadership position is backed by a $10 million endowment, the largest of its kind in Australia.

Why research in architecture and design? The United Nations High Commission for Refugees counted 51.2 million displaced people in 2014. More people are now displaced worldwide than during the widespread dislocation and chaos that followed the Second World War. All projections suggest that as climate change intensifies, and its impacts collide with geo-political, social and economic tensions, the pressures of homelessness and inadequate housing, and the hopelessness those conditions entail, will only intensify.

The international community already invest billions upon billions of dollars every year to shelter or rehouse communities displaced by natural disasters or forced out of their homes by extreme weather, conflict or dire social or economic hardship. Such infrastructure funding is, of course, critically important.

But as the recent 10th anniversary of the devastating Boxing Day tsunami so starkly illustrates, we need more than just money and goodwill. Much of the temporary housing built in the worst hit area of Aceh, in Indonesia’s far north, for example, is now disintegrating. That housing is, however, still occupied by survivors of the most deadly tsunami in human history. By contrast, the billions of dollars invested in Aceh’s reconstruction have also left behind new ‘ghost villages’ of empty houses, unoccupied because of design flaws such as lack of access to running water or the construction of homes in the wrong location.

Sudden, unpredictable natural disasters mean that an immediate emergency can obscure longer terms needs. As such, the imperfect outcome in Aceh is neither unexpected nor unfamiliar. Around the world, many shantytowns were originally intended as temporary settlements, but with nowhere else for their residents to go they have become home for tens of millions of acutely vulnerable people. These makeshift homes, crowded together and unplanned, often fail to meet even the most modest needs of a community, like offering a place to meet and talk. They are also often unsafe. With no access roads for a fire truck, once a fire gets hold an entire neighbourhood can burn to the ground.

We can do much better. Thoughtful research-based architecture and design can concurrently respond to an emergency and anticipate future needs. Take, for example, waterproof sheeting and poles, a familiar immediate solution for providing short-term shelter. If a pole is standardised and made of hollow metal, it can then become a pipe for drainage. The waterproof sheet, too, can be reused as waterproofing in a wall, in the next stage of rebuilding. Nothing should be wasted.

Currently, research into smarter, more sustainable housing and community design is piecemeal. By building a critical mass of researchers around the new Judith Neilson Chair in Architecture at UNSW, we can position Australia as a leader in architecture and design that can transform societies for the common good.

Too often we think of great architecture and design only in terms of aesthetics. Great architects are usually feted for expensive, visually stunning landmarks that transform skylines, not ordinary lives. Well-designed, affordable homes and sustainable, functional communities hold the promise of pride, a sense of purpose and new hope for the future. In our opinion that kind of architecture is just as beautiful.

Professor Alec Tzannes is Dean of the Faculty of Built Environment at UNSW, where the Judith Neilson Chair in Architecture will be based. Judith Neilson is a philanthropist and the founder of the White Rabbit Gallery in Sydney. She has donated $10 million to establish the Chair.

This piece was first published in the Sydney Morning Herald.