Opinion Dig this: how to construct Melbourne’s Metro tunnel safely

The planned Melbourne Metro project faces engineering hurdles, but there may be light at the end of the tunnel, writes Leonhard Bernold. 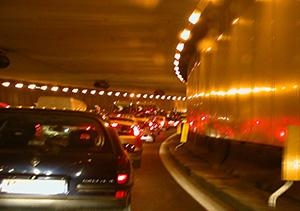 ANALYSIS: According to a report in Fairfax media today, the Labor government is set to announce funding for Melbourne’s A$9 billion metro rail tunnel, in addition to the A$40 million it has already contributed towards getting the project “shovel-ready”. Sounds good? Well, let’s see …

Before any shovels have broken earth, the rail tunnel is facing a series of engineering challenges.

These reportedly include deciding if to run the new tunnel below or above the existing City Loop, the start of construction work on the Victorian Comprehensive Cancer Centre, and the existence of the aquifers beneath and beside the Yarra River, where the proposed tunnel will run.

The project, announced in 2009 by the former Brumby Victorian state government, involves a nine-kilometre tunnel between South Kensington and South Yarra, with five new Metro stations, that will eventually carry up to 60,000 passengers an hour.

Previous tunnelling projects in the Melbourne area have taught us that none of the options for constructing the proposed tunnel will be a cakewalk.

But it should be reassuring to note that there are many global examples that provide evidence that this type of construction can be done safely.

While not wishing to get involved in proposing one tunnelling technique over another, it might be worthwhile to look at some of the technical issues, and the state of best practice, for tunnelling underneath a city such as Melbourne.

Any deep excavation study starts by establishing a clear understanding of the geology that has to be “broken through” and of the water level connected to the site. Adjacent water sources, such as rivers or aquifers, that are fed by a well that may be tens of kilometres away, need to be accounted for.

A detailed soil profile, based on soil samples along and next to the future tunnel line, is essential for the final design. Before those are established, geological maps and reports from previous projects in the area are extremely valuable.

For the Melbourne Metro Tunnel project, the initial source of information would be the Geological Map of Melbourne, SJ 55-5, published by the Victorian Department of Primary Industries.

As might be expected, the map matches the observations by the engineers involved in constructing the Burnley Tunnel between 1996 and 2000. They reported a weathered basalt layer sitting on top of a thick band of silt and clay.

A vertical shaft to the tunnel had to dig through a 20m layer of sand and gravel aquifer referred to as the Moray Street Gravels. At the bottom of the aquifer starts bedrock moulded like a flat bowl and made of the dargile marine deposits, called Melbourne mudstone (made of silt and sand).

As the mudstone is porous, the water from the aquifer was able to leak deeper and engulf the Burnley Tunnel tube, which had to be made waterproof as a result. In addition, the tunnel walls needed to be designed to be strong enough to sustain the hydrostatic pressure (the pressure exerted by a liquid at rest) from all sides.

Of course, these different soil types are not nicely lined up: they are folded and intertwined like a squeezed tablecloth, mixed with small-to-large stones. Finally, the top layer usually consists of a surface soil that could be from previous man-made fills.

Based on the information from these two collaborating sources we can conclude that the proposed Melbourne Metro tunnel will have to be dug below the water table through varying amounts of alluvial, marine and some weathered volcanic material that is considered “soft” ground.

The emergence of tunnel boring machines (TBMs) – built by the American engineer James Robbins in the 1950s – were designed to drill through hard rock made of granite, and were ten times faster than using drill-and-blast method. This record has since been broken many times over, while the number of accidents has decreased.

The new 57km tunnel through the Swiss Alps – the world’s longest tunnel – for instance required four 5 megawatt TBMs with drill diameters of 8.2m.

Because soft ground TBMs can’t utilise the “squashy” tunnel walls to push themselves forward, a different “footing” was needed. A simple solution was provided by the constructed tunnel wall – made of strong pre-cast concrete elements – being installed in the back of the tunnel.

Most large cities around the world are built on top of soft soil as they have evolved from ancient trading villages near lakes or major rivers.

Increasing population sizes demanded larger sewer and drainage pipes and – more recently – subways and motorways to be built underground. The softness of the soil gave rise to a special kind of TBM called Earth Pressure Balance (EPB) shields or machines.

We shouldn’t be surprised to learn 50% of all EPB tunnels are built below the water table. Some of the major cities in which EPB shields have been used include Shanghai, Bangkok, Rome, Naples, Barcelona, Madrid, Rio de Janeiro, Los Angeles and London.

The key risk of any work in soft underground is the potential of soil settlements right above the tunnel caused by the re-arrangement of the soil by the tunnelling work.

Unsurprisingly, the key objective of a geotechnical engineer is to ensure that the equilibrium is preserved in such a way that no damages to surface structures occur.

This job has been made easier by recent advancements: in fact, during the past 10-15 years, EPB shield technology has added important capabilities.

Contributing to these very important enhancements are better computer models predicting the behaviour of soil under buildings; pre-tunnelling in-situ tests; grout pre-treatment or grouting of difficult sub-surface areas; new materials; and, of course, the large amount of knowledge gained from successful projects worldwide.

Older metros in Toronto, New York and Boston were commonly built underneath the pavement of major thoroughfares, applying what is referred to the “cut-and-cover” method.

As the term implies, the construction starts by cutting out an initial space, possibly covering the large opening with beams and steel plates. Excavation advances downwards while the traffic is directed around the necessary openings to lower or raise material.

Of course, trucks, cranes and concrete mixers associated with construction disrupt the pedestrian and vehicular traffic along the tunnel route. Community and business pressures have resulted in the usually-cheaper cut-and-cover option being eliminated in favour of a “deep bore”, using boring machines.

As mentioned, five new stations will be built as part of Melbourne’s Metro project, and these present challenges independent of the tunnels. Stations not only require additional space: they also need to connect to the surface. Underground access to adjacent shopping malls or office buildings is also a very attractive addition.

Circular boring machines are not designed to construct stations. While the cut-and-cover method is used, stations can also be built from the bottom up using the New Austrian Tunnelling Method (NATM).

The basic premise of the NATM is to create a solid roof and side walls before digging underneath the shell with large equipment.

Not only viable for stations and cross-cuts between two tunnels, NATM could be combined with a “cousin” of cut-and-cover to create a up-down construction approach where bearing walls and columns are drilled first from the top.

This is followed by constructing the visible part of the station upwards while concurrently digging underneath (upwards from the tunnel using NATM, or downwards) with the removal of the large amount of excavated material through the already existing tunnel sections previously drilled by the EPB-shields.

This would not only eliminate the need for large dump trucks on the surface but it would also speed up construction.

Light at the end of the tunnel

Finding the best solution for Melbourne’s Metro tunnel will require a close collaboration of all stakeholders advised by tunnel engineers and contractors with expertise in state-of-the-art tunnelling techniques.

Regardless of which route is finally chosen, EPB shield technology appears to present the safest, most productive and economical alternative for building the tubes through Melbourne’s soft, “water-filled” underground.

With an eye to minimising the effect of large truck traffic in the city for excavating the stations, it seems combining “up-down” construction with NATM, protected by advanced grouting – and the removal of the muck through the tunnels – will provide the most desirable solution.

The politics of the project (which is now nudging for top spot in Infrastructure Australia’s National Priority List) will continue to be fascinating; but so will the technical challenges, and solutions to those challenges, going forwards.

Should you be counting on jumping aboard a train on one of the new Melbourne Metro lines any time soon? Probably not. As on so many occasions when it comes to building such large projects underground, we have to expect delays mainly caused by geology.

Leonhard Bernold is an Associate Professor in the School of Civil and Environmental Engineering, UNSW.