In recent years we have failed to apply some of the basic tenets of the competition policy reforms of the 1990s. The cost is our dire productivity performance, writes Vice-Chancellor Fred Hilmer. 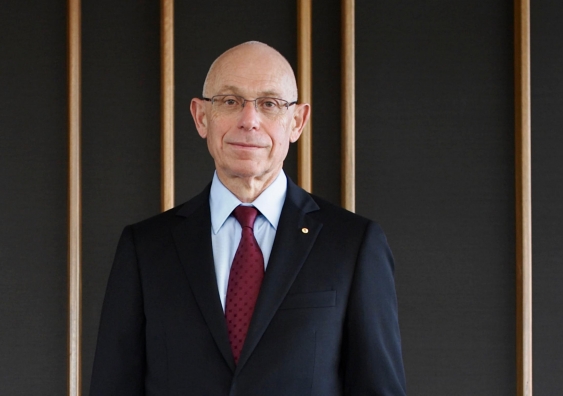 OPINION: Earlier this year I was invited, along with Rod Sims, head of the Australian Competition and Consumer Commission, to address the new Mexican government on competition policy. This was not unusual – it followed similar requests from other countries hoping to lift productivity through competition reform, including the Canadian, Indian, Japanese and New Zealand governments, as well as the Organisation for Economic Co-operation and Development (OECD).

In one way this is ironic, given Australia’s own productivity growth has stalled since 2003. What the continued international interest tells us is that the competition framework that emerged from our review into national competition policy (NCP) in the 1990s has stood the test of time. It is in the area of implementation that we have dropped the ball.

Prime Minister Tony Abbott’s announcement last week of a new review of competition laws and policy is welcome and, if anything, overdue. Australia’s economy and the international economic climate have changed. Moreover in recent years we have been failing to apply some of the basic tenets of the NCP reforms, and the cost of that failure is all too evident.

It is worth remembering Australia’s economy prior to the NCP was one of the world’s most heavily regulated. Many key infrastructure industries including power, gas, transport and telecommunications were restructured, and well over 1000 anti-competitive regulations were reformed.

The Productivity Commission concluded those reforms lifted Australia’s gross domestic product by at least 2.5 per cent over levels that would otherwise have prevailed. Our GDP growth – after years of sluggish performance – was one of the highest in the OECD between 1993 and 2005, underpinned by strong productivity growth. Now, the need to lift productivity is back on the agenda: our rate of annual improvement in multi-factor productivity has dropped to below 0.5 per cent.

Confusion has led to worst practice

Our most serious failure has been in the area of regulation review. A very significant factor behind the boost to GDP was the dismantling of anti-competitive regulations. As long as the National Competition Council drove the process, using the carrots and sticks of annual competition payments to the states, it was taken seriously by all governments.

In 2007, with the National Competition Council out of the picture, the Council of Australian Governments broadened the scope of regulation review, shifting the emphasis to principles of so-called best practice. But it is attempting, in one process, to cover three areas – anti-competitive regulation, ineffective regulation and red tape generally – when very different skills are needed for each.

A competition review focuses on the impact of regulation, barriers to entry, pricing and incentives, and requires a sound understanding of how businesses operate and compete, micro-economic literacy and legal training. To assess regulation effectiveness requires a background in policy analysis. To deal with red tape, expertise in process mapping and work-flow analysis is critical.

This confusion about what is required has, in my view, led to worst practice.

It’s not just our processes that are the problem – too often we’re not observing process at all. All new regulations are intended to pass an impact assessment review against the best-practice principles.

Yet individual or cabinet ministers can decide to bypass this, in which case a post-implementation review (PIR) is required to ensure the negative effect of regulations made in haste can be remedied.

It had originally been anticipated that there would be few exceptions.

However, as the Productivity Commission noted in 2011, the number of exceptions had risen to 60 in the four years since the regime was introduced, with one-half occurring in just the last 12 months.

Examples of bypassed reviews include the industrial relations changes of 2010, the minerals resource rent tax and, closer to my current role, the legislation establishing the Tertiary Education Quality and Standards Agency (TEQSA).

The fact that the fail-safe mechanism, the PIR, is needed in key areas indicates that the requirement for ex ante regulation review via regulation impact statements is being avoided and ignored.

There is no point in having a competition framework if the regulatory process allows barriers to competition without proper review and scrutiny.

Let's learn from our mistakes

Not all our reforms worked, and there are lessons to be learnt. We did not put enough emphasis on public versus private ownership, believing that if the industry structure was right, public ownership could co-exist with competition.

For example, in NSW where all three electricity generators were owned by government, we expected they would compete in a similar way to private enterprise. This clearly was not the case. Competitive markets require at least a significant number of privately owned firms – public interest should be promoted through regulation rather than government ownership.

The second lesson is the need to define more clearly the boundary between private property rights and public interest.

The regime that governs access to essential facilities such as the rail tracks and airports is being reviewed by the Productivity Commission but the issue remains problematic.

Obviously, 20 years on, there are new challenges and opportunities. Important areas that should now become the focus of competition policy include health and education, where there is limited use of competition but the design of markets is flawed. For example, in healthcare, competition too often becomes a zero-sum game of cost shifting rather than competition for the most effective treatment. In higher education, volume (enrolments) is deregulated but price (student fees) is tightly controlled.

In both of these areas, there is increasing interest in the role of competition policy in spurring innovation as well as driving down costs.

Another focus of the review should be high-growth, high-tech industries, which raises the vexed question of the national broadband network. I seriously doubt that having the cutting edge of online innovation subject to anti-competitive regulation will lead to the best outcomes.

It may not be easy to unscramble the regime that’s been created but we need to try. Only a robust competitive environment will deliver the opportunities made possible by these technologies.

It is difficult to estimate just how much this latest review might yield in terms of GDP growth and productivity. In the 1990s we were coming off a very low base, so the gains were considerable. Our current productivity performance is so bad that we should be able to hope for comparable economic gain. Certainly we should approach the review with high aspirations.

But political will for reform must be strong, as it was in the 1990s.

The dire warnings of those sectors that had been shielded from competition via regulation fortunately did not win the day then, and should not be allowed to dictate national policy now.

Professor Fred Hilmer is Vice-Chancellor of UNSW. He chaired the independent committee of inquiry into national competition policy in the mid-1990s.