Opinion ATAR alone not the best judge of potential

Let's have a constructive debate about what could replace the ATAR alone as a fairer, more comprehensive and contextual measure of academic potential, writes Iain Martin. 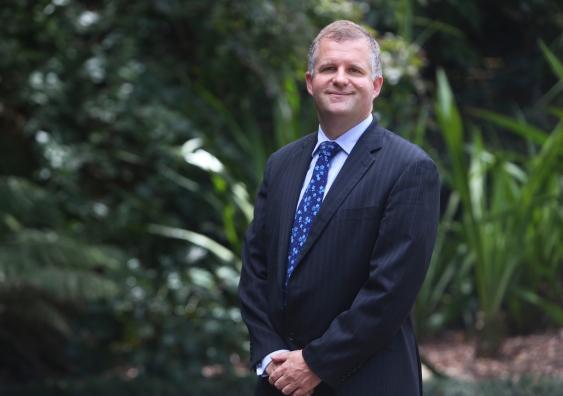 OPINION: We need to find a better and fairer way to assess a student's potential than the ATAR.

Recent coverage in The Sydney Morning Herald highlights the complexities of the current system. But it presents a distorted view of what is happening; UNSW has not abandoned minimum entry standards, nor is it admitting students in a deceptive manner.

All the UNSW students cited were validly admitted through openly publicised schemes, which use criteria in addition to ATAR or provide pathways into study at UNSW. For example, no student was admitted to our Bachelor of Combined Law without meeting one of our published entry standards. Yes, more than 90 per cent of students offered places had a raw ATAR below the published "cut-off" of 99.7 but the average (median) raw ATAR was more than 98. The vast majority of students admitted to this program in 2016 have ATARs close to the cut-off and reached it by being awarded two or three bonus points through the university's published schemes.

Nothing is being hidden from potential students or their advisers. The ATAR system is complex and does not always result in admission decisions that reflect real academic potential. What we are doing, in the most transparent way possible, is to try to compensate in certain circumstances for the inadequacy of the single ATAR measure.

The ATAR is simply a rank. While it is the best single predictor of later academic achievement, at the most it explains no more than about 40 per cent of performance at university. Because of this universities are seeking additional information that adds to this assessment of potential.

All universities have well publicised alternative schemes that add points to a student's "raw" ATAR (to a maximum of 10 at UNSW) to recognise disadvantage or high level performance in certain areas – factors that affect academic potential.

One particular problem with raw ATAR is that it does not tell a university anything about the circumstances in which it was achieved. Has a student suffered some hardship that has affected their results? Has a student suffered entrenched disadvantage? Should we give an Indigenous student an opportunity despite a poor ATAR result? Has a student performed particularly well in subjects directly relevant to the degree they want to study? These are all relevant to finding the right students for a degree.

We have been looking at ways to improve the entry process. UNSW Law, for example, will require students seeking entry in 2017 to sit a specially designed Law Admission Test, which will be taken into account alongside school performance and indicators of disadvantage.

But we would like to see more radical change across the system. Reducing six years of education to a single ranking is simplistic. We believe NSW should move away from the ATAR alone as quickly as possible. We need to look at measures of performance that take all relevant factors into account. They would include secondary school performance in specific subjects relevant to a particular degree. Currently we award bonus points for this but it should be built into an up-front assessment of potential.

A student's social and educational background is often critical. We know that high-performing students from schools whose overall academic performance is relatively low tend to have an ATAR ranking that underestimates their true academic potential. Students from low socioeconomic backgrounds achieve ATARs that are appreciably lower than students of equivalent academic ability but from more affluent backgrounds.

Figures released this week show that Aboriginal and Torres Strait Islander enrolments and the number of students from low socioeconomic backgrounds has risen – which is attributable at least in part to access and equity programs. Far from seeing this as a problem, we are proud of the commitment to social justice.

So let's have a constructive debate about what could replace the ATAR alone as a fairer, more comprehensive and contextual measure of academic potential. Our universities should reflect the demographics of our society – achieving this is a key component of UNSW's 2025 Strategy.

But in the meantime we should not and will not apologise for the success of programs that are extending opportunity to students whose circumstances to this point have not enabled them to demonstrate their full potential.

Our uni admissions process aims to level the playing field

More to success than raw marks