Opinion Climate science has already proven its worth 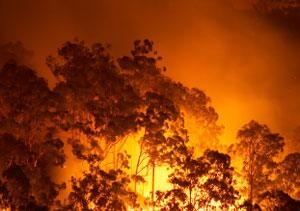 OPINION: The recent heatwaves and raging bushfires have been a stark reminder of Australia's particular vulnerability to extreme weather events. But amid the chaos and behind the tales of heroism and personal tragedy is a good news story - and it's about the value of science and scientific research.

There can be no doubt that our capacity to accurately predict weather extremes and track potential bushfires has saved lives and property.

That we now have access to remarkably sophisticated and accurate forecasts of impending heat waves and bushfire risk, and management plans in place to minimise their impact, is no accident. It's the result of decades of research and intensive data collection both here and overseas: because of course while weather is local, climate systems are regional and global.

Only continuous investment in serious, substantial research has enabled us to reach our current level of understanding of our dynamic and complex environment - and will enable us to respond and adapt to more extreme and frequent future climatic variations.

The capacity to forecast weather patterns has always been important, but in the early 20th century - when the Bureau of Meteorology (BOM) was struggling to transform itself, as a history of the organisation puts it, from the "a backwater of the public service" into a serious scientific organisation - no-one was to know how critical that capacity would prove to be.

Fortunately, there was an early recognition among some enlightened citizens and politicians of the importance of studying Australia's unique climate, long before we had much more to work with than the humble rain gauge, barometer, thermometer and our own observations.

BOM's forward-thinking staff won their struggle of the 1930s and began recruiting pioneering university-trained research scientists. Our national science agency, CSIRO, was also born at this time, out of a pressing need to find solutions to uniquely Australian problems and challenges.

Today, as we face the ever-more urgent threat of global warming, Australia's network of climate scientists is world class. Alongside BOM and CSIRO, many of our universities are active in ground-breaking research, ranging from the impact on the Great Barrier Reef as sea temperatures rise and the future geographic spread of diseases, to work on developing technological solutions for a warming world.

Australian researchers are well-represented among the 250 scientists meeting this month in Hobart to contribute to the next major report from the Intergovernmental Panel on Climate Change.

But advances in climate science were only made possible because of our willingness to collect vast quantities of data, and to invest in vital basic research in maths and physics, well before there was an appreciation of how vital and valuable this knowledge would prove to be. And this investment could only have been provided by government. There is simply not enough near-term, tangible gain to trigger private sector involvement.

Unfortunately our willingness to invest in research, especially when its application is not immediately apparent, is equivocal. Hence, when budgets come under pressure, research suffers, as happened recently in the termination of research infrastructure funding and the $150 million cut to research budgets in the mid-year economic review.

Perhaps governments will never give research funding high enough priority until there is a better public appreciation of the immense benefits our national research effort brings to our everyday lives, and a better understanding of the rigour and peer review processes that lie behind it.

The media has an important role to play here, particularly on the critical matter of climate change. For example, the recent spurious claim that the carbon produced by Australia's current bushfires are equivalent to decades of carbon emissions from coal-fired power stations might have gained currency if scientists had not had the opportunity to immediately and publicly contradict it with the evidence. In fact, the bushfires will account for only a tiny proportion of emissions.

All of the world's major national science academies have endorsed the view that human activity has played a dominant role in global warming. A recent review of almost 14,000 peer-reviewed scientific papers on the subject over the past two decades found that 99.8 per cent supported that position.

So the scientific consensus is overwhelming. And yet our climate change scientists find themselves burdened with the additional task of defending their work against unwarranted and ill-informed criticism, diverting them from the urgent task at hand - finding solutions to the immense challenges presented by a warming planet.

Professor Fred Hilmer is Vice-Chancellor of the University of New South Wales and Chair of the Group of Eight research intensive universities.

This opinion piece was first published by the ABC on The Drum.

What will a re-elected Coalition government mean for science and research funding?