As we head into the state election, voters should ask who has the cultural and creative vision that will be crucial to our economic prosperity. 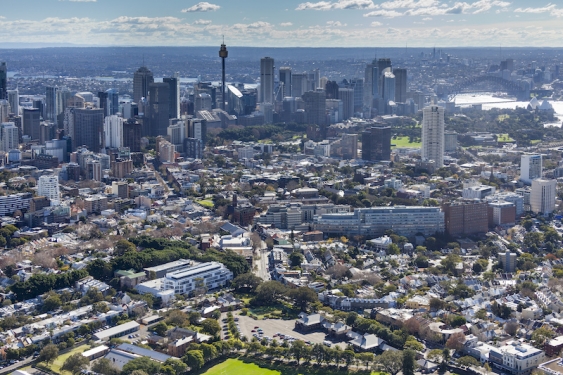 Voters may recall the political bravery and leadership it took to create the vision that led to the realisation of the Sydney Opera House.

The benefits of that visionary investment have delivered both economic and social dividends and helped put Sydney on the global map.

As the NSW election looms, it is this level of political fortitude needed to invest for the next generations as Australia continues to move away from the reliance on mining and resources to drive our prosperity.

Research shows that knowledge and creativity are expected to drive our future economic wellbeing, as well as our overall wellbeing. The World Economic Forum and other studiesi identify creativity as one of the top 3 essential skills for the jobs of the future.

Overseas predictive data on work shows creative jobs are likely to see a growth rate of 87% by 2030, contrasted with a sharp decline across more traditional industriesii.

The Australian Bureau of Statistics has calculated that cultural and creative activity contributes 6.9% to Australia’s gross domestic productiii. Another recent report found that cultural activity brings in $16.4 billion a year in revenue, delivering a return of $1.88 for every dollar spent in NSWiv.

At present, Australia is the world’s 13th largest economy. But within just 11 years, we are expected to drop out of the G20 to 29th position (swapping with Bangladeshv). So, creativity is no longer an optional extra.

If we look to our north, Hong Kong and Singapore have embarked on massive cultural infrastructure investment. They have transformed their reputation from one-dimensional financial hubs to well-rounded culturally aware cities, for both economic and social benefit.

To our east in New Zealand, Prime Minister Jacinda Ardernvi has taken a lead as Arts Minister and she and her government are now embedding cultural wellbeing benefits in her government’s investments and services decisions, in addition to economic, environmental and social benefits.

She is leading a creativity revolution and says her country’s new Living Standards Framework policy will be used “in all our decision making” and is behind what she is calling the world’s first Wellbeing Budget which her government will unveil later this year after recently releasing a Wellbeing Outlook within its Budget Policy Statement.

This high-level coordination also involves a legislative Bill before its Parliament House that will see the four ‘wellbeings’ inserted into to the Local Government Act to ensure councils deliver social, economic, environmental and cultural outcomes from local investments and services.

The NSW Cultural Infrastructure Plan 2025+ released in early February 2019 sets out a framework, but we need greater investment to realise this and far greater coordination and leadership. Currently only 1% of the total infrastructure across NSW is for cultural infrastructure.

Australia has a rich cultural ecosystem that can be leveraged to both grow its creative industries and deploy creativity in non-arts industries. We need to drive innovation and new thinking that may just lead to the next ‘unicorn’.

But how should NSW do this? We need to invest more strategically and in quantum. And we need to do this through a new, visionary structure that builds on good recent progress to bring together industry, government and its agencies under high-level leadership so specific goals and targets can be set.

But we need the political will and leadership to deliver it. This would overcome the current policy and infrastructure challenges, as well as the political bickering over where and how much to allocate funding.

In the lead up to the NSW election, there are some laudable policy documents and commitments from both major political parties, as well as a highly engaged Minister and shadow minister for the Arts, but leadership for creativity needs to come from the top.

We need the Premier and Leader of the Opposition to embrace this whole-of-government approach to put creativity at the heart of strategy, and to work in a structured way with groups like Sydney Culture Network, NSW Greater Sydney Commission and other arms of government for long-term vision and planning.

According to Infrastructure NSW’s Chairman, in his foreword of the new NSW Culture Infrastructure Strategyvii, the “evidence is plain … NSW has fallen behind” many cities around the world.

The Opera House would not be here without visionary leadership and planning.

Professor Ross Harley is Dean of the UNSW Faculty of Art & Design, UNSW Chair of Arts and Culture, and Chair of the Sydney Culture Network.

Why the MFA is the new MBA