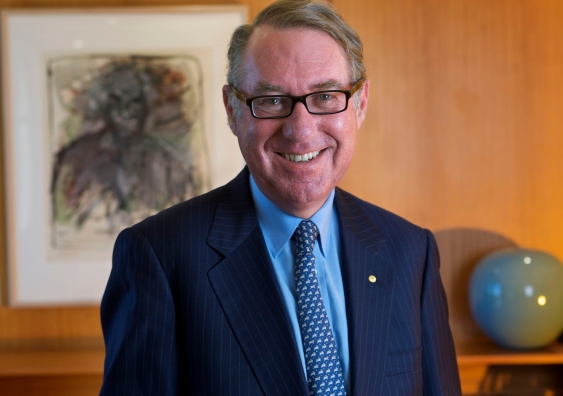 The UNSW Council, by unanimous decision, has reappointed Mr David Gonski AC as Chancellor of UNSW Sydney for another four-year term.

As one of Australia's most prominent business leaders and philanthropists, Mr Gonski has been a formidable advocate for education, the University and its mission. Since first being elected Chancellor in 2005, he has been instrumental in planning and governance and has contributed enormously to UNSW’s strategic objectives.

Mr Gonski has had a long association with UNSW. He is the first UNSW alumnus (BCom, LLB) to hold the position of Chancellor. He is also Chairman of the UNSW Foundation and his role has been critical in building the University’s philanthropic culture and support.

Mr Gonski combines his role as Chancellor with a number of other important roles in business and the community. He is Chairman of the Australia and New Zealand Banking Group and President of the Art Gallery of NSW Trust. He is a member of the Sydney Airport Corporation board, the board of the Lowy Institute for International Policy, a Patron of the Australian Indigenous Education Foundation and Raise Foundation, and a Founding Panel Member of Adara Partners. He chaired the Australian Government’s Review of Funding for Schooling producing the important and influential ‘Gonski Report’.

President and Vice-Chancellor Professor Ian Jacobs said it is a privilege to have Mr Gonski as Chancellor.

“We are fortunate that although the role of Chancellor at UNSW is an honorary position without remuneration, David gives it the highest of priorities,” said Professor Jacobs. “He is always available to discuss university matters, oversees our Council in an exemplary manner and gives enormous amounts of time to ceremonial aspects of university life - I estimate that he has personally awarded graduation certificates to over 70,000 students.

“It has been a privilege to have David as our Chancellor for the past 14 years and I am delighted that the University can continue to benefit from his wisdom, leadership and generosity during a further term in the role.”