UNSW’s strong ties with the international community were the focus of an inaugural luncheon for diplomats from across Asia, Europe and the Americas. 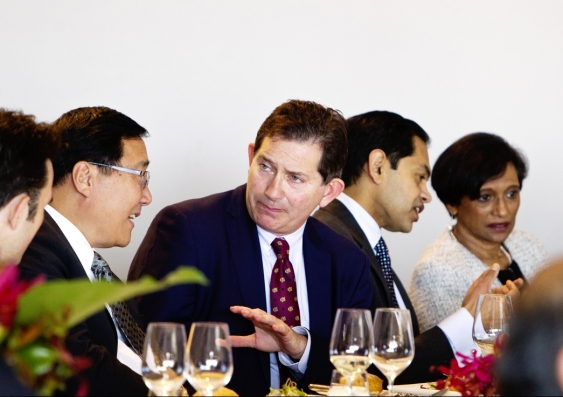 UNSW Australia has hosted 25 high-level diplomatic staff from countries across Asia, Europe and the Americas to discuss ongoing partnerships ahead of the release of the University’s new ten-year strategic plan.

President and Vice-Chancellor Professor Ian Jacobs welcomed members of the NSW Consular Corps, the Canberra Diplomatic Corps and the Department of Foreign Affairs and Trade, for the University’s inaugural diplomatic luncheon.

Professor Jacobs said working with local diplomatic missions had helped the University connect with international partners, and was vital to helping the UNSW’s international students “feel safe and happy” during their studies.

Professor Jacobs also outlined some of the details of his new 10-year strategic plan for the University and said “to achieve what we want to achieve in the future, we want to continue to work in partnership with the diplomatic community.” 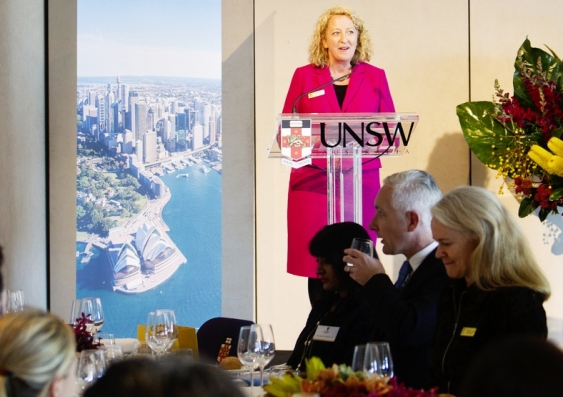 More than half of UNSW’s academic staff hails from overseas, and roughly a quarter of the University’s 53,000 students are international, coming from 128 different countries, with 10% sponsored by their home governments.

The University is also hoping to take on a larger role in the New Colombo Plan, an initiative of the Federal Government that aims to increase Australia’s cultural understanding and connection with the Indo-Pacific region.

UNSW undergraduate students have been among the most successful in the country, winning scholarships to study and undertake one-year internships in the region.