Opinion Family matters: why people can hold political views that disadvantage their own sex

According to this theory, our social and political views can be impacted not only by the sex of our children, but also whether we have more male or female relatives. 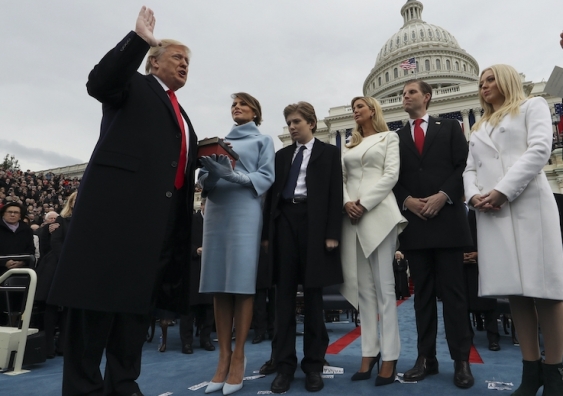 The views of women and men can differ on important gendered issues such as abortion, gender equity and government spending priorities. Surprisingly, however, average differences in sex on this front are usually small. Many women adopt social and political positions that favour men and many men favour women-friendly positions.

A mere three days after his 2016 inauguration, US President Donald Trump reinstated the Mexico City policy, also called the “global gag rule” — which Joe Biden is expected to rescind soon after being inaugurated this week.

It wasn’t just Trump’s haste to reinstate the rule that galled pro-choice Americans. It was also the supporting cast of men Trump lined up for the photo-op. 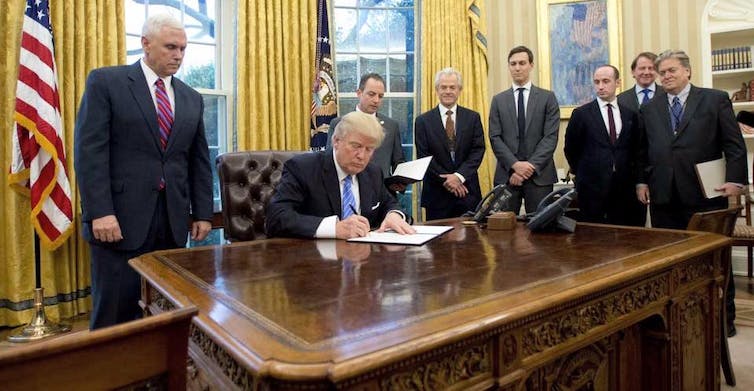 Access to abortion is seen as a women’s issue as it impinges on women’s bodily autonomy and reproductive rights. Had Trump not been appealing to male voters, he could have gathered several prominent anti-choice women to stand behind him instead.

But despite expectations and rhetoric, support for abortion is far more complicated than a simple tussle between the interests of women and men.

Think of the children

“Pro-choice” policies give women options to control their own reproduction and, therefore, an important part of their lives. It would seem rational then for women to support these policies more than men.

Other policies relating to gender equity, sexual harassment, health-care spending and education also impact women and men differently. And while both genders’ views on these topics differ, the difference is quite small on average – in the order of 5%.

Variation of social and political views within a sex group is actually far greater. While this is commonly thought to be due to differences in experience, we wanted to know whether the composition of a person’s family might change their views.

Our line of inquiry was inspired by a range of studies that have shown a child’s gender can change their parents’ views.

On the other hand, male CEOs of Danish firms who fathered a son, rather than a daughter, paid their employees less generously and paid themselves more generously.

Sometimes the effects become visible even before offspring have had much chance to experience the world.

In one study, the birth of a son caused parents’ voting intentions to swerve immediately to the right, while a daughter prompted a swerve to the left. In another, the effects kicked in as soon as the parents learned their child’s sex at a prenatal ultrasound.

How your family’s composition can impact you

Research published in 1992 found people’s attitudes towards abortion varied depending on how many of their female relatives were in the age group considered “at risk” of unwanted pregnancy.

This study inspired us to consider whether gendered issues might depend not only on an individual’s own sex, but also the sex composition of their family. Humans, like other animals, are more invested in their close genetic relatives.

We propose a new metric called “gendered fitness interests”. This not only looks at how many genetic relatives of each sex a person has, but also how closely related they are and how many potential reproductive years remain for them.

People with many close, younger female relatives (such as daughters and sisters) have a pro-female bias, while those with plenty of young brothers, sons or grandsons have a bias that favours males. 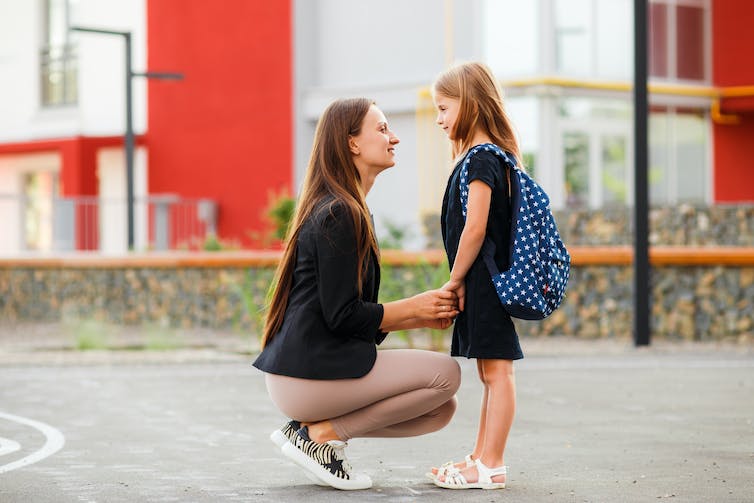 For parents, few things are as important as the wellbeing of their children. So it’s reasonable a child’s gender may impact how their parents feel about certain gendered issues. Shutterstock

For her PhD studies at the University of New South Wales, Maleke Fourati gathered data on attitudes towards Islamic veiling practices in Tunisia — specifically on mandatory veiling — which provided an early test of our idea of gendered fitness interests.

As predicted, men were more likely than women to support mandatory veiling. But women with more sons were more likely to wear veils themselves and to think other women should too. These mothers, we argue, take this position as it serves their sons over their daughters-in-law.

In our model, sex differences in social and political attitudes are likely to be greatest in young adulthood, when a person’s own gender impacts them greatly. However, as an individual’s potential to have children diminishes, their current children and other relatives start to have a greater influence. Since most people have a balance of male and female relatives, this means a shift towards the centre.

The web of conflicting interests that give shape to our social and political attitudes is never easy to trace and there are always multiple factors at play.

Perhaps the most interesting implication of our proposal is it undermines the idea that the interests of women and men sit at odds with one another. Some individuals’ values will align more with the opposite sex than with their own, weakening the importance of gender as a distinct part of social and political identity.

Read more: Expanding the definition of family to reflect our realities