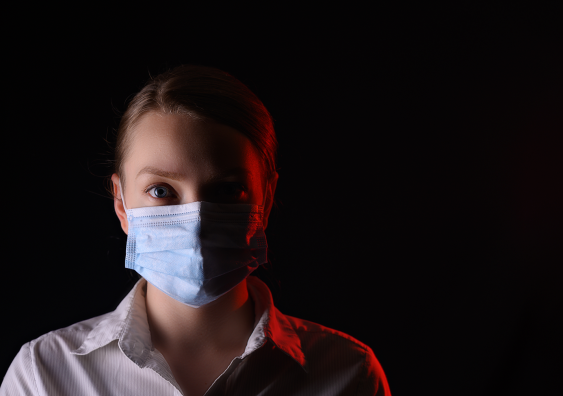 There are fears a Coronavirus pandemic could lead to human rights abuses.

UNSW Professor Anthony Zwi says Australia needs to think seriously about how the nation responds now that the Coronavirus pandemic has officially been declared.

Under the Biosecurity Act (2015), individuals who pose an infectious diseases risk to the community can be forcibly detained or isolated.

The global policy and health expert was interviewed after disturbing images surfaced on social media of people in China being dragged screaming into vans and of homes being welded shut.

He says many of China’s responses in trying to contain the virus have been praised by the World Health Organisation but adds that there have also been “some worrying and horrific scenes.”

He says that while the social media images and videos are difficult to verify, there is also evidence of efforts taken in China against health workers and journalists who sought to warn the community and authorities of the impending epidemic.

“Efforts to silence health workers and other citizens documenting inadequacies or heavy-handed state responses are very troubling,” he says.

UNSW's global policy and health expert Professor Zwi says people need to be vigilant about basic sanitation and hygiene during this time of the Coronavirus.

Prof. Zwi says all countries, including Australia, should refer to the UN Siracusa Principles (1981) which weigh-up individual rights against efforts to contain a public emergency or major threat such as a pandemic.

He says the Principles state that the measures applied have to be strictly necessary.

“So, in some cases, while it may be important to separate people from the general community or limit movement into or out of certain areas, this needs to be undertaken through the least intrusive or restrictive means available,” Prof. Zwi says.

“The Siracusa Principles reinforce that public health measures should not be arbitrary, discriminatory and should be subject to review. At key points we will need to take a step back and question how our societies and systems are managing this crisis.”

He says we need to ask if the response is proportionate; are we keeping the ethical principles that should frame our actions front-of-mind; are our systems and responses humane?

He says if people have to be quarantined in their homes, then they should be monitored, supported, provided with health care and given access to services if they become more ill.

Even though the government’s Coronavirus response plan includes key aspects of the Siracusa guidelines, Prof. Zwi says it is important to reinforce on the ground that officials do not take an authoritarian or “top-down” approach.

“The human rights abuses that can occur in such situations can be extreme and unacceptable,” he says.

He urges people “not to panic” but to listen to “trusted public health officials” and to follow their advice.

Professor Zwi is confident Australia is well-equipped to respond to COVID-19.

“But as COVID-19 continues to spread globally,” Professor Zwi says, “the pressures on front-line staff, the health system, communities, and budgets will increase.”

“And we need to continuously examine and respond to communities and groups most at risk – older people, those with chronic conditions or in long term care facilities – but also front-line workers, migrant and Indigenous communities.”

Professor Zwi is concerned that many vulnerable groups may not only be susceptible to the viral infection itself, but also to the knock-on impacts of economic decline, xenophobia and racism, which in some cases may reflect “historical distrust of authorities.”

“All communities and sectors – such as health, education, business, trade unions, and Indigenous people – across Australia, need to be involved in how responses are shaped to ensure that they are consultative, ethical, and act in solidarity with those affected,” he says.

He argues for the need to “maintain or develop effective channels of communication and to treat all with dignity.”