When Dean Towers was de-listed by the Sydney Swans, he wasn’t sure where his career was headed. An opportunity at UNSW has put him on the right path. 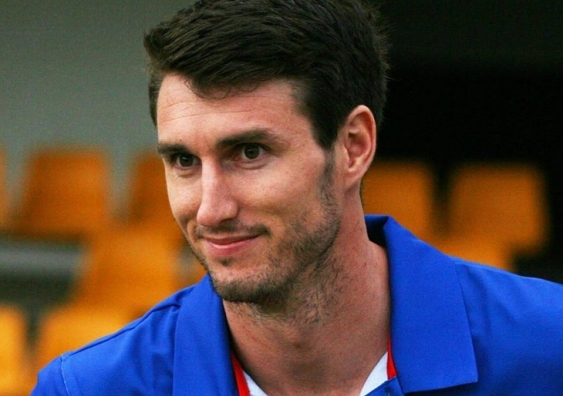 From the AFL to the Sydney club competition and student life – the last few months have been quite a ride for former Sydney Swans player Dean Towers.

After being de-listed by the Swans in October last year, Towers decided to reassess his career goals and focus on study. However, at 28 he still felt he had a lot to offer in football.

Through the Elite Athlete Program at UNSW, he came across the perfect opportunity – studying Exercise Physiology, while taking on the role of player-coach at UNSW-ES Bulldogs.

“I talked to a lot of the various unis here and eventually settled on Exercise Physiology as a career pathway,” he said.

“Talking to some exercise physiologists who I knew, they said UNSW’s course is highly recognised and they haven’t heard a bad thing about it.

“UNSW was also good at communicating with me, and helping facilitate transferring my credits from previous studies and were just very welcoming.

“They made the process very easy on me.”

Towers is excited about his decision and feels that he has made the perfect choice for himself. 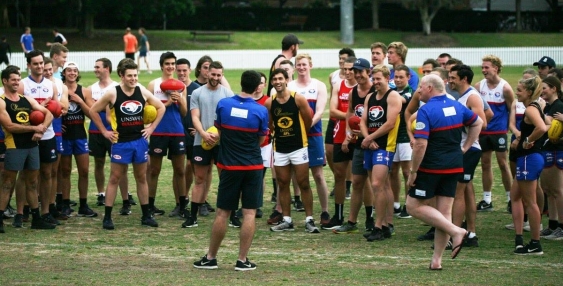 “It took me a while to realise after football that I wanted to work with different people – not the same people every day,” he said.

“I wanted to vary throughout the year and I also wanted to make a difference in people’s lives – and you can do all of that with Exercise Physiology.

“The field’s just growing, so there’s different types of jobs popping up for exercise physiologists everywhere, which really appeals to me – I like the idea of not getting stuck in the same routine for a whole year.”

Towers is quick to emphasise that he is not planning to make sweeping changes at the AFL club, which has had plenty of success in recent years with four premierships across the grades in 2018 and a swathe of players drafted to AFL and AFLW clubs (http://www.afl.com.au/news/2018-11-27/sydneys-littleknown-footy-factory-produces-yet-again).

Instead he wants to integrate his knowledge and the elite coaching he has received throughout his career into the already excellent structure and culture of the club.

“I feel like I’m a pretty approachable person, so if anyone wants to talk to me about my journey, or they have any questions about the pathways and how to stand out and get better, then I’m an open book and they can come and speak to me,” he said.

Towers certainly has a lot to offer student-athletes, off the field as well as on. Having balanced study with a professional sporting career in the past, he is well positioned to give advice to those embarking on that journey.

“It is really tough to balance sport and study,” he said. 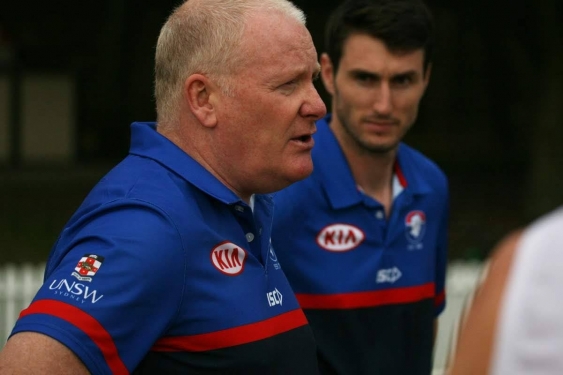 “To make it as an elite athlete, sport has to be a main priority for you, and even then it might not work out, so you also have to do well at uni.

“So it’s just really being good at time management, you have to be right on to it – when the clock hits that hour, you have to be able to switch off from uni and fully switch on to sport.

“But as soon as that clock switches over again, you have to be able to change your mindset and get straight back into being a uni student and doing what’s right by you in that sense.”

With the club setting its sights on defending all four of its premierships, and maybe even picking up a few more, Towers’ experience and leadership will be vital as they embark on the 2019 season.

And while he is looking forward to his mentoring role with up-and-coming footballers, Towers will also cherish the opportunity to be on the other side of that relationship next month as he sets off down the path of life after AFL at the UNSW School of Medicine.