Flag and language unite at UNSW for NAIDOC Week

Indigenous languages, like the Aboriginal flag, unite communities and are reminders of resistance, resilience and advocacy for Indigenous people, a gathering to celebrate NAIDOC Week has been told. 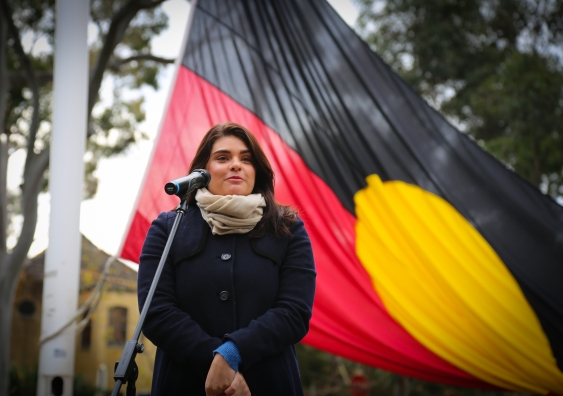 Indigenous languages, like the Aboriginal flag, unite communities and are reminders of resistance, resilience and advocacy for Indigenous people, a gathering to celebrate NAIDOC Week has been told.

Around 100 people gathered at UNSW’s Kensington Campus today for a flag-raising ceremony to mark the start of the annual Week and its theme for this year, “Our Languages Matter”.

Scientia PhD Scholar and Wiradjuri woman Jessica Russ-Smith told the crowd that “language is our identity... Through language we find our stories and our resilience and our healing,” she said.

Russ-Smith, who is doing her PhD on the decolonisation of Indigenous identity, said she had started learning the Wiradjuri language only six months ago, “but there are no English words to describe the intense emotional impact it has had on unlocking my Wiradjuri self and my identity”.

A descendant of the Stolen Generations, Russ-Smith said she felt connected to her forebears by more than just her DNA. “Like our flag, language unites us. And the two act as symbols or reminders, not just of unity, but also of resistance, fight, resilience and advocacy for our people,” she said. 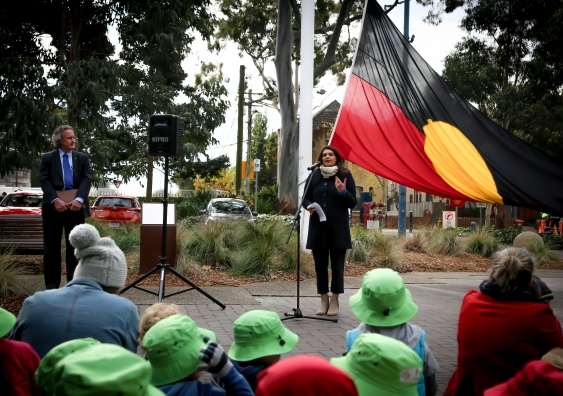 Russ-Smith urged people to investigate the Indigenous languages that were spoken in pre-colonial times. “There are many of them, many that have been restored and many that are still being restored.” In the process, it was important to also listen with ’yindyamarra’, or respect, to understand the deeper meanings, she said.

“To me, raising the flag is an incredibly symbolic gesture to really demonstrate the commitment of UNSW to NAIDOC, Aboriginal and Torres Strait Islanders and to Indigenous communities in general.”

Professor Field said UNSW had put a high priority on increasing the number of Indigenous students and improving their experiences while at University. He noted NAIDOC Week coincided with the University’s Winter School program, one of the largest Indigenous university preparation programs, targeted at students in years 10, 11 and 12.

“These are really important steps for us to try to redress the imbalance between Indigenous and non-Indigenous students and staff at the University,” Professor Field said.

He said underpinning these efforts were the University’s strong ties with the Bedegal elders on whose traditional country the University stood. UNSW had also created links with the Tharawal community in South West Sydney and the Dharriwaa community in Walgett in north-west NSW. 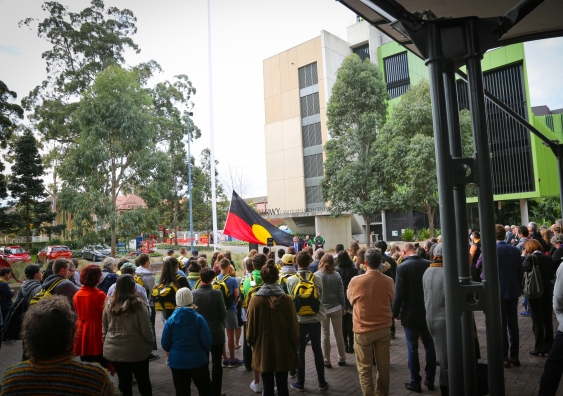