A senior United Nations official has told a UNSW audience it is “inexcusable” that so much food is wasted in the world “when millions do not have enough to eat”. 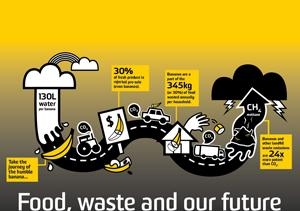 A senior United Nations official has told a UNSW audience it is “inexcusable” that so much food is wasted in the world “when millions do not have enough to eat”.

The United Nations Environment Program’s Executive Director Achim Steiner made a video address at the University for World Environment Day.

Around 200 guests attended the event at the Ritchie Theatre in the Scientia Building, with many using social media to air their views.

Moderated by the ABC’s Matt Peacock and hosted by UNSW Sustainability and the Institute of Environmental Studies, the mood at the event was occasionally combative.

Liberal Member of the NSW Legislative Council Peter Phelps suggested “the market fixes every problem, if it is allowed to work properly”. In relation to food shortages in the developing world, he called for “NGOs to get out of the way” to allow the free market to develop.

Greens Member of the NSW Legislative Council Cate Faehrmann took the opposite view, arguing that the market is driven purely by profit and it is dangerous to let this be dominated by a few big businesses.

OzHarvest’s Ronnie Khan called for consumers to buy seasonal, locally-produced fruit and vegetables. She also said buying the occasional “wiggly carrot” and other blemished produce would send the right message to supermarkets.

UNSW Sustainability Director and event organiser, Aaron Magner, told the audience "the food waste battle must be waged in every city, community, company and home kitchen".

The Institute of Environmental Studies provides interdisciplinary research and teaching in environmental management and policy with a purpose to contribute to the sustainable future of Australia.