Dani Cooper reports on a program backed by UNSW and the NSW Department of Education that places student teachers in rural and remote schools. 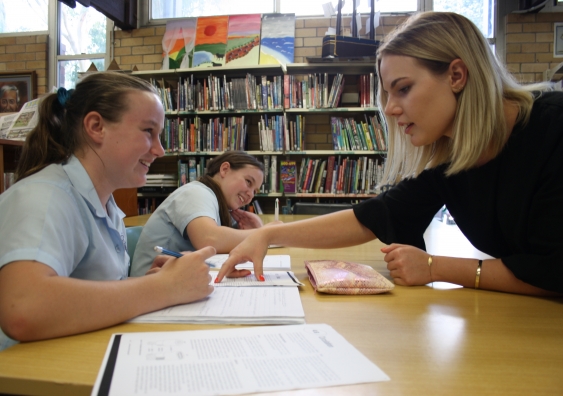 When UNSW Sydney student teacher Danielle Barisa drove for seven hours over the Blue Mountains and out beyond the Bathurst Plains to Coonabarabran in 2016, it was the first time she had really ventured west.

Besides a childhood visit to a Mudgee farmstay that she barely remembered, her life had been spent on the Central Coast north of Sydney. The interior of NSW was a mystery to the then 23-year-old.

Barisa admits to a sense of trepidation taking up the offer to do the final practicum of her Education (Master's) at Coonabarabran High School.

“Everyone was kind of warning me against it, but I tried not to think about it ... I treated it as a new opportunity and just went for it.”

Her displacement from life in Sydney’s Dulwich Hill was symbolised by her arrival in the town of 3000 people.

“Everyone in Coonabarabran certainly knew when I arrived. I was this blonde thing with a hot pink car.  I must have looked like such an idiot – I definitely made a statement, that’s for sure.”

A year later Barisa now calls Coonabarabran home, has found love with a local farmer and secured a year-long position as a teacher at the local high school.

Barisa’s story represents a case of “mission accomplished” for the Head of the School of Education at UNSW, Professor Chris Davison, the NSW Department of Education’s Executive Director Learning and Business Systems, Cheryl Best, and her colleague Diane Wasson. The three educators are behind a partnership that aims to address difficulties in attracting teachers to work in regional, rural and remote NSW. Despite scholarship programs and incentive packages, there are still more than 200 teacher vacancies in 150 rural and remote NSW public schools. 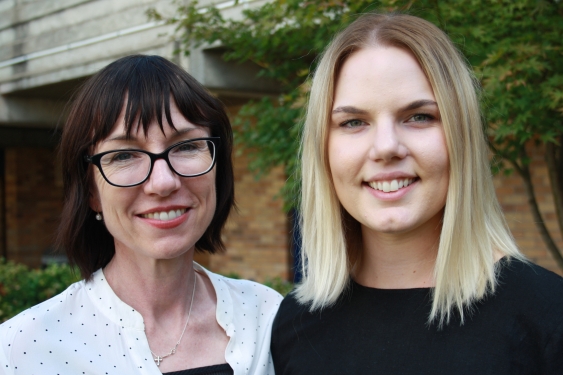 In early 2016, Wasson and her colleagues began thinking about how they could use student teacher placements to foster interest in working in rural and remote schools.

“Under the Professional Experience Agreements with NSW initial teacher education providers, the Department has about 1850 schools taking teacher education placements from various [tertiary institutions] but we wanted to undertake a special process to get teacher education students from metropolitan universities out into rural and regional area,” Wasson says.

When she began raising the idea of rural and remote placements with education heads at Sydney’s universities, it was UNSW’s Davison who quickly saw the potential. In collaboration with regional education department executives, Coonabarabran High was selected as the pilot school.

Under the scheme student teachers are placed at the school for nine weeks at the end of the final school term. For the first five weeks they are closely supervised but once they meet the required standard they are able to spend the last four weeks managing a classroom on their own with intermittent support and guidance.

Davison says this is a key to the program’s success. “It provides our students with a bridging experience before they are on their own ... and they can be a bit more innovative because it is the end of the year and most of the syllabus has been ticked off.”

Wasson agrees and says the length of the placement allows the student teachers to really experience what a teaching career would be like.

Conversely, the schools get a first look at new graduates “and if they like what they see they can offer them a placement” – which is what happened for UNSW graduate Barisa.

Coonabarabran High School deputy principal Mary Doolan, who mentored Barisa during her placement, sees the program as the gift that keeps on giving. Not only does it give the intern a sense of what it is like to live in a rural community, she believes staff and students benefit from having some “young blood” in the classroom.

“The [student teachers] are enthusiastic and right on top of pedagogy and are ready to try new approaches to teaching and learning, so it re-energises staff in their own pedagogy,” Doolan says.

Everyone was kind of warning me against it, but I tried not to think about it ... I treated it as a new opportunity and just went for it.

Davison is not surprised by that view: “It’s the whole reciprocal teaching process that is energising – it’s triggered by experienced teachers being challenged and questioned to explain why they are doing what they are doing.  I think it has a particular impact in the country because country teachers don’t always get the same professional learning opportunities as city teachers … this is in-your-face-24-hours thinking about and talking about a whole range of different aspects of your practice, deeply contextualised and exemplified by the students that are in your class at that time with someone who is like a critical friend.”

The program is now in its second year and has expanded into other schools. Davison’s commitment extends to being UNSW’s supervising academic for the rural and remote schools where students are placed.

“I feel we have a particular responsibility to ensure those placements work to their very best and everybody achieves what they want to achieve from them.”

The secondary placement scheme is gaining momentum. From the 2016 intake of just three interns in one school, in 2017 nine students were placed in four rural and remote schools – Coonabarabran, Lightning Ridge, Wade and Griffith high schools.

Joanna Tan, who like Barisa had never been west, was among the interns in 2017 who took up the offer to experience a teaching career outside Sydney.

“I wasn’t sure what it would be like and it was a good opportunity for me to see. It wasn’t what I was expecting. The challenges are different and it has forced me to grow a lot and evaluate the way I teach,” she says.

Fellow 2017 intern Russell Willoughby has been teaching science and senior biology at Wade High School in Griffith. Willoughby also saw the rural placement as an opportunity to gain experiences he wouldn’t get in a metropolitan school.

“I was still trying to discover what my teaching philosophy was and I thought that a rural placement would help me determine what sort of school I would like to work in, as my first practicum was at an independent school on the north shore of Sydney,” he says.

Willoughby found it challenging to be separated from friends and family but he found it easy to immerse himself in the community.

“I quickly created new friendships in Griffith and found the school and the community, as a whole, to be very supportive and welcoming. I loved the culture of the town; it was very relaxing and a beautiful part of the world. I always had something new, fun or exciting to do on the weekends.” 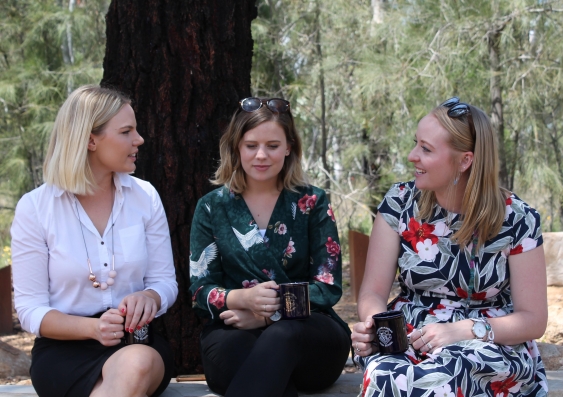 As those who went before have found, the experience is life-altering. Tan was offered a contract position at Coonabarabran for 2018 as part of a new middle-school program and Willoughby is rethinking his career ambitions.

“I would say it has changed my perspective. Originally I was participating in the rural program for my own gain and I wasn’t planning to work in such a location.

“But it’s a great place to live, the people are great and the students really rely on school as a social, mental and emotional support,” Willoughby says. “As teachers we have a big responsibility and impact on these students. Now, I would love to work in a similar location.”