UNSW's President and Vice-Chancellor Ian Jacobs argues the government’s plans for the university sector are not in the long-term interests of Australia or its economy. 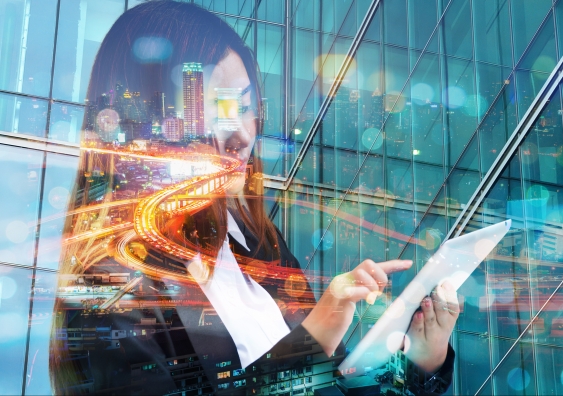 Australia can be a global leader in the 21st century knowledge economy. Photo: Shutterstock

OPINION: After years of economic growth, Australia is struggling to improve quality of life within tight fiscal constraints. But it still has two advantages over many other countries: vast natural resources and globally competitive research in its universities. The first is fortuitous and is being exploited as effectively as global commodity markets allow. The second, built on foresight and investment over decades, offers enormous potential for economic diversification and growth, but it’s in danger of being destroyed by short sighted budget cuts and visa restrictions.

Australia can be a global leader in the 21st century knowledge economy. We have an outstanding higher education foundation to secure this goal, but delivering its full economic benefit requires astute investment by government. The latest attacks on universities indicate a shift in the wrong direction, with negative consequences for the economy. Moving deeper into this complex century, we need to ensure Australia does not become smaller in its outlook.

To prosper, countries with relatively small populations need to focus heavily on the attributes of their people. The economic success and future stability of a nation, such as Denmark, for example, with 5.6 million people and a land mass 180 times smaller than Australia’s, is built on three core elements: education, innovation and a global outlook. Children’s toys (Lego) and container shipping (Maersk) may seem an odd mix, but add insulin (Novo Nordisk) and wind power (Vestas) and the picture becomes clear: small countries need big ideas to get ahead and to sustain high living standards.

Thriving universities sit at the hub of a progressive, outward-looking nation.

At the heart of economic success and stability is higher education; both teaching and research. After vacillating for more than a year, the government has unveiled its latest plans for the university sector. While dropping an earlier proposal for a 20 per cent cut in funding, education minister Simon Birmingham has opted for higher student fees, lower HECS payback thresholds and an efficiency dividend that will eat into university resources. The government says the aim is fairness, sustainability and the promotion of excellence.

Neither students nor universities agree.

These policies continue to treat higher education as an expenditure problem rather than a sound investment, lending heat to negative media commentary that universities are a drain on the economy rather than a booster. While the increase in allowances for disadvantaged students via HEPP is welcome, this and attacks on university efficiency are a smokescreen to cover a damaging cut in public investment in our universities and students.

The reality is that the higher education sector is increasingly efficient, and highly competitive both between universities in Australia and with others globally. Our students have wide choices, including six universities in the world top 100 and a range of other options from Australia’s 40 universities. Competition between universities has never been greater. Online learning and interactive courses, digital classrooms, combined degrees and work-ready programs are all part of an increasingly flexible mix on offer.

In fields as diverse as photovoltaics, computing, health and space exploration, our research standards are world class, generating outputs with global potential for licensing and exports. A Deloitte analysis commissioned by UNSW estimated that university research drives 10 per cent of Australian GDP, an estimated $160 billion per annum; and that if real per capita spending on total university research was increased at the rate as it was from 2009-13, GDP would increase by $47-84 billion in present value terms.

In contrast, if real per capita spending on total university research is halved for the next 35 years, GDP will be an estimated $23-42 billion lower.

Short termism is dangerous in this context. In the medium-to-longterm, the downside to cutting university funding is as damaging as the upside from investment is positive. Any reduction in university funding will impact on the critical research-to-application pipeline and the future economic benefit this brings.

The university contribution to the national economy is even greater when international education is added to research. Birmingham values annual exports from this source at $22 billion per annum, making it Australia’s third largest export. Instead of applying forward looking investment policies to this growing market, the government seems intent on punishing success.

These days our eyes are often on China, and wisely so. According to the OECD, our biggest export customer is building the equivalent of almost one university per week. The number of 25-34-year-old graduates in China is expected to rise by 300 per cent by 2030, compared to 30 per cent in Europe and the USA. India is also expanding its university system at an incredible pace. Both countries are betting their economic future on technology (and the new jobs that come with it), with literally millions of students enrolled in mathematics, sciences, computing and engineering.

Education and the major institutions providing it are generational assets, embedded deeply in the social, cultural, and economic machinery of the nation. Australia’s universities are an integral part of the national infrastructure. To hear them being attacked for modernising their facilities, constructing new buildings and employing the most talented people on market-based salaries is to hear regressive echoes of a dim past.

Thriving universities sit at the hub of a progressive, outward-looking nation. The best are servants of their society, tackling the hard issues and generating new ideas and new ways of doing things, while creating new industries and new jobs. They are at the core of innovation, without which no modern country, of whatever size, can move forward economically and independently.

Professor Ian Jacobs is President and Vice-Chancellor of UNSW Sydney.

This opinion piece was first posted in Campus Review.