Opinion Hard to believe, but we belong here: a reflection on impostor syndrome

Do you feel you’re just winging it, waiting for the day when your incompetence is exposed? You're far from alone. 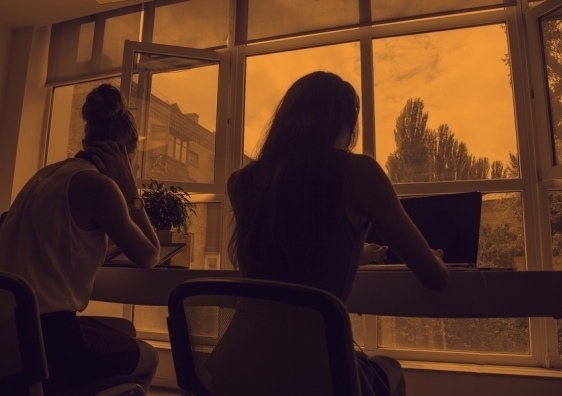 History does not celebrate average people: those who are more talented than half their peers and worse than the other half. That is as true in science and academia as it is in other walks of life. Success is public but failures are private. The only failures one ever sees properly are one’s own.

In some disciplines, academic metrics are now ever-present. While this can provide confidence to those accumulating indisputable lists of achievement, no one is ever top of every table, every time, so the pressure to improve never goes away. In disciplines where metrics are less well developed, feeling respected or feeling excluded can derive from the smallest comments or perceptions, and a fragile equilibrium can easily be broken. Staff can be crushed by one negative appraisal, the failure to secure a grant or a single waywardly savage review of their life’s work.

So it is not surprising that many worthy academics lack confidence, feel insecure and may even see themselves as impostors who have somehow found their way into the inner sanctum but are not worthy of their place and are forever unsure about which way to pass the port. Every move seems to be monitored and judged, and it feels like only a matter of time before they will be weighed and found wanting.

But even the most self-confident, convinced that their prowess bears comparison to any of the historical greats of their discipline, have reason for insecurity – and that includes those in senior positions. As newcomers rise up among the ever-growing throngs of graduates and are appointed on the basis of their universal indices such as citations or grant dollars, it is natural to fear that, justifiably or otherwise, you might soon be deemed not to measure up.

It is very easy to feel that it is no longer sufficient to be a valued member of a local community – someone who is loved and who makes a vital contribution to others’ success and well-being. Small things such as being kind to students or doing extra work to help colleagues can’t be recorded in international databases, so it is natural to conclude that they no longer count.

Actually, though, I don’t think that is an accurate perception. Your values, your conduct and your approach are probably more appreciated than you think. Moreover, academia continues to grow and needs ever more people with talent. By the same token, it is a very old and well-optimised machine – those who have been appointed will have been appointed for a reason, and if they can keep on doing what they have shown they are capable of, the future for even the most psychologically insecure academics often remains bright.

Still, the relentless focus on global excellence is undeniably a strain. It is as if winning the school athletics festival now means nothing, and every young athlete is deemed worthless unless they are breaking world records for their age group. It’s an impossibility, of course: there are only three steps on the Olympic podium. But we’re all encouraged to aim that high. And it makes impostors of us all.

This article was originally published on the Times Higher Education website. Read the original article.

How relevant are Australian universities to construction innovation?

Too many school students are over-confident

When prize-fighters become our reluctant heroes