As the government prepares to dish out the $250 million arts funding package, UNSW’s Sonya Lifschitz wants to ensure smaller companies aren’t left behind 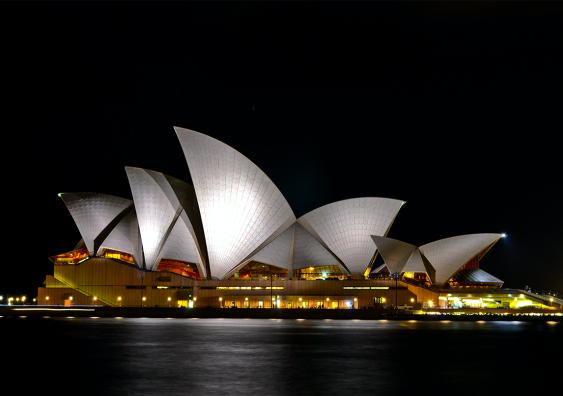 UNSW's Professor Lifschitz says we must ensure that independent organisations and artists are not be left out of the government's $250 million arts funding package. Image: Shutterstock

UNSW Sydney's Sonya Lifschitz says it’s problematic if the majority of the proposed arts funding goes to established companies rather than to smaller independent organisations.

“Big symphony orchestras, opera houses and the ballet are absolutely key to culture in our society,” says Professor Lifschitz, an internationally acclaimed pianist and lecturer at UNSW Arts & Social Sciences.

“But there are also many smaller companies that are producing innovative cutting-edge work who represent the diversity of Australian art and contemporary culture," she says. 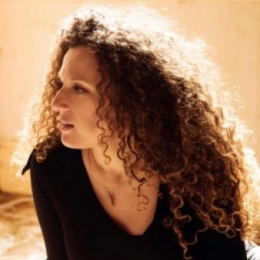 The $250 million rescue package announced by the Morrison government includes $90 million in concessional loans and is expected to prop up many of the 600,000 reported people who work in the arts, entertainment and screen industries.

But for those who are given a loan, Prof. Lifschitz says there’s uncertainty about whether producers and companies can turn a profit and pay that money back, not to mention the time, effort and investment involved in mounting a show, during the pandemic.

“For example, performances for the remainder of 2020 have been cancelled and project proposals rejected simply because venues cannot afford to pay artists’ fees when they have a seating capacity of 150 but are only allowed to sell 50 tickets,” she says.

“And it’s mainly because the presenters just cannot commit to putting on shows when they will inevitably run at a loss.”

So it is vital that a portion of the grant is allocated to smaller venues that host independent entertainers, she says.

“The availability of smaller grants for independent artists will also enable them to adapt to digital online platforms and to continue working on projects instead of abandoning them.”

The Australia Council for the Arts redirected about $5 million into a Resilience Fund for artists earlier this year, which Prof. Lifschitz says was “fantastic” because it "helped assist people with recontextualising their work for digital formats and for buying equipment so they could set up situations such as online streaming to do concerts from home or from venues without audiences".

“So, it would be good if some of the latest funding could also be directed to help independent artists rebuild and maintain a sustainable and viable practice in these profoundly uncertain and fragile times," she says.

Prof. Lifschitz says a big part of the problem is that the government is overseeing the distribution of these funds instead of handing the entire process over to an independent body such as the Australia Council for the Arts.

“There needs to be a rigorous peer review process, entirely independent from political interests,” Prof. Lifschitz says. “This is to ensure these funds are allocated to organisations, companies and artists that are doing incredible work and pushing the boundaries of their respective art forms.”

A ministerial Creative Economy Taskforce will work alongside the government and the Australia Council for the Arts to determine the allocation of the funds for the arts sector across Australia.

But Prof. Lifschitz says she is concerned that there has not been sufficient transparency about who the members of the taskforce are and what cross-section of the community they represent.

“If we've learnt anything from the George Brandis ‘Catalyst' disaster, it’s that arts funding decisions belong with arts funding bodies, such as the Australia Council, and not with the government.”

And although Prof. Lifschitz welcomes the federal government’s support package, she also says it has come late in the piece.

“The industry has been decimated and needed this injection of hope, recognition and support so much earlier, not just for the morale and its emotional and psychological wellbeing, but also for its capacity to sustain itself without things effectively collapsing,” she says.

“It’s also very difficult as an artist, and as someone who teaches performing and creative arts in the university sector, not to perceive the government’s latest policies and its lack of overall recognition and acknowledgement of the role creative industries play in our society as an attack on culture, the humanities and the arts,” Prof. Lifschitz says.

“I'm trying to look at it from every possible angle not to see it like that. But it's hard at the moment not to perceive the arts and culture at large as being under threat.”

In late June, Education Minister Dan Tehan announced the cost of humanities degrees would double as part of the government’s tertiary sector overhaul. This followed significant job losses due to funding cuts to the ABC and the National Gallery of Australia.

Prof. Lifschitz echoes recommendations from the arts sector that JobKeeper is amended to support freelance artists, saying she hopes “some of the recently announced funds will end up in their pockets too”.

"I have many friends and colleagues who are freelance musicians, dancers, visual and performance artists who have lost a year's worth of income due to cancellations and venue closures, and who don’t qualify for JobKeeper. It’s a terrifying situation.”

Prof. Lifschitz says the huge number of Australians who are employed by the creative industries make a massive contribution to the economy, culture and well-being of our society.

She also says “a huge sense of anxiety and uncertainty” about what the performing arts and classical and contemporary classical music scene are going to look like going forward.

“Because even at the best of times, maintaining one's relevance and viability in this hugely competitive industry, is incredibly hard.”

She says as artists “we need to use our collective voices and energy [to lobby for funding] to stand up and fight for what we believe in because ultimately the arts and humanities are the lifeblood of our society and civilization”.

"There's just no society and no civilization if there is no art and beauty to help us reimagine and reinterpret the world, and that comes about through engaging with the arts – as a maker of art or as a consumer of art," she says.

"It gives us new perspectives, new ways of being in the world, and new ways of relating to each other.”

Australia's major summer arts festivals: reckoning with the past or retreating into it?