Opinion Infographic: how much does Australia spend on science and research?

The latest figures show Australia does not fare well compared with other OECD countries on federal government funding for research and development, write Merlin Crossley and Les Field. 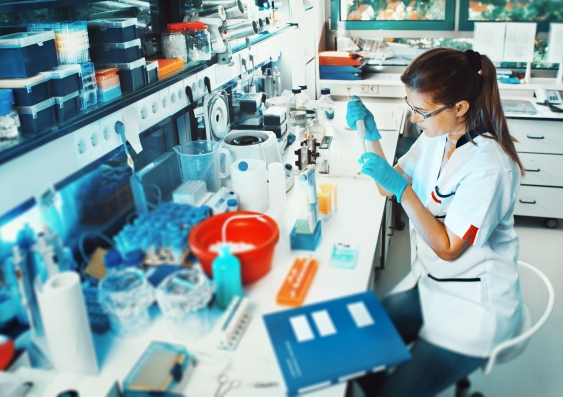 OPINION: The latest OECD figures show that Australia does not fare well compared with other OECD countries on federal government funding research and development.

As a percentage of GDP, the government only spends 0.4% on research and development. This is less than comparable nations.

But looking at total country spending on research and development, including funding by state governments and the private sector, the picture is not so bleak: here Australia sits in the middle among OECD countries.

Over the years, there have been hundreds of announcements and new initiatives but this graph indicates that, in general, it has been a matter of rearranging the deck chairs rather than committing to strategic investments in research.

Over the past decade, there have been some minor changes in funding to various areas, although energy has received the greatest proportional increase.

This pie chart reminds us that the higher education sector is a major provider of research and is highly dependent on government funding. It also tells us that business also conducts a great deal of research.

The timeline below shows that the government does listen and respond when issues arise. It has recognised the importance of the National Collaborative Research Infrastructure Scheme (NCRIS), the Australian Synchrotron and sustainable medical research funding by different initiatives.

But, sadly, one must remember that funding is effectively being shifted from one domain to another, and it has seldom been the case that significantly new commitments are made. The balance of red and blue shows how one hand gives while the other takes funding away.

This is remarkable, given that the ARC funds all disciplines, including sciences, humanities and social sciences, while the NHMRC essentially focuses on human biology and health.

This graphic also highlights the lack of any sustained funding strategy. The only clear trend is that the investment in the ARC has gradually declined and the NHMRC has grown.

This, in part, reflects the undeniable importance of health research. But it is also indicative of effective and coherent organisation and communication by health researchers. This has been more difficult to achieve in the ARC space with researchers coming from a vast array of disciplines.

Merlin Crossley is Deputy Vice-Chancellor Education and Professor of Molecular Biology, UNSW.
Les Field is Secretary for Science Policy at the Australian Academy of Science, and Senior Deputy Vice-Chancellor, UNSW.
This opinion piece was first published in The Conversation.
Twitter Facebook LinkedIn

What will a re-elected Coalition government mean for science and research funding?

Science funding should go to people, not projects