The official launch of the Torch Innovation Precinct at UNSW will represent a huge boost for Australian research. 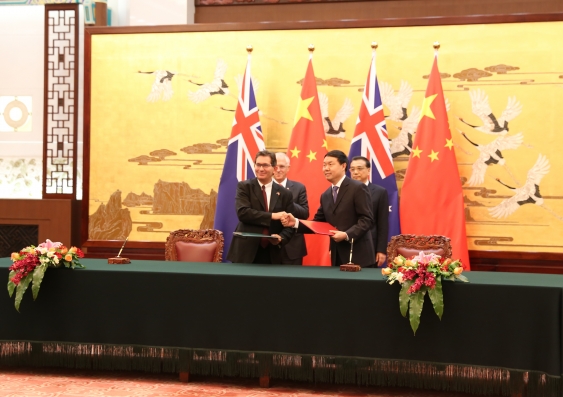 The official launch tomorrow (16 August) of the Torch Innovation Precinct at the University of New South Wales (UNSW) represents a significant boost for Australian research funding that will advance both the national innovation agenda and Australia’s bilateral relationship with China, our largest trading partner.

Modelled on China’s highly successful Torch program that promotes the co-location of businesses, universities and research organisations within dedicated science and technology parks to drive innovation, the Torch precinct at UNSW is the first outside China.

Since 1988, China has developed 150 Torch precincts nationwide that now generate some 7% of GDP, 10% of industrial output and 16% of export value. Deloitte Access Economics has estimated the Torch precinct at UNSW could boost Australian GDP by $1.1 billion in its first decade alone.

Prime Minister Malcolm Turnbull announced the establishment of the world-first Torch Innovation Precinct at UNSW during an official visit to Beijing in April this year.

An initial $30 million has already been committed by eight Chinese companies to support UNSW-led research in advanced materials, biotechnology, energy, and environmental engineering and a further $20 million worth of contracts for research into cancer drugs, water quality, photovoltaics and further work on advanced materials are expected to be signed in the coming months. The precinct aims to attract over $100 million in new industry research funding over the next five years.

The first joint laboratory to be established under the program – the the $10 million UNSW and Hangzhou Cable Joint Laboratory – will also be officially opened at UNSW later this week. It will support the development of ground-breaking UNSW research that overcomes costly leakages of power in the transmission of electricity. The partnership promises to deliver new graphene-based technology that could save some 275 terrawatt hours of power a year across China alone – more than Australia’s entire annual energy consumption.

The Torch Innovation Precinct at UNSW will be officially launched at a Gala Dinner at UNSW tomorrow night, attended by guests including the NSW Minister for Industry, Resources and Energy, Anthony Roberts, and the Director General of the Torch High Technology Industry Development Centre of China’s Ministry of Science and Technology, Zhang Zhihong. Mr Zhang will be leading a delegation of 50 prospective Chinese industry research partners, and Chinese government officials.

“The Torch partnership is an important milestone in the further development of Sydney as Australia’s global innovation city, and in ensuring that university research generates even greater economic impact and social progress,” he said.

“This is an example of UNSW proactively taking the initiative to put some real momentum behind Australia’s National Innovation and Science Agenda.”

Professor Jacobs and Mr Zhang will also speak at the AFR Innovation Summit in Sydney on Wednesday, 17 August. Like Australia, China is seeking to transform its economy through innovation. While Australia is seeking to go beyond its historic reliance on commodity exports, China needs to move beyond low-cost manufacturing.

“The Torch initiative aims to foster and develop the new knowledge that can deliver economic benefits and improves lives in both Australia and China,” Professor Jacobs said.

Universities must embrace China or miss out