A lecture hosted by UNSW’s Practical Justice Initiative will discuss how urgently we need to act to stop the impact of coal and liquefied natural gas exports on climate change. 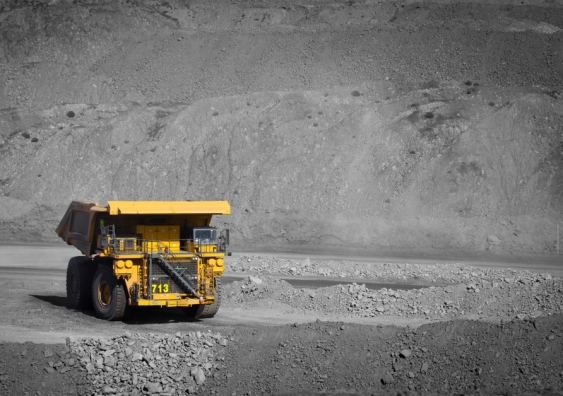 A truck transports coal from an open cut mine in Queensland. Photo: Shutterstock

The impact of Australia’s fossil fuel exports on climate change will be discussed at a Climate Transition Lecture hosted by the Practical Justice Initiative (PJI) at UNSW Sydney on September 17. Three experts will discuss how possible it is to phase out fossil fuel exports and, if so, how urgently we need to act.

Australia signed the Paris Climate Agreement in 2016, pledging to reduce the country’s greenhouse gas emissions by 26% to 28% against 2005 levels by 2030. But Professor of Philosophy at UNSW and Co-Director of the PJI in the Faculty of Arts & Social Sciences, Jeremy Moss, says if Australia is to be a truly responsible global citizen, we need to also take account of the emissions produced from our fossil fuel exports.

“This is something of an ethical minefield,” Professor Moss says. “Discussion of emission reduction in Australia usually focuses on reducing domestic emissions. Yet the emissions produced from our fossil fuel exports are twice as much again as our domestic emissions, and we need to reduce these rapidly.”

He says reducing our individual carbon footprints is good, but that won’t stop exports.

“Acting collectively as a society to phase out fossil fuel exports is a better intervention to prevent climate change.”

Director of Energy Finance Studies Australasia at the Institute for Energy Economics & Financial Analysis (IEEFA), Tim Buckley, will be speaking at the lecture.

“The idea that expensive imported coal or liquefied natural gas (LNG) will solve Indian energy poverty is nothing more than a PR spin,” he says.

However, Mr Buckley says as China, India and Japan move away from thermal coal to other sources of energy, Australia as a supplier of coal will have to respond.

“The fact that export thermal coal markets are in terminal decline is a given if the world is to deliver on the 2016 Paris Climate Agreement.”

Professor Moss questions whether governments should compensate businesses for their loss of earnings if fossil fuel exports are phased out.

“Or should businesses draw on their immense profits from the sale of fossil fuels to help fund their transition? And how much time do we have to get it all right?”

Another speaker at the event is Head of Ethics Research at Australian Ethical Investment, Stuart Palmer. Australian Ethical manages superannuation and investment funds aligned with their clients’ values. Mr Palmer evaluates the impacts that companies' products, services and operations have on people, animals and the environment. He says that reducing global emissions to zero requires collective action from governments, companies and consumers, and that collective action of this type is challenging to achieve.

“Investors have a crucial role to play in this. They can shift capital away from high-emitting activities to the businesses and infrastructure needed for a net zero world. They can also use their influence to encourage climate action by the companies they invest in and to promote more constructive climate policy debate,” he says.

Corinne Schoch is a senior adviser from Global Compact Network Australia, the Australian business-led network of the UN Global Compact. The Global Compact is the world’s largest voluntary corporate sustainability initiative and is a leadership platform for development, implementation, disclosure and innovation in responsible and sustainable corporate policies and practices.

Ms Schoch will speak about how Australia is risking billions of dollars in rescue packages and regions of poverty because it has no plan for what happens when coal-fired power plants shut down.

“Potentially, we could learn from Germany’s efforts to manage the Ruhr Valley coal industry,” she says. “It shut down in 2017 without sacking a single worker. In 1968, Germany placed all its coal mines into one company, but it also had the remit to manage the decline of the industry. It worked closely with state governments, unions, business and communities.”

Ms Schoch says Australia needs a national authority to manage the decline of the coal industry and others disrupted by technology and low carbon policies.

“Communities, business, unions, local and state governments are crying out for federal leadership, for clear, bipartisan policies and a knowledge base of solutions,” she says. “Inaction is not an option. We need courage and the right people in the room to face the mounting uncertainty confronting this industry and others.”

WHEN: Tuesday, September 17 at 6pm